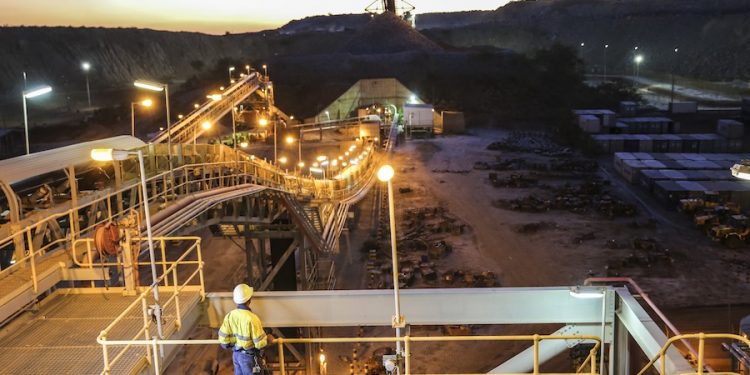 JAN 23, 2019 — Gold mining company-Acacia produced more gold than it anticipated in 2018, the company has reported in its latest operations update, though remains below 2017 performance.

“I am pleased to report that we have achieved gold production of 130,581 ounces for the fourth quarter, bringing our total gold production for the full year to 521,980 ounces,” Interim Chief Executive Officer Peter Geleta announced as the company released its Q4 results.

This is substantially ahead of the firm’s initial production guidance for the year of between 435,000 to 475,000 ounces.

“I am proud of the resilience, hard work and dedication shown by our people in realising this achievement despite a challenging operating environment,” Geleta said, with the new mining law in Tanzania being among the challenges investors have recently complained about.

Over the last 12 months, the firm focused on successfully stabilising the business, including a return to free cash flow generation in Q2. The company closed 2018 with a net cash balance of US$88 million.

Gold production for the last quarter was 130,581 ounces, slightly ahead of expectations, although 12 per cent lower than the prior year mainly due to the transitioning of Buzwagi to a stockpile processing operation, partly offset by higher gold production at North Mara and Bulyanhulu.

The company sold 133,460 ounces of gold in the quarter which was higher than production. The management has attributed this to favourable timing of shipments and draw down of finished gold on hand.

Full year production of 521,980 ounces was ahead of expectations for the year, although 32 per cent lower than 2017 due to the transition to reduced operations at Bulyanhulu and to stockpile processing at Buzwagi.

This combined with the better than expected performance of the Buzwagi processing plant with improved throughput and recoveries, and the favourable performance from tailings processing at Bulyanhulu helped the firm make the gains.

According to the firm, full year gold sales of 520,380 ounces were broadly in line with production. At North Mara, gold production for the quarter of 84,079 ounces was 17 per cent higher than the prior year of 72,018 ounces, mainly driven by 11 per cent higher head grades due to the higher grade ore received from the eastern part of the Nyabirama open pit.

Buzwagi gold production of 35,880 ounces for Q4 2018 was 51 per cent lower than the prior year of 73,604 ounces as a result of the mine transitioning to primarily a lower grade stockpile processing operation in 2018 in line with its remaining life of mine plan.

Mining of the final cut of higher grade ore remaining at the bottom of the pit and switchbacks was largely completed during the quarter, resulting in slightly higher than expected production.

Bulyanhulu produced 10,622 gold ounces for the quarter, above the prior year of 2,855 ounces which was negatively impacted by a drought in the Kahama district, resulting in a temporary halt in the retreatment of tailings in Q4 2017.

All production continued to be produced from the retreatment of tailings as a result of the underground mine being placed on reduced operations in late 2017.

Acacia will be releasing its 2018 preliminary results and 2019 guidance on 11 February.

The Acacia Group also has a portfolio of exploration projects in Kenya, Burkina Faso and Mali. Acacia is a UK public company headquartered in London.

It is  listed on the Main Market of the London Stock Exchange (LSE)  with a secondary listing on the Dar es Salaam Stock Exchange(DSE).Barrick Gold Corporation is the majority shareholder.

Acacia’s performance is hugely influenced by changes or developments in political, economic and business conditions or national or local legislation or regulation in countries in which it operates.

According to the management, the company also adjusts to industry trends, competition, fluctuations in the spot and forward price of gold or certain other commodity prices (such as copper and diesel), currency fluctuations (including the US dollar, South African rand, Kenyan shilling and Tanzanian shilling exchange rates).

It has been counting on the ability to successfully integrate acquisitions, ability to recover its reserves or develop new reserves, including its ability to convert its resources into reserves and its mineral potential into resources.