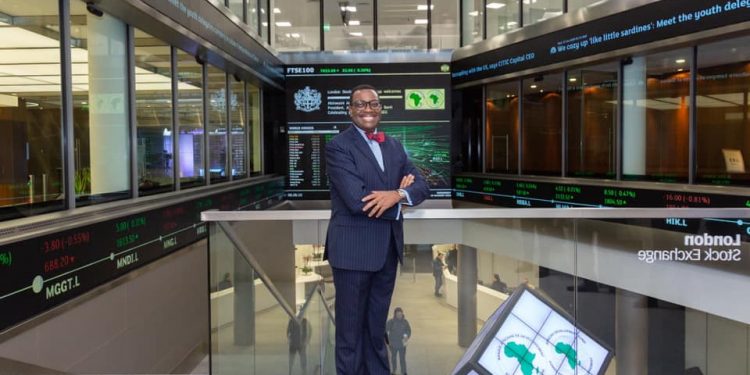 Speaking during the launch of this year’s African Economic Outlook 2020: Developing Africa’s workforce for the future, AfDB President Akinwumi Adesina said that out of the 12 million graduates, only 3 million of them getting jobs, the mountain of youth unemployment is rising annually.

With a population of 1.2 billion people that is expected to rise to 2.5 billion by 2050, a rising middle class, rapid urbanization – and a labor work force that will rise from 705 million today to well over 1 billion in the next 10 years – Africa offers huge market and investment opportunities. The Africa Continental Free Trade Area makes Africa a market worth $3.3 trillion.

Why Africa can no longer be ignored.

Mr Adesina says that African economies are growing well, higher than the global average. Our African Economic Outlook estimates show that growth is projected to rise from 3.4 per cent in 2019 to 3.9 per cent in 2020 and 4.1 per cent in 2021.

The study notes that for the first time in a decade, investment expenditure rather than consumption accounts for more than half of GDP growth; report calls for urgent investment in education and infrastructure for good returns in long-term GDP.

According to the study, East Africa maintained its lead as the continent’s fastest-growing region, with average growth estimated at 5.0 percent in 2019; North Africa was the second fastest, at 4.1 percent, while West Africa’s growth rose to 3.7 percent in 2019, up from 3.4 percent the year before.

In 2019, for the first time in a decade, investment expenditure, rather than consumption, accounted for over 50 per cent of GDP growth. This shift can help sustain and potentially accelerate future growth in Africa, increase the continent’s current and future productive base, while improving productivity of the workforce.

As part of Jobs for Youth in Africa strategy, the Bank launched the establishment of Coding for Employment Program, designed to develop young digital entrepreneurs. AfDB hopes to develop 130 centers of innovation over the next five years to help create 9 million direct and indirect jobs. AfDB’s experience so far from ongoing programs in Rwanda, Nigeria, Kenya and Senegal has been impactful. Some 2,000 youth (46 per cent women) were trained in just three months, between March and June 2019.

“There is need to expand financing for education at all levels, primary, secondary and tertiary. The educational system must adequately prepare the youth for the labor market. Priority must be placed on improving access to vocational skills training, reducing the mismatch between training and needs of the labor market, and providing greater incentives for the private sector to support young people with on-the-job training opportunities, as well as entrepreneurship,” Said Adesina.

The 2020 AEO, themed Developing Africa’s workforce for the future, calls for swift action to address human capital development in African countries, where the quantity and quality of human capital is much lower than in other regions of the world.

The report also noted the urgent need for capacity building and offers several policy recommendations, which include that states invest more in education and infrastructure to reap the highest returns in long-term GDP growth. Developing a demand-driven productive workforce to meet industry needs, is another essential requirement.

“Africa needs to build skills in information and communication technology and in science, technology, engineering, and mathematics. The Fourth Industrial Revolution will place increasing demands on educational systems that are producing graduates versed in these skills,” the report noted.

“Let’s look at the real lives beyond the statistics. Let’s hear their voices, let’s feel their aspirations.” Said AfDB’s president.

“Just think of the following: Foreign Direct Investment to Africa rose by 11 per cent in 2019, compared to just 4 per cent in Asia, while it declined by -13 per cent globally and by -23 per cent for developed economies. However, Africa faces important economic headwinds that could affect future growth. Global trade tensions have weakened global trade volumes, whose growth rate declined from 5.7 per cent in 2017 to just 1.1 per cent in 2019.” Mr Adesina pointed out.

Another challenge, the president said, has been the impact of climate change, especially from the extreme weather patterns such as cyclones that devastated Mozambique, Malawi and Zimbabwe, as well as widespread drought across southern Africa and East Africa.

Also read: Africa is one of the most promising hotel investment regions