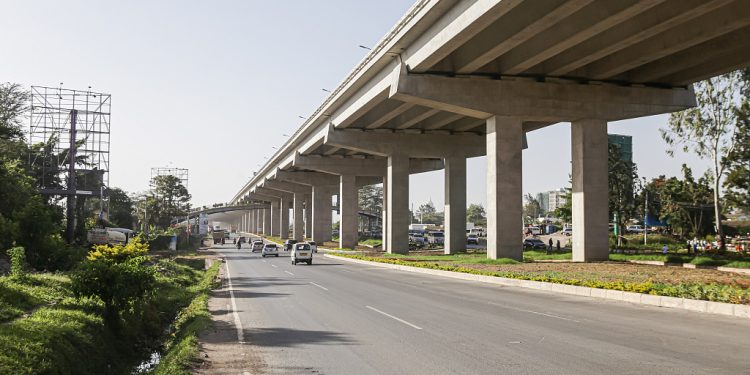 AfDB estimates that the continent’s infrastructure financing needs will be as much as 170$ annually by 2025, with an estimated gap of around $100 billion a year, with around a third required for essential maintenance of existing networks.

Africa’s infrastructure deficit has been an existential hurdle that has stagnated the continent’s development.

Inarguably, infrastructure remains a vital enabler for productivity and sustainable economic growth across all sectors. Albeit efforts have been made to help seal the deficit, Sub-Saharan Africa’s infrastructure continues to lag behind other regions globally.

With Africa’s population growing faster than any other continent, efficient transport networks, clean green energy, reliable communication systems, and affordable housing – all comprise of the different forms of infrastructure – are a dire necessity. There is an urgent need for roads, ports, railways, dams, pipelines as well as power and telecommunications networks which offer numerous benefits especially in boosting business and commerce.

According to the World Bank, between 2000 and 2010, the advances in African infrastructure investment were more impactful in driving growth than any other form of capital investment. To boot, Agenda 2063 on the Africa We Want, encapsulates under aspiration two of the key goals of building world-class infrastructure by improving connectivity through newer and bolder initiatives to link the continent by rail, road, sea and air whilst developing regional and continental power pools as well ICT.

In the last six years, the Bank has committed over $44B to infrastructure across the continent in the areas of transport, energy, water and sanitation. In 2019, AfDB through its Africa Investment Forum (AIF) platform, helped secure 52 deals worth $40B of investment towards infrastructure in the continent. In 2021, all but three of the twenty-five nations with the weakest overall infrastructure were located in Sub-Saharan Africa, with Chad, South Sudan and Central African Republic (CAR), being the weakest performers.

In transport infrastructure, nine of the ten weakest performing countries were also found to be within the region.

Furthermore, AfDB estimates that the continent’s infrastructure financing needs will be as much as $170B annually by 2025, with an estimated gap of around $100B a year, around a third of which will be required for essential maintenance of existing networks. Such levels of expenditure call for African nations to spend an additional 1per cent of GDP annually on infrastructure, above the 3.5 per cent spent consistently since 2000.

Foreign loans have financed the bulk of infrastructure in the continent.  Chinese firms have been instrumental in building Africa’s infrastructure from airports, skyscrapers, dams, seaports, and roads to internet connectivity. According to Deloitte, Chinese firms were responsible for 31 per cent of all infrastructure projects in Africa, with a value of $50M.

They have dominated the market, outdoing American and European companies who back in the 1990s got over 85 per cent of construction contracts on the continent, with the Chinese barely winning any. Research by the World Bank indicates that demand for infrastructure spending solely will be more than $300B a year by 2040.

With perspective on this yawning gap and how to address it with concrete solutions pertinently how to accelerate investment and allocate more capital to infrastructure, was a key topic of discussion during the recently held third edition of the Infrastructure Solutions Summit in Abuja, Nigeria, hosted by the Africa Finance Corporation (AFC).

The flagship summit offered a unique platform to broker deals and unveil AFC’s Pan-African purpose, and its aim to accelerate transformative impact across the continent. The event marked the launch of AFC’s $2B intervention bringing together several prominent Africans including former President Olusegun Obasanjo and Nana Akufo-Addo, and Vice President Yemi Osinbajo among many other key players.

The Summit had been preceded by the Paris Infra-week event held in October 2021 under the theme ‘Driving the Next Generation Infrastructure World’ which fronted the urgent need for investment in the continent’s economic and social infrastructure. This post-pandemic edition addressed the role of infrastructure strategy in the global economic recovery and the roadmap for a new generation of quality infrastructure projects aligned with the UN’s Sustainable Development Goals (SDGs).

The Summit for the Financing of African Economies, initiated by France marked a step forward in mobilizing infrastructure financing in the continent from the European Union and the broader international community.

Most African countries lag behind the rest of the world in the coverage of key infrastructure classes including energy, road and rail transportation, together with water infrastructure. Development of Africa’s infrastructure has been met by colossal roadblocks, which have largely stemmed from the endemic systemic corruption that continues to ail the continent, making it one of the biggest hurdles to development. Consequently, this has made attracting foreign investment a nightmare.

This further affirms the description by McKinsey and Company that the continent faces an infrastructure paradox whereby Africa’s track record in moving projects to financial close is poor. Despite the high demand for projects, sufficient supply of capital and investors, coupled with voluminous potential projects there is insufficient investment in infrastructure projects within the region.

Presently, more than two-thirds of the global population without access to electricity is in Sub-Saharan Africa, which is an equivalence of 600 million people. For instance, in Mali, the average person uses less electricity in a year overall, than a Londoner uses to just power their tea kettle. In addition, with the population bulge, forecasts reveal that Africa’s demand for electricity will quadruple between 2010 and 2040.

Despite the energy and communications infrastructure in Sub-Sahara making significant contributions to the region since 2011 the growing proportion of people with access to 2G, 3G and 4G networks, recording an increase from 47 per cent to 71per cent, most communities in Africa lack any connection to the grid. This power crisis needs to be addressed to curb the chronic shortage of electricity supply demands.

Infrastructure needs to not only be developed but deliberate efforts made to effectively maintain them in good condition. Africa needs to strengthen her local and regional financial markets by reducing the cost of doing business and restructuring the financing of projects. Countries in the continent need to attract private finance to complement public resources by forging effective partnerships.

Furthermore, a commitment by African leaders to deliver major capital projects effectively must be demonstrated and due diligence made to ensure funding arrangements do not become debt traps as is assumed of China.

During the Paris Infra-week Summit, it was greatly emphasized that infrastructure systems based on digital and technological solutions must be climate-friendly, resilient, socially inclusive, and fiscally transparent and sustainable all in line with the G20 Principles for Quality Infrastructure Investment.

He stresses that institutional investors such as sovereign wealth funds, insurance companies and pension funds have the potential to scale up infrastructure financing from billions to trillions, noting that the pool of capital is vast but that only a paltry 0.03 to 0.04 per cent, is required to bridge the infrastructure financing gap in Africa. By the same token, accelerating regional integration pertinently through trade and investment is vital to reducing infrastructure costs.

For instance, the African Continental Free Trade Area (AfCFTA) is already proving essential for this endeavour. Africa has the opportunity to build the infrastructure that its people and businesses need as a key ingredient to the continent’s economic development, quality of life and the growth of its business sector.