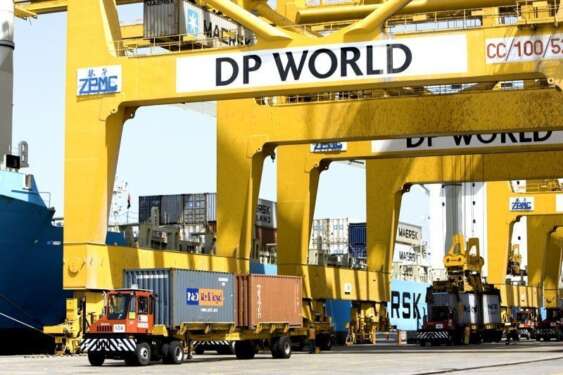 by Vishal Sharma
in Investing
0
Share on FacebookShare on LinkedIn

Dubai-based port operator DP World has been selected as the preferred bidder for a 20-year concession to operate the multipurpose terminal (MPT) at the port of Luanda, Angola.

According to the Luanda’s port operator, the government of Angola and DP World have now entered into a formal discussion on the concession agreement.

Over the 20-year period of the concession, DP Wolrd said it plans to invest  $190 million with plans to acquire new equipment and revamp existing infrastructure so as to bring operations in line with global standards and improve the efficiency of the MPT. The broader aim is to increase the annual throughput to approximately 700,000 TEUs per year. The plan also aims to train and develop existing staff.

The MPT  handles both containers and general cargo with a quay of 610 metres with a depth of 12.5 metres and a yard of 23 hectares.

The agreement will bring the first seaport terminal on the Western Coast of Southern Africa to be operated by DP World which will extend the company’s footprint in Africa further.

The group chairman and CEO of DP World, Sultan Ahmed bin Sulayem said: “We believe in Angola’s strong potential for further economic growth and are keen to play our role in the country’s development. Angola’s location on the Atlantic Ocean in Southern Africa means it has the opportunity to benefit from flows of trade into the surrounding region.

“DP World has a strong track record in Africa and across the world, of operating ports and logistics businesses to the highest standards, creating trade corridors, and contributing to the economic growth in the countries in which we work.” He added

This month also DP World and the Government of Senegal, have signed agreements for the development of a deepwater port at Ndayane. DP World Dakar will invest $837 million in the first phase of the project which will make it the single largest private sector investment in the history of Senegal and is expected to be followed by the second phase of investment of $290 million.

In December 2020 DP World also signed a Memorandum of Understanding with the Rwanda Development Board to Rwanda the first country in which it will launch its new global B2B and B2C e-commerce platform, DuBuy early next year.

According to the MoU, Rwanda will become DP World’s initial hub for expanding e-commerce across the East Africa Community.

The MoU aims at making it easier for Rwandan businesses to engage in international trade which will further strengthen commercial trading links between the UAE and Rwanda.

The DuBuy platform will help Rwanda promote its exports of coffee, tea and horticulture. DP World has already invested in world-class port and logistics facilities in Kigali.

Rwanda’s consistent superior annual rating in the World Bank’s global “Ease of Doing Business” rankings and its commitment to international trade and investment made DP World choose it for the launch of the platform.

“DP World is a committed partner and investor in Rwanda. The country’s favourable investment climate, commitment to training and education, and determination to lead Africa in job creation and industrial advancement through technology, makes it a strong and obvious location to launch our new global e-commerce site. Collaborating with the Rwanda Development Board, I am confident that we can open international trade further to Rwandan businesses – within Africa and beyond”. Said Suhail Al Banna, CEO and Managing Director – the Middle East and Africa at DP World.

Last year in November, DP World signed a Memorandum of Understanding (MoU), with Namibia’s Nara Namib Free Economic Industrial Zone today to develop a free economic zone for industry and logistics in Walvis Bay to support the growth of Namibia as a regional hub for Southern Africa.

The development will help Namibia grow as a centre for industrial operations and logistics, creating opportunities and jobs across multiple sectors including fishing, automotive, agriculture and mining.

Also Read: Kenyan headquartered DPO Group to be acquired by Dubai based Network International for $288 Million