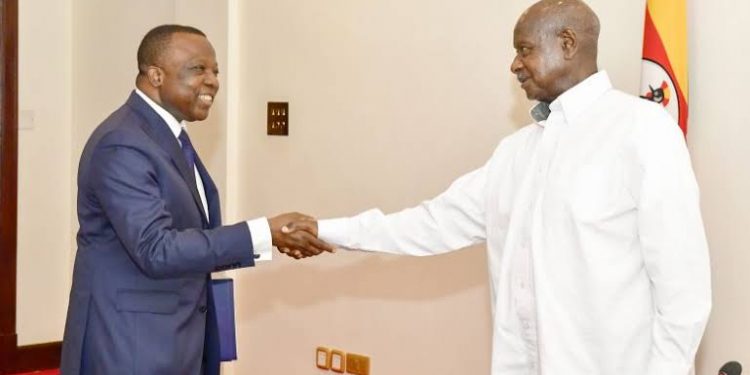 According to a statement given by the French embassy in Uganda, the delegation will be in the country from 25th to 26th November 2019.

by Caroline Muriuki
in Investing, Uganda
0
Share on FacebookShare on LinkedIn

French business delegation of more than 25 companies will visit Uganda to explore business opportunities, invest in Uganda and create partnerships for trade.

According to a statement given by the French embassy in Uganda, the delegation will be in the country from 25th to 26th November 2019.

The business delegation is an initiative of MEDEF International – the French business confederation with 170,000 member companies and ten million employees.

The initiative is supported by the Ugandan embassy in Paris, the French embassy in Kampala and Ugandan authorities.

The business delegation will be led by Momar Nguer, Chairman of the Africa Committee of MEDEF International and President Marketing and Services and member of the Executive Committee of Total.

According to the statement from the embassy, the delegation will mainly discuss major opportunities and challenges affecting the country.

“The French companies are eager to develop their activities, partnerships, and investments in Uganda,” the embassy said.

The firms represent a large range of sectors such as transports, infrastructure, industrial projects, aeronautics, logistics, utilities, energy (including renewable energy), water management, ICT, banking and financial services, service to government, among others.

With the support of the MEDEF International counterpart and the private sector foundation of Uganda (PSFU), French business leaders will have the opportunity to meet with high ranking Ugandan authorities and business leaders during the two-day program.

“Trade between Uganda and France can definitely to better. We (France) do not believe that there can be development in Africa without SMEs, however, we should not forget the big companies,” said Jules-Armand Aniambossou, the Ambassador of France to Uganda

Aniambossou said that the embassy is planning a day and a half return visit for Ugandan firms to meet and benchmark the very best French firms in Agriculture and Tourism at the sidelines of the 2020 Africa- France summit in Bordeaux.

The fast-developing economy in Uganda and growth of 6% in 2018, as well as its fast-growing population, were highlighted in the embassy’s statement as major factors for the interest of French companies in Uganda.

Exploring how AfCFTA can avail cheaper medicines for Africa