Cashless – the way to go

by Alex
in Money Deals
0

The launch of the banking industry mobile and electronic payments platform early this year, coupled with increased use of mobile money, pushed up the value of cashless transactions in Kenya by 10 per cent in the first nine months of 2017. Due to its convenience and relative security as opposed to use of cash, mobile money payments stood at KSh2.7 trillion in the period between January-September 2017 compared to transactions valued at KSh2.46 trillion in a similar period in 2016. This is according to the latest data from Kenya’s central bank.

Aside from increased uptake of the cashless modes of payment by individuals and corporates, the growth of the e-commerce industry in the country further highlights significance of the growing use of mobile money in making transactions.

The latest statistics from the Communications Authority of Kenya shows that mobile money subscriptions currently stand at 28.1 million. With a market share of 74.2%, Safaricom’s mobile money service, M-Pesa is a dominant player in the country’s mobile money market. Other players include Airtel Money, Telkom Money, Equitel, Tangaza and MobiKash. Earlier this year, Kenyan banks launched an industry mobile payments system that put them in direct competition with M-Pesa and other mobile money providers.

“With the rapid population growth of 2.6%, the mobile penetration rate at 88.7% and technological advancements, we expect increased growth in mobile payments segment as more firms adopt the convenient medium of money transfer,” analysts at Nairobi-based Cytonn Investments said in a market update.

The growing use of mobile money as a model of choice in the payments industry has seen a gradual decline in the value of transactions made through electronic cards. In the nine month period to September 2017, the number of transactions conducted through electronic cards fell by half a million, with consumers’ preference for mobile money growing strongly. In the nine month period of 2017, there were 160.7 million card transactions down from 162 million in the same period during 2016, according to the Central Bank of Kenya data. Within the same period, the regularity in use of mobile money increased by 18% to 1.14 billion transactions, from 961.3 million deals over a similar period in 2016.

While banks do not pose an immediate challenge to the dominant M-Pesa platform, analysts reason that M-Pesa will continue to gradually lose market share to the rivals.

However, banks and other institutions continue to partner with M-Pesa to leverage on its success to cut transactions costs associated with operating brick-and-mortar branches, increase their income sources, attract customers to their service offerings and enable the real time execution of transactions. Currently, M-Pesa works with at least 40 banks and serves about 3.5 million customers each month through the mobile money platform.

Other types of electronic transactions are increasingly becoming popular with the different players in the financial services sector. For instance, more and more customers are now using mobile applications as an alternative to carrying out transactions within banking halls, at automated teller machines (ATMs) or at agency banking outlets.

With the increasing automation of financial services and the unstoppable growth of mobile money in Kenya and across East Africa, a significant downside that cannot be denied is many people are losing their jobs as a result. 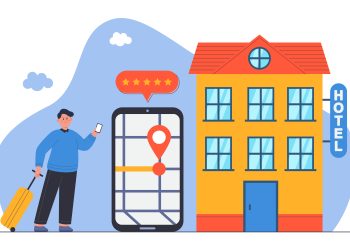 Firms pledge to invest in Tanzania for industrial revolution