The Impact of a Youthful Population in East Africa

The indicator in question in this column is figure is 17.6.

So how does 17.6 years as a median age compare to other locales around the world?

If the EAC were a country it would be the 13th youngest country in the world with Uganda, Burundi, and Tanzania bringing down the weighted average against the relatively older Kenya.  To add perspective, the median age of both the #1 and #2 economies of USA and China are more than twice as old at 37.8 years and 36.8 years respectively than an East African.  Even more dramatic, aging Japan has 46.5 years as a median age and not surprisingly has a large retired population.   Other countries in Africa are the closest in median age of the population followed by economically challenged areas of the Middle East.

Food, lots of it.  A younger population means more mouths to feed.  In addition, East Africans have children younger than citizens of other developing nations.  Education – both secondary, tertiary, and vocational education will continue to experience high aggregate demand.  Energy – either at home or in some productive means will be required for all the people.    Telecom services tend to be very popular among more youthful populations.

Do local markets have the ability to meet the demands of this young and growing population?

On the food front, East Africa has tremendous arable land available for farming though complex land rights issues and lack of capital for use of modern farming techniques limit potential.

Education is sorely lacking throughout the EAC and affordable private schooling is entering the marketplace with early signs of success.  It is likely that increased options and suitability of vocational and other means of education will emerge in the upcoming years to meet demand.

To meet its energy needs, thankfully, East Africa has high potential for renewables such as solar with rapidly decreasing costs as well as traditional energy sources such as natural gas and other carbon based energy sources.

Telecommunications is one of Africa’s great growth stories. Telecom services, mobile money transfers and mobile banking are making first impressions on youngsters all throughout the East African community.

With the scalability of telecom towers and networks, any location economically viable can connect East Africans to the sum of human knowledge through the magic of the internet.

What are the economic implications of millions of young East Africans coming of age in the upcoming years?

East African citizens have the benefit of development of the remainder of the world and can leapfrog over the past and skip the expensive learning curves that have come with it.  Things such as land line telephones, electrical poles to homes and businesses, bank branches, money transfers, and a host of other services have cost developing nations hundreds of billions of dollars, costs which were passed on to consumers.  Not so for today’s East African youngster.

It is highly likely that new brands and entire categories of businesses will emerge to meet the needs of the youngest and most interesting generation on the planet today.

David L. Ross is Managing Director of Statera Capital and US Ambassador to the Open University of Tanzania active in growing companies in Eastern and Southern Africa through primary investment, investment advisory, strategic partnerships, and executive education.Connect on LinkedIn at https://tz.linkedin.com/in/davidlross1 or at [email protected]

Catherine Mandler is a Senior Analyst at Statera Capital. Connect on LinkedIn at http://www.linkedin.com/in/CatherineMandler  or at [email protected] 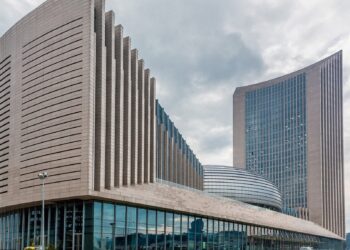 Just How Much Gold is Beneath the Surface in East Africa?