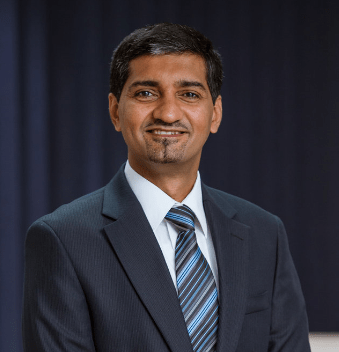 by Opinion
in Africa's Development, African Entrepreneurship, Opinion
0
Share on FacebookShare on LinkedIn

Globally, Central Banks have various tactics designed to influence the availability and cost of money to achieve macroeconomic objectives like growth, liquidity, consumption and inflation.

Bank of Tanzania’s mandate with regards to monetary policy as per section 7 (1) of the Bank of Tanzania Act 2006 states: “The primary objective of the Bank shall be to formulate, define and implement monetary policy directed to the economic objective of maintaining domestic price stability conducive to a balanced and sustainable growth of the national economy”.
Section 7(2) of the Bank of Tanzania Act, 2006 further states that: “Without prejudice to subsection (1), the Bank shall ensure the integrity of the financial system and support the general economic policy of the Government and promote sound monetary, credit and banking conditions conducive to the development of the national economy.” Central Banks have various tools in their arsenal in managing monetary policy. However, the outcome and severity of an action taken varies from country to country given the multi variables at play. Open Market Operations, Reserve requirement and Discount Rate are the three primary tools that influence availability and cost of money. Open market operations are when central banks buy or sell securities. These are bought from or sold to the country’s private banks. When the central bank buys securities, it adds cash to the banks’ reserves that gives them more money to lend. When the central bank sells the securities, it places them on the banks’ balance sheets and reduces its cash holdings. The bank now has less to lend. A central bank buys securities when it wants expansionary monetary policy. It sells them when it executes contractionary monetary policy.
Reserve requirement is the money banks must keep, either in their vaults or at the central bank. This requirement is usually regulatory and expressed as % of customer deposit required to be kept aside. A low reserve requirement allows banks to lend more of their deposits. It’s expansionary because it creates credit. While a high reserve requirement gives banks less money to loan since a higher percentage of deposit needs to be kept at Central bank. Reserve requirement do not change often because of operational challenges involved.
In March 2017 the BOT lowered the statutory minimum reserve by 2% to reach 8%, this amendment was made so as to encourage economic growth by increasing the lending capabilities of the banks.
When the Central Banks charge its members to borrow at its discount window, it charges them a discount rate. Since the rate is high, banks only use this if they can’t borrow funds from other banks. There is also a stigma attached to this third option, the financial community assumes that any bank that uses the discount window is in trouble. Only a desperate bank that’s been rejected by others would uses this window.
In August 2018, BOT implemented expansionary monetary policy by slashing their discount rate from 9% to 7%, the move, was in an effort to promote credit growth and bolster economic activities within the country. In Tanzania, the monetary policy targets contained in the Monetary Policy Statement are revised during the mid-year review to reflect the updated macroeconomic performance. In 2017/18 Bank of Tanzania aimed at achieving the following monetary policy targets;
Ø Annual growth of average reserve money of not more than 10.7%
Ø Annual growth of broad money supply (M3) of not more than 12%
Ø Annual growth of private sector credit not exceeding 11.5%
Ø Maintaining gross official reserves at levels adequate to cover at least 4.0 months of projected imports of goods and services
Monetary policy is hard and is about fine balancing between economic growth and contraction. If loose monetary policy striving to end a recession goes too far, it pushes aggregate demand and triggers inflation. On the other hand if tight monetary policy striving to reduce inflation goes too far, it may push aggregate demand and trigger recession.
In the best of times, it requires a well-informed understanding of the economy and the ability to respond in a timely manner. In less favorable conditions, monetary policy requires near omniscience and the herculean power to stop economic disasters from unfolding.

How full inclusion and participation of women produces vibrant economies