Uganda, Dec 29 – Japanese multinational Toyota has unveiled major plans from the company to manufacture electric or hybrid version of each of its models by 2025. The exciting plans serve as an amazing option to East Africa Toyota enthusiasts that will undoubtedly come with bragging rights as they envied other car manufacturers that had made earlier moves on the same.

The electric versions of the Toyota brand enthusiasts will see the company progress to a more tech world that places it on a competitive pedestal.

The announcement does not come cheap from the car manufacturing industry. There is a lot of input in coming up with high-tech machines. The brand is hoping to sell more than 5.5 million electrified vehicles, which include close to a million zero-emission cars by 2030. The move is inclined to phase out the combustion-only versions.

In order to hit their mark, the brand has identified China as the focal market to purchase its products; acquiring more than 10 different pure battery electric vehicles come 2020. With the dynamic change in demographic, Toyota believes there is a huge chance of making the most out of it to reach the targeted goals.

According to a statement by the company, the brand acknowledges that batteries are the key components in technology of electrified cars. They present limitations relating to energy density, weight and cost in that pecking order.

One of its major plans that were rolled out in 2015 was an Environmental Challenge 2050 plan. The plan included a number of environmental protection targets as reducing the emission of gases by 90 per cent from vehicles.

Toyota is Africa’s most popular brand that has set its influence in all 54 countries of the continent. The wide readily available market has made the brand one of the most successful car manufacturers in the continent of Africa, where in 2015, the African market accounted for its 14 per cent sales of vehicles.

Toyota becomes the second major car manufacturer to announce plans to go electric, after Volvo which announced that each of its models launched after 2019 will be electric. 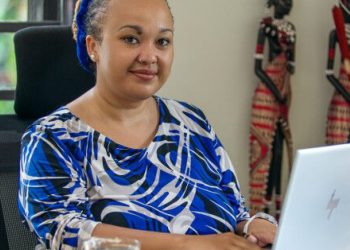