It provides a forum for emerging ideas and empirical results of economic research with policy makers, regulators and opinion makers in the United Republic of Tanzania - EST.

by Giza Mdoe
in Trending
0
Share on FacebookShare on LinkedIn

The launch was led by Finance and Planning Minister Philip Mpango and its membership comprises a pool of Tanzanian professional economists from across the country and abroad.

The think tank, which is actually been revived after it ceased operations in the 90’s and will now serve as a platform for the country’s economists to deliberate the nation’s economic development and advice on the best way forward.

It provides a forum for emerging ideas and empirical results of economic research with policy makers, regulators and opinion makers in the United Republic of Tanzania – EST.

Registered as an NGO, the primary objective of the society is to raise public awareness, and stimulate public interest and debate in economic issues.

It does this by organizing conferences, talks, workshops and public lectures and by conducting studies on issues, either on its own or in partnership with other organizations.

EST brings together members of the economics profession in academia, research institutes, the government and business sectors and provides a platform for discussions on issues facing the Tanzania economy and the region.

Objectives of the EST

While Tanzania’s economy has remained strong, it has had a bit of an uphill climb of late. Non Performing Loans are on the rise while credit has fallen.

Only recently, the Bank of Tanzania ordered banks and financial institutions in the country to take immediate and comprehensive action to address the situation.

The BoT said the shrinking credit and rising NPLs spells trouble for the economy and should the trend continue, it could have diverse negative effects on the country’s development plans.

So the central bank ordered banks and other financial institutions to take several measures but also offered them incentives.

Several regulations were eased for the next few years to allow for more lending, however, new borrowers will now under go more stringent vetting before they can borrow.

Unemployment remains considerably high and agriculture (which employs over 80%) of the country is under performing. 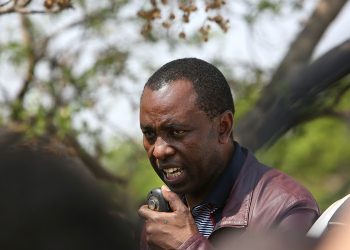 Exhibition on alternative packaging kicks off in Kenya