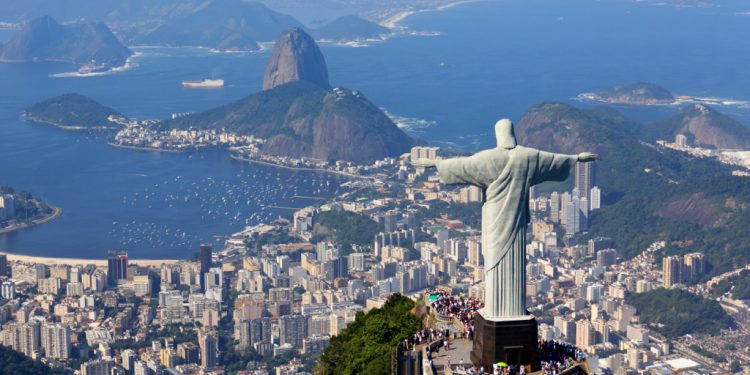 The two-day meeting is being held under the theme "BRICS in Africa: Collaboration for Inclusive Growth and Shared Prosperity in the 4th Industrial Revolution"

The South African business delegation has arrived in Brazil to participate at the 12th Latin American Defence and Security Exhibition (LAAD).

The exhibition which opened on Tuesday in Rio de Janeiro, Brazil, will end on Friday, 5 April.

Companies exhibiting in the South African Pavilion have been assisted by the Department of Trade and Industry (the dti) through the Export Market Investment Assistance Scheme (EMIA), which aims to increase exports of South African manufactured products.

The South African Consul-General in Brazil, Malose Mogale commended the efforts undertaken by the dti in bringing this diverse crop of companies in the South American region and emphasised the strategic importance of Brazil to South Africa.

“Brazil remains a strategic partner for us in this region and the LAAD platforms offer us potential opportunities not only in this country but within The Mercado Comun del Sur or the Southern Common Market economic and commercial group, which Brazil is a member of,” said Mogale.

“As the mission, our primary aim is to urge South African companies to guard against compromising their intellectual property,” said Mogale.

“We have noticed that this is one aspect of conducting business that is generally neglected and we request that they approach the mission to confirm the authenticity of companies they are engaging with as we have a database of companies that we update regularly.

“Also, our companies must ensure that a certain aspect of their production remains local as that will be beneficial to creating jobs and growing the economy of the country,” he said.

Meanwhile, the South African chapter of the BRICS Business Council began hosting the group’s mid-term meeting in Johannesburg on Tuesday. The meeting which ends Wednesday will also mark the handing over of the rotating chair of the Council to Brazil.

The two-day meeting is being held under the theme “BRICS in Africa: Collaboration for Inclusive Growth and Shared Prosperity in the 4th Industrial Revolution”.

About 300 delegates, government leaders from the BRICS member countries, including the economic bloc’s captains of industry and domestic and international opinion makers are attending the meeting.