They are known to be the backbone of man, the ray of sunshine to the society, the midwives of destiny, the beacon of hope to the community, the home of the house, and the pillar of integrity. Women are equally important as man is, though their voices not loud enough but their actions bring them on the limelight.

Today, 8th March, the world will raise its eye brow in delight, a standing ovation to the women in our lives as we celebrate Women’s Day, commemorating the plethora of success, a horde of opportunities and galaxy of potential, as we roll back the curtains of memories and reflect this year’s theme of “Women in the Changing World of Work: Planet 50-50 by 2030”.

Oisika Chakrabarti, a Senior Communications and  Media Specialist at UN Women notes that technological advances, mobility of labour, the green economy and globalization can bring unprecedented possibilities for women if they have access to relevant education and training.

On the other hand, an increasing number of women are stuck in the low-paid informal economy with no social protection.

Women and girls also still carry an enormous unpaid care burden and face other barriers, such as unequal pay, lack of paid parental leave and flexible work arrangements, which significantly impact their participation and contribution to the global economy.

The statistics are staggering: only about 50 per cent of working age women compared to 76 per cent of men are represented in the labour force globally today, and women take on 2.5 times more unpaid work than men. The global gender pay gap is 23 percent.

“We want to construct a different world of work for women. As they grow up, girls must be exposed to a broad range of careers, and encouraged to make choices that lead beyond the traditional service and care options to jobs in industry, art, public service, modern agriculture and science,” said Phumzile Mlambo-Ngcuka, UN Women Executive Director in her message for the Day.

“In roles where women are already over-represented but poorly paid, and with little or no social protection, we must make those industries work better for women. For example, a robust care economy that responds to the needs of women and gainfully employs them; equal terms and conditions for women’s paid work and unpaid work; and support for women entrepreneurs, including their access to finance and markets,” she reiterated.

Along with a wide range of events across the globe, in New York, the commemoration of the Day will include a special event at the United Nations Headquarters, bringing together activists, celebrities, business industry leaders, UN senior officials and Member States.

At the event, Anne Hathaway will deliver a keynote address in her first public appearance as UN Women Goodwill Ambassador, with a focus on unpaid care work and paid parental leave.

Now in its second year, the HeforShe Arts Week is commemorated annually for one week with the aim of raising awareness and funding for gender equality through the arts.

More than 60 cultural institutions will join the New York events including the Empire State Building, the MET and Guggenheim Museums, Gotham Comedy Club, and the Tribeca Film Festival, along with events across eight cities from London to Sao Paulo.

In more than 50 countries, from Thailand to Rwanda, Belgium, Tunisia, Turkmenistan and Ecuador, UN Women will partner with governments, universities, civil society, youth organizations and other UN agencies to organize high-profile events.

Performing arts will lead the celebrations in Morocco with a theatre play that will bring together professional actors, lawyers and activists while in Albania, a performance of “The Invisible Women” by the feminist initiative, Fight like a Woman, will be the top highlight.

Across Kazakhstan, rural youth activists will come together to share experiences, and a photo exhibition titled “Yes, She Can” will be hosted in shopping malls in four cities across the country, displaying women working in non-traditional jobs.

In Algeria, UN Women along with the UN Country Team will honor companies or NGOs that have taken concrete actions to promote women’s economic empowerment and in Côte d’Ivoire donors will visit women’s empowerment programmes in rural areas to see the impact of their contribution and additional opportunities to unlock women’s potential everywhere.

In the Lao People’s Democratic Republic, a marathon mobilizing thousands will be organized, while stock exchanges in Sri Lanka and India will ring the bell for gender equality. In the State of Palestine, UN Women in collaboration with the British Consulate General will organize an “all-women stage” night event in Jerusalem.

The celebration will include TED-style talks by successful women in sports, business, social affairs and politics.

In another corner of the globe, the two main cities in Ecuador, Quito and Guayaquil, will offer workshops and panels on women in innovation leadership and the arts, among others.

The linkages between violence against women and girls and women’s economic empowerment will be highlighted in events in the Caribbean where UN Women will partner with local governments, rural women producers and micro entrepreneurs.

Trinidad and Tobago, Jamaica, Antigua and Barbuda, Barbados, Dominica and Saint Lucia and Guyana will have solidarity marches against gender-based violence in support of the social media-based movement #LifeinLeggings, which was born last November in Barbados during the 16 Days of Activism fortnight in 2016.

In association with UN Women, Snapchat, the popular mobile story-telling app, will feature women from all walks of life in a popular format called ‘Live Story’, which will be shared with the Snapchat audience on 8 March. Users who watch the story in their app will have the chance to contribute their own Snaps, telling their stories of empowerment. Twitter has associated a special emoji with the hashtag #WomensDay. 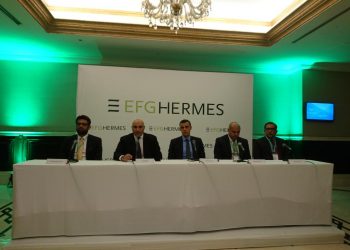 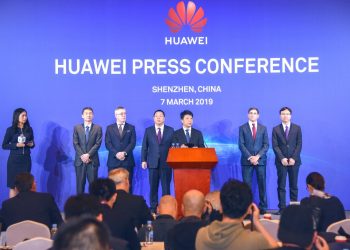 French multinational hotel group in a tri-partnership with Ethiopian investors