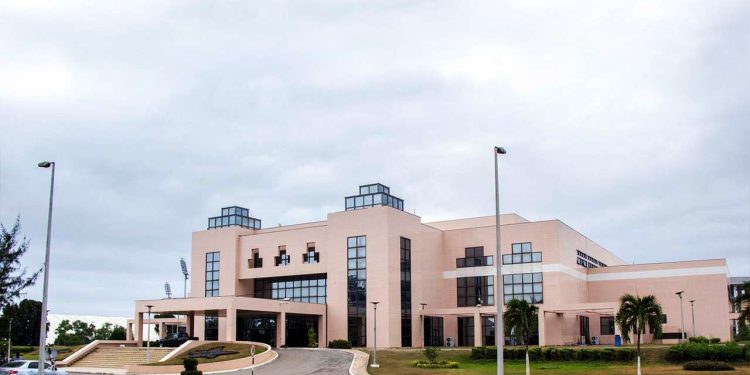 by Joseph Kangethe
in Banking
0
Share on FacebookShare on LinkedIn

The annual meeting for the African Development Bank Group will be held in Accra, Ghana, from May 23-27, 2022.

This is the first meeting in two years to be held in person since the COVID-19 pandemic hit Africa. The previous two meetings have been held virtually. This year, however, will be both physical, which will take place at the Accra International Conference Centre, and online meetings as there are still restrictions on the number of people attending public gatherings.

The theme for the AfDB 2022 meeting is Achieving Climate Resilience and a Just Energy Transition for Africa.

The 2022 theme aligns with the United Nation’s COP27 that will take place on 7TH to 18TH of November in Sharm El Sheikh, Egypt.

A significant highlight of the five-day event will be a commemoration of the 50th anniversary of the African Development Fund.

The physical meetings will offer central bank governors a forum to share the energy transition challenges and the effects of climate change that their countries are facing. The governors will also have a platform to showcase policy responses to tackle these challenges and how other countries in the continent can adopt these policies.

The governors attending the AfDB meeting represent the 54 African and 27 non-regional member countries. They will engage in an expert-level dialogue with the President of the African Development Bank, Akinwumi A. Adesina and the AfDB senior management team.

The dialogues will revolve around boosting climate adaptation and related matters funding. Climate adaptation financing in Africa currently accounts for a mere ten per cent of the global climate finance.

For the most part, only about 19 per cent of the total international adaptation finance is directed to the continent, receiving only three per cent of the global climate finance flows.

The Bank Group’s Secretary-General, Vincent Nmehielle, said in an interview on April 20 that the May annual meeting will focus on the impact of climate change on Africa and the need for a smooth energy transition on the continent.

The Secretary-General was joined in the public address by:

The four dignitaries answered questions from more than 80 journalists at the event.

The Bank will launch the 2022 report for the African Development Bank’s African Economic Outlook.

Read: Over 68 million Nigerian youths to benefit from AfDB US$170 million funding

The officials of the African Development Bank fielded questions on a range of topics that include:

Urama stated that the Bank focuses more on investing in infrastructure to build African countries’ social, economic, and environmental resilience.

He added that as long as a gas project has been included in a country as part of Nationally Determined Contributions, the Bank will invest in those gas power plants.

Dr Martin Fregene said the Bank has a US$1.5 billion food plan that will immediately address the needs triggered by the ongoing Russian-Ukrainian conflict. The food plan will provide farmers with seeds and fertilizers in the next rainy season, expected to start in the southern hemisphere around October.

The Bank has also aligned a medium- and long-term plan called Mission 1 for 200 to help countries build resilience by helping farmers boost food production to 100 million tonnes to feed 200 million people in the continent.

In conclusion, Nmehielle urged journalists to partner and advocate for the impact of the Bank’s development as a way of pressing their governments to deliver the changes that their citizens want to see as per the AfDB 2022 theme.

Read: Will the African Union and AfDB re-brand the image of Africa?