Airtel Africa’s profit after tax has risen to $142 million in the quarter of June compared to the year-ago period, the company has said.

The telecom and mobile money services provider on Thursday July 29, 2021 said its profit has more than doubled.

The company attributed the growth to the higher operating profits along with stable net finance costs which more than offset the increase in tax charges due to increased profits.

The telco company which enjoys a presence in 14 countries in Africa said that strong revenue growth was recorded in all regions and across key services.

According to the company, reported revenue grew nearly 31 per cent to $1,112 million during the June quarter of 2021-22 with constant currency growth of about 33 per cent.

“Revenue growth partially benefitted from a weakened quarter in the prior year during the peak of COVID-19 restrictions across the region,” the company said in a statement.

Even after adjusting for these effects, revenue growth rates for the Group, service segments and reporting regions were all ahead of fourth quarter 2020-21 trends.

“Profit after tax more than doubled to USD 142 million, up 148.7 per cent, largely due to the higher operating profits along with stable net finance costs which more than offset the increase in tax charges due to increased profits,” it said.

Airtel Africa logged strong revenue growth across all regions, including Nigeria (up 38.2 per cent), East Africa (32.8 per cent) and Francophone Africa (24.9 per cent).

While speaking on the Q1 scorecard, the group’s Chief Executive Officer Raghunath Mandava noted that the company posted “strong” double-digit growth across voice (26 per cent), data (37.4 per cent) and mobile money (53.7 per cent), and across all its regions.

“Continued focus on modernisation and rollout of network, along with simplifying the products and improving distribution, have led to “handsome gains on our ARPUs (Average Revenue Per User) across voice, data and mobile money”, he said.

“Our robust operating model and solid execution should enable us to continue our profitable growth,” Mandava added.

In May, Airtel Africa released its financial report for the year ended March 31, 2021. One of the report highlights is that the company’s revenues grew by 14.2% to $3.8 billion.

On the back of this revenue, Airtel Africa also posted net profits of $415 million, a slight growth of 1.8% from the previous year where it made $408 million in profits after tax. 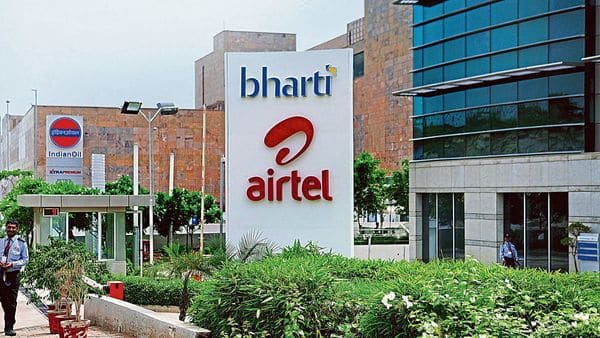 Despite the flat profit growth, it is still an impressive result for the business in a year where Covid-19 has stalled economic growth across Africa. Additionally, in Nigeria, the company’s biggest market, a ban on SIM card registration stifled growth.

Airtel Africa PLC’s revenue from operations for fiscal year 2021 was at $3,888 million, up 19.4% year-on-year (y-o-y) in constant currency and 13.6% on a reported basis, driven by robust growth across voice, data and mobile money segments in key markets of Nigeria, East Africa and Francophone Africa.

Reported currency revenue also benefitted from a one-time exceptional gain of $20 million relating to a settlement in Niger, the company said.

Airtel Africa is the holding firm for Bharti Airtel’s operations in 14 countries, with Nigeria alone accounting for almost half of its earnings before interest, tax, depreciation and amortisation (Ebitda).

The total customer base expanded 6.9% to 118.2 million during FY21. However, net subscribers dropped 0.7 million sequentially during the March quarter. Airtel Africa’s average revenue per user (Arpu) rose to $2.8 during FY21, registering a growth of 7.7% y-o-y in constant currency.

Airtel Africa’s mobile data customer base increased 14.5% y-o-y during the fiscal ended March and that of mobile money services rose 18.5%.

“The recent slowdown in customer base growth has been due to new SIM card registration regulations in Nigeria,” the company said.