An analysis by WHO found that the frequency of blood drives in the African region has dropped by 25 per cent and demand for blood declined by 13 per cent, with the suspension of routine surgeries in some countries and fewer people seeking care in health facilities.

by Kawira Mutisya
in Business
0

Blood donation has fallen significantly in the African continent in the wake of the COVID-19 pandemic causing widespread disruptions to key health services, lives and livelihoods. This is according to a report by the World Health Organisation (WHO).

An analysis by WHO found that the frequency of blood drives in the African region has dropped by 25 per cent and demand for blood declined by 13 per cent, with the suspension of routine surgeries in some countries and fewer people seeking care in health facilities. Around seven million people in the region need blood transfusions every year.

Just half of the blood needed for transfusion each year in Africa is collected, leaving many facing life-threatening shortages. The pandemic has further worsened the shortfall, with donations dropping by 17 per cent over the past year according to the WHO.

The biggest challenge is the insufficient resources allocated to national blood transfusion services (NBTS) by governments and drastic cuts in funding from partners to make available safe and quality-assured blood and blood components for all patients who need blood.

In Uganda for instance, only 56,850 units of a targeted 75,000 was collected between April and July in 2019.  In the same year in Kenya NBTS collected only 16 per cent of the one million units the country needed. Global health experts believe that one of the reasons behind this shortage is the absence of a culture of donating blood; the other is funding gaps. The Kenya National Blood Transfusion Service (KNBTS), used to collect about 450 pints of blood every day. However, with the onset of COVID-19, the situation has changed and figures have dropped between 70 and 80 percent.

According to the WHO regional Director for Africa Dr. Matshidiso Moeti, disruptions to the steady supply of safe blood can be life threatening.  “We deeply appreciate the selfless, lifesaving gesture of blood donors and urge countries to set up and reinforce systems to increase voluntary blood donations,” he said.

Importance of blood drives – WHO

According to WHO, women who suffer severe bleeding during either pregnancy or delivery, or after childbirth are at high risk of needing blood transfusions.  If the haemorrhage is caused by either of these processes and not handled within two hours, it can prove to be fatal.

Research indicates that out of 196,000 women who die each year in Sub-Saharan Africa from pregnancy-related complications, a third of them die from excessive bleeding. Dr. Guy Armand Yoka, gynaecologist and head of the obstetrics department at Blanche Gomez Mother and Child Hospital in Brazzaville, Republic of Congo says that pregnant women need blood transfusions to treat anaemia or bleeding due to pathologies in some pregnancies.

Of all the maternal deaths in the world, half of those that are caused by severe bleeding occur in Sub-Saharan Africa and about 65 per cent of those are after childbirth.

Some of the causes of these maternal deaths are directly due to complications such as haemorrhage, sepsis, eclampsia and obstructed labour and abortion complications. Most of these complications require urgent attention and timely availability of blood in order to save the lives of the mother and the child.

Generally, the need for blood is universal; however access for those who need it is not just because blood shortages are particularly acute in developing countries. The situation has been made worse by travel restrictions caused by the global pandemic as well as the lockdowns to curb the spread of the virus, making many African countries see a reduction in blood donations as well as the demand for it down by 13 per cent. This has been attributed to the suspension of routine surgeries in some of these countries as fewer people are now seeking care in health facilities for fear of the pandemic.

For instance, in Congo, donations nosedived by 10 per cent last year compared with those from 2019 when 85,000 pouches of blood were collected. This is according to Dr. Oscar Mokono, the director of National Blood Transfusion Centre.  “Blood concerns us all. We cannot overcome the shortages without donations,” he adds.

In order to improve the situation and increase safe blood supply on the continent, WHO has deemed it vital to partner with like-minded organisations. These include the Coalition of Blood for Africa, the Organization of African First Ladies for Development and the private sector to collaborate and improve access to quality blood supplies.

However the continent is still grappling with inadequate financing and lack of effective systems to collect, analyse and ensure safe and steady supply of blood. This makes the availability of blood to ensure provision of critical lifesaving services in many countries in Africa difficult. The scenario is such that where about five million pouches of blood collected every year measure up to only half the quantity required. Other than collaborations, WHO is also working to support African countries through generating guidelines as well as policies within the national blood transfusion framework to ensure safe screening, analysis and preparation of quality blood products.

Meanwhile, the Kenya Ministry of Health, through the Kenya National Blood Transfusion Service has also embarked on strengthening its blood accountability mechanism, an approach that will ensure regular blood stocktaking, maintenance of the national blood inventory management system and electronic tracking of donated blood.

SOME KEY FACTS FROM THE WHO 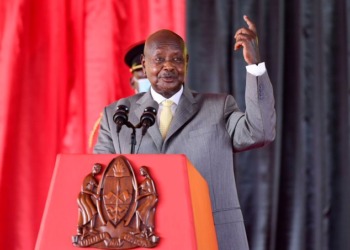 Kenya hurtling towards starvation on agricultural policy by non-experts

GDP - not a true reflection of Africa economic growth