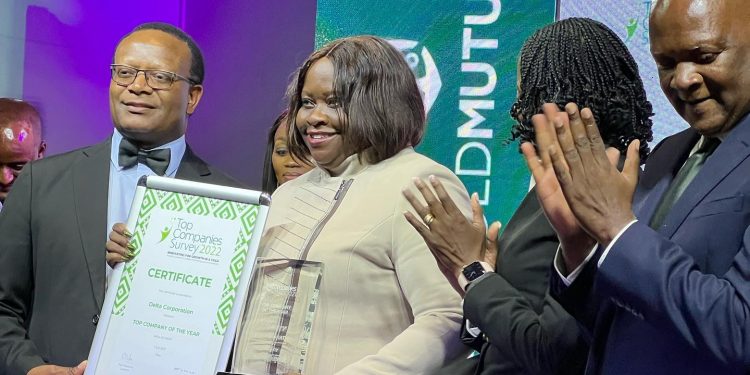 by Albert Nangara
in Business
0
Share on FacebookShare on LinkedIn

The Top Companies Survey is an annual event held to honour top-performing companies on the Zimbabwe Stock Exchange (ZSE) and the best performers in the insurance and banking sectors.

According to an article by StartupBiz dated July 26, 2022, the vision behind this initiative is best summarized by what Old Mutual once said: “Since the launch of the Top Company Survey, the survey has proved invaluable in promoting transparency, good corporate governance, ethical conduct, and corporate social responsibility as well as providing a platform for networking among corporate leaders and other guests”.

According to an article by Daily News published July 8, 2022, the 2022 Top Companies Survey ran under the theme “Innovating for growth in a VUCA environment”. This largely sums up the operating environment in Zimbabwe, which is very volatile, unclear, complicated, and ambiguous.

For this year’s survey, Musa said it was clear that the local market was still struggling with the timely publication of results, which, on the other hand, is a critical component of creating efficient markets.

“We continue to have more than 90 percent of our listed companies missing the regulatory deadlines and most financials carrying qualified opinions. Our challenge to the accounting bodies is to protect the market’s reputation by changing the current status quo and strive to raise our standards,” Musa further said.

In a related article published by 263Chat dated August 18, 2021, the survey considers a range of quantitative and qualitative aspects to determine and award the winning companies. In 2020, an entirely new evaluation model was created, that is adjusted in line with the hyperinflationary environment. The model was put to the test this year, and it demonstrated its resilience, robustness, and functionality. Additionally, the insurance sector and banking sector models were adjusted to increase their relevance to the operating environment, enhance quality and increase the objectivity of results.

For the 2022 edition, the judges were drawn from stockbrokers and market watchers. Old Mutual highlighted that this significantly improved their evaluation model. This year’s panel of judges was headed by Simbiso Musa, who has over a decade of experience working in Capital Markets. Here are the companies that passed the evaluation to take the awards;

Delta comes out supreme in the 2022 Top Company survey following a similarly rigorous exercise of quantitative and qualitative evaluation factors.

Mobile network operator Econet Wireless and Simbisa Brands were named the first and second runners-up respectively. The first runner-up in 2021 was Delta Corporation.

Ecobank has kept its position from last year. The same goes for Stanbic Bank which became the first runner-up as this was its position in 2021.

According to the company website, Ecobank Zimbabwe Limited (EZW) is a registered commercial bank that is supervised and regulated by the Reserve Bank of Zimbabwe (RBZ). It commenced operations in Zimbabwe in January 2011 after ETI acquired a controlling stake in Premier Banking Corporation. It has 12 branches.

This is Doves Corporation’s second year in a row being awarded the Top Insurer Life. First Mutual Life was the first runner-up.

Delta also won the Disclosure and Investor Relations award after scoring a fair balance in the transparency of its financial statements. This was its award in 2021 and they have clinched it again this year.

“It did this by being bold enough to recognise significant auditor oversights when comparing the substance of actual business reality versus what is legally and technically compliant in reporting its financial performance.

“The qualitative attributes of the company are fairly disclosing the strides made in expanding into the region through the acquisition of major players in the opaque (sorghum) beer markets in Zambia and South Africa started to reflect on the company’s financial statements and shine a good light on leadership aspects of the survey,” Musa added.

2022 MOST IMPROVED DISCLOSURES AND INVESTOR RELATIONS

The business is in the South Eastern Lowveld of Zimbabwe. Hippo Valley Estates Ltd is listed on the Zimbabwe Stock Exchange and is a subsidiary of Tongaat Hulett Ltd, listed on the JSE.

They got this award for their efforts in disclosures, good corporate governance, and sustainability. Last year it was Padenga Holdings Limited that won this award.

According to African Financials, Simbisa Brands Limited is the largest fast-food restaurant operator in Zimbabwe and owns, operates, and franchises a selection of well-known Quick Service Restaurant brands. These include Pizza Inn, Chicken Inn, and Nandos and Steers of South Africa. Simbisa Brands Limited has an extensive footprint in Africa, with outlets in Zimbabwe and 10 African countries including Kenya, Ghana, Mauritius, Botswana, DRC, Malawi, Swaziland, Lesotho, and Zambia. The fast-food restaurant group is a spin-off from Innscor Africa, a ZSE-listed manufacturing group in Zimbabwe.