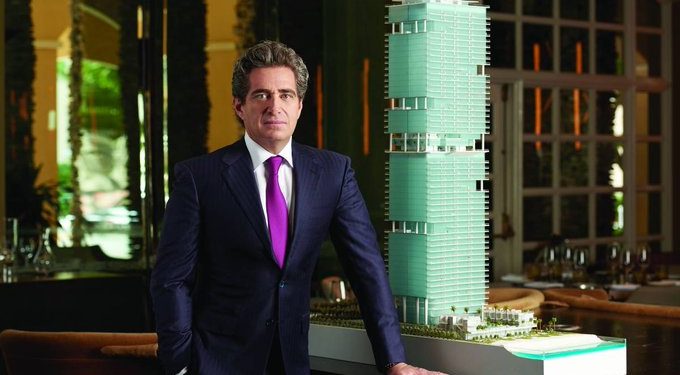 by anonymous anonymous
in Business
0
Share on FacebookShare on LinkedIn

Jeffrey Soffer is a billionaire real estate developer in the United States. Soffer is the son of Donald Soffer, the creator of the Turnberry Associates real estate company in Florida. After creating Aventura, which would later evolve into one of Florida’s wealthiest private enclaves, the elder Soffer made his first real estate fortune. Turnberry Associates now has real estate projects in Las Vegas, Orlando, and Arlington, among other places across the United States. They’re also working on a project at the Bahamas’ Paradise Island. He is a prominent South Florida real estate developer. In 2018, Soffer traded his prior yacht. Madsummer is the name of various yachts that he and his family have owned.
Embed from Getty Images
In 2009, Jeffrey Soffer was named one of “Fortune” magazine’s 50 Most Influential Young Entrepreneurs and has been on the magazine’s annual list every year since. In 2016, Soffer sold a significant portion of his real estate and banking holdings to enterprise value. Jeffrey Soffer owns a 47% stake in the Miami Dolphins and serves as the team’s president.

Jeffrey Miller Soffer was born in Miami, Florida, in the year 1968. Donald and Carol Soffer are his parents, and his sister Jackie, is the CEO of Turnberry Associates. Marsha, Jill, Brooke, Abigail, and Rock are Jeffrey’s half-siblings. Soffer started working for his father when he was 17 years old, and because he didn’t enjoy school, he skipped out and opened Champion Marine, a boat store, in 1986.
Embed from Getty Images

Turnberry Associates was created in 1967 by Donald Soffer, who purchased a 785-acre undeveloped parcel of land in Miami-Dade County, Florida. He erected a mall, condos, and office buildings on the property, and the region was established as Aventura in 1995. The fifth-largest mall in the country, Aventura Mall, was completed in 1983 and is one of America’s highest-grossing shopping centers. In 1987, after selling Champion Marine, Jeffrey joined Turnberry Associates, and in the 1990s, his father assigned him to new condo buildings. Soffer was the first developer in Las Vegas to introduce the notion of high-rise condos in 1997, and he claims that Turnberry Place, his first property, sold for more than $1 billion.

Jeffrey started dating supermodel Elle Macpherson in 2009, and the two broke up in early 2012 before reconciling in November after Soffer was injured in a helicopter crash in the Bahamas. Jeffrey was injured in the crash, and his buddy Lance Valdez died. Jeffrey and Elle married in July 2013, and four years later, they decided to split. Before his connection with Macpherson, Soffer was married to a lady named Kimberly, and he has three children from prior marriages.

Jeff Soffer Takes Fontainebleau to the Skies and Turnberry on the Road http://t.co/Tq1Bf3yDzU

In a conversation with the year 2022, “Find something you are passionate about, Soffer said when asked how he maintains his work/life balance. It is critical to have hobbies that allow you to unwind after a long day at work. Being outside with my family generates some of my most creative ideas. Family, friends, and loved ones are by far the most satisfying sources of interior fulfilment. Both areas would suffer if your job or career is causing problems in your personal connections.”

Jeffrey and Elle lived in a $26 million estate that Soffer bought in 2000 throughout their marriage. The Mediterranean-style home is over 25,600 square feet and is located in Indian Creek, Florida. Jeffrey also owns a ranch in Aspen, Colorado, and a $170 million yacht with a length of 257 feet.

He is the owner of the Madsummer, a 95-meter yacht, and the Mad Summer, a 30-meter Sunseeker. The Sunseeker was stationed behind his Miami mansion. Espen Oeino constructed his first Madsummer, a 78.5 metre (258 ft) Lurssen. (She is now known as Rocinante.) In 2009, the yacht was delivered. Unfortunately, the Soffer family had financial difficulties soon after receiving the vessel. They traded yachts with Mexican billionaire Emilio Fernando Azcárraga Jean in 2010.
Embed from Getty Images
Who was the owner of a 44-meter Feadship named TV Madsummer, a 78-meter-long structure worth $100 million, was turned into a television set. While the 44-meter Feadship (worth $35 million) was renamed Madsummer. The Feadship was sold again in 2014.

Soffer soon acquired a 55-meter Feadship. Twizzle, which was built in 2005. There are several images online of Soffer and his (now ex-wife) Elle MacPherson relaxing on the yacht.

The 55-meter Feadship was sold in early 2018. Cynthia is her new name. His current boat was delivered in 2019.