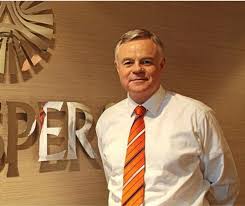 Who is Koos Bekker and Know about his net worth and personal life.

by Caroline Muriuki
in Business
0
Share on FacebookShare on LinkedIn

Who is Koos Bekker

Jacobus Petrus Bekker alias Koos Bekker is a South African Billionaire born in 1952 in Potchefstroom, South Africa. He graduated from Stellenbosch University with degrees in Literature and Law. He then enrolled in Wits University, where he pursued law studies. He is also an MBA graduate of Columbia University in the United States. 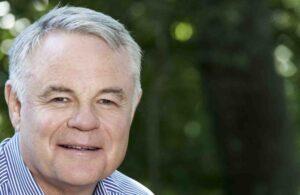 His company has seen him invest in newspapers, the Internet, books, magazines, and education. He has invested beyond the African continent in states such as China, India and Russia.

Koos Bekker is the chairman of media group Naspers which operates in 130 countries and is listed on the London Stock Exchange and Johannesburg Stock Exchange. Naspers has the largest market capitalization of any media company outside China and the United States.

In 1984 after graduating he and a few other people founded one of the first two pay-television services outside of the US. M-Net and its related companies such as Multichoice eventually expanded to 48 countries across Africa.

Koos was a founding director of mobile communication company MTN in 1990. He became the CEO of Naspers in 1997 which was the initial investor in M-Net/Multichoice group and later bought all other shareholders.

After this purchase, Nasper grew from about $1.2 billion to $45 billion. His compensation package was in that he did earn a salary for fifteen years despite being the CEO and was solely compensated through stock option grants that vested over time.

According to Forbes during this period, Bekker oversaw a rise in the market capitalization of the company from about $600 million to $25 billion.

Bekker continues to serve as director for Media24 and MultiChoice. He was also a director for the 2010 FIFA World Cup Local Organising Committee.

Bekker is married to Karen (Roos) Bekker and has two children.