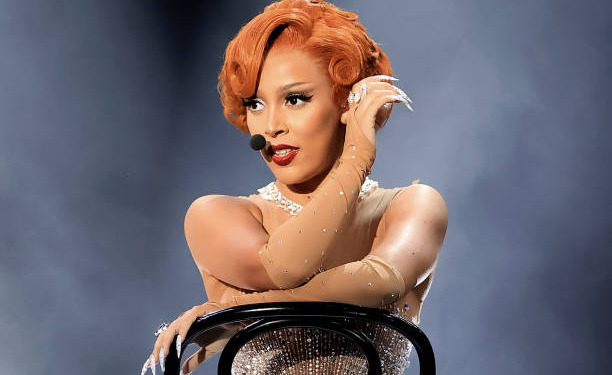 Doja cat is an American rapper

by d4deepaksoni
in Business, Net Worth
0
Share on FacebookShare on LinkedIn

Doja cat is an American rapper, singer, record producer who was born in Los Angeles, California on 21st October, 1995.

She was raised in Los Angeles where she started releasing music on Sound Cloud when she was a teenager.

She left the school at the age of 16. She was in junior year and spent time in downloading beats from social media including YouTube and others to create her own music.

She was self taught in using Garage Band.

She has a fascinating image on Instagram as well as TikTok. She has become very popular now a day among the youth.

Doja Cat Net Worth is $4 million. The singer generated revenue in the year 2019 was estimated to be $236.

Whereas in the year 2021 her net worth is estimated to be $1M but it is a temporary forecast and can vary.

According to the Face estimations, she might receive $3000 to $5000 for featuring.

Her album “Hot Pink” in the year 2019 topped in the US Billboard 200 charts. Her recent album “Say so” reached the top 100 in the Billboard chart.

Doja cat was born in an aesthetic family in the neighbourhood of Tarzana in Los Angeles, California.

Deborah Elizabeth Sawyer, her mother, is an American painter and her father Dumisani Dlamini is an actor in South Africa, also a composer known for his role in his musical film Sarafina in 1992.

She went to school but left when she was a junior year student and self taught Garage Band. She showed her interest in music from an early age and started pursuing it when she was younger.

She moved to Rye, before that she lived in a Hindu Monastery for four years. Besides all the pictures of gods and singing she admired there, she missed being a child running on skates, eating cheeseburgers so she moved back to LA.

While she was at the ashram she learned Indian dance style Bharatnatyam. But as she moved away she learned break dancing and performed battles in Los Angeles while in high school.

Besides her passion for music, her mother admitted her for ballet, tap and jazz classes from when she was five. Her aunt gave her singing lessons to help her get into performing arts school.

Amala Ratna Zandile Dlamini who is a professional singer, songwriter, record producer, and known rapper was passionate about music from a tender age.

As a newbie in this industry, she started uploading her songs on Sound Cloud.

Later at the age of 17, she signed a record deal with Kemosabe and RCA Records after her song “So High” caught their attention, subsequently doing her debut in 2014.

She released her album Amala in 2018 which received great success as an internet meme with the single “Mooo!”

She also collaborated with Arianna Grande on the song “Motive” and later did the featuring on a remix of her song “34+35”. It became her second song to reach top ten of Billboard hot 100 charts.

Her current song “kiss me more” released on June 25, 2021, from her third album Planet her, has received crazy views and support from viewers all over the world. It has become a top song of the playlist recently and has become the lead single.

Throughout her career, she considered Erykah Badu, Pharell, Jamiroquai, PartyNextDoor, and Drake as her inspiration.

“ Don’t walk under the coconut trees.” 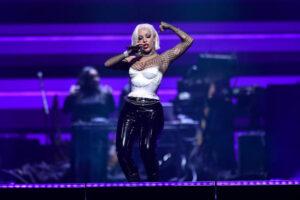 Does Doja Cat have siblings?

Doja cat as a child with her mother, she has a brother.

On an Instagram live she revealed the end of their relationship in February 2020.

Does Doja Cat have tattoos?

As per Instagram, she does not have any tattoos.

Why does Doja Cat call her songs Streets?

She calls it Streets because it means the love that she once had and wants it back.

What do Streets mean?

It is an ode to a missed love.

COVID-19 more deadly in Africans with diabetes: WHO