This announcement makes Nigeria the first African country to have a central bank-backed digital currency. 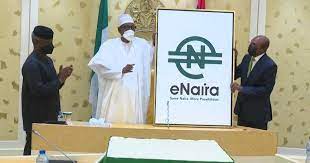 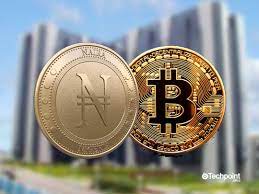 While others are still skeptical around the world, crypto currency is not only taking root in Africa but is now starting to bear fruit. The Central Bank of Nigeria has announced it launching its own national digital currency, the eNaira.

This announcement makes Nigeria the first African country to have a central bank-backed digital currency.

Central Bank Governor Godwin Emefiele says the currency will serve to accelerate financial inclusion in the country of over 213 million people. A lot of African countries are taking only baby steps towards allowing the use of cryptocurrencies and may are warning their public to be wary.

However, Nigeria is proving why it is Africa’s biggest economy with its Central Bank envisioning the crypto option will accelerate financial inclusion and even allow for cheaper and faster remittances.

“This digital money, the cryptocurrency, will allow us to have easier targeted social interventions, as well as help us to improve our monetary policy effectiveness,” the Central Bank Governor said.

“By using the cryptocurrency, using our own eNaira will make our payment systems more efficient and will even ease and accelerate tax collection,” added the visionary banker.

The eNaira will serve as an electronic wallet matched or secured by customers’ existing funds in their bank account.

Many see the move as an attempt by the government to regulate or monitor or have some kind of control and utility in digital currency transactions. Of course the whole idea and enthusiasm behind the cryptocurrency is the fact that it is not regulated by any central authority, so the move by Nigeria’s Central Bank is also criticized as an attempt to regulate crypto trading.

However, with the Central Bank backing it, the eNaira has reliable security that assures buyers of that the value of their digital money is secure.

The story is different elsewhere on the continent. For example, on the East Coast you have countries like Tanzania that are taking cautious steps towards cryptos. The Central Bank of Tanzania warned the public that it sees risk in digital currencies.

“We are now working to see if we should allow it, regulate it or ban it. We are still studying the matter and looking at it very closely before taking any further measures,” Central Bank Governor told media.

“We have also heard that there are some groups of people in the country engaging in the business, but my message, for now is that they should know they are putting themselves at risk,” the Bank warned.

This exciting development comes only months after the Nigerian government banned the trading of cryptocurrency.

The government banned financial institutions from any form of cryptocurrency-related transactions and at that time the government said the digital currency poses threat to laundering and terrorism.

Then last year in June, the CBN  announced that it will launch its own digital currency by the end of 2021 and it has lived up to its promise. There was a slight delay however because the original launch was slated for October 1 to coincide with Nigeria’s Independence Day, nonetheless, the eNaira is here now.

The government praises the eNaira a method to simplify transactions and even to safe keep the value of Nigeria’s currency and of course been digital eliminates printing and distribution costs that would otherwise be incurred with the hard cash.

The eNaira, been digital will also increase transparency and monitoring of currency exchange and transfer empowering the government to curb corruption and stop money laundry. Basically, the eNaira is the road to a cashless society in Nigeria.

How Forex Trading Is Going To Be Affected By Cryptocurrency

The Nigerian public seems more than happy that their government has decided to back up a cryptocurrency. The public is more than welcoming the eNaira, in fact on the expected date of the launch, local media reports that the eNaira website had more than one million hits, a clear sign that the market is willing and ready.

Unlike other cryptocurrency users, the Nigerians don’t seem to have any qualms with the central bank controlled digital currency, in fact just the opposite, many believe it is safer and doesn’t mind government regulations on its use.

To some extent the regulated eNaira may even help boost understanding of blockchains and cryptocurrency in general. As the government explained, the eNaira is actually a safer alternative. However when it is all said and done, what will be the role of commercial banks when the eNaira is fully in play?

The most simplified definition of cryptocurrency is a digital or virtual currency.

It is a digital form of payment used to trade online for goods and services. Been digital, cryptos are collection of binary data designed to work as a medium of exchange.

Already, many companies have issued their own digital currencies, like tokens that are exchanged for ‘real’ currency and maintain the monetary value for online trading.

So how are crypto currencies created or minted if you  please? The cryptos are created through a process called mining. The first cryptocurrency is known as the Bitcoin, a decentralized digital currency that you can buy, sell and exchange directly, without an intermediary like a bank.

What Is Bitcoin Mining?  Euny Hong, the former supervising editor at Investopedia explains it as; “Bitcoin mining is the process by which new bitcoins are entered into circulation; it is also the way that new transactions are confirmed by the network and a critical component of the maintenance and development of the blockchain ledger.

Climate change: How did Africa fare at COP26?