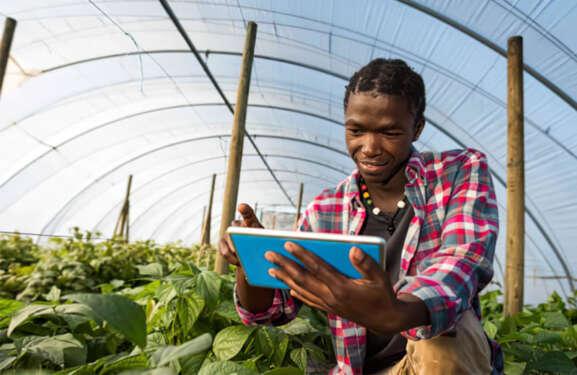 Start-ups in Africa: Understand what sparked the first funding decline

African start ups have a huge potential to contribute towards the continent's economic transformation.

Africa making huge moves to advance rapidly within the realms of social impact entrepreneurship and innovation.

From smart environmental solution based in Dar es Salaam Tanzania to e-learning innovations in Cape Town, South Africa are filled with rather interesting operations that will levitate the region in the coming decades.

The continent has rather made some great strides over the past years, having platforms such as The Next African Start-Ups program launched in 2018, connecting entrepreneurs with potential investors, financial institutions and policymakers—catering all necessary items for their growth and introduction of fresh services and technologies that will improve lives of people across the region.

Despite the year 2020 being a record market for investment into the African tech startup ecosystem. Whereby more money was raised from a large pool of investors compared to other years before, 2021 came with a dark cloud.

According to information from Bloomberg News which cited a venture capital firm Partech Partners report, argued that funding slowed for the first time after 10 years of growth due to investors seeking health precautions during the COVID-19.

On the comparative basis, the sixth edition of the 2020 annual African Tech Startup Funding Report which was published by the startup news and research portal Disrupt Africa, pointed that almost 397 startups raised an impressive $701.5 in total funding.

“Both these figures are up substantially on the previous year, with the number of funded startups increasing 27.7 per cent on 2019, and the funding total growing by 42.7 per cent,” the report cited.

Kenya, Nigeria, South Africa and Egypt remained to be Africa’s top-four funding recipients from a funding angle, whereby—netting nearly 89.2 per cent of total investment and accounting for 77 per cent of funded startups.

On the meanwhile, Bloomberg News reported that companies in Africa generated nearly $1.43 billion in 2020, down 29 per cent a year ago, whereby—this is just two deals above $50 million closed last year compared with 10 deals in 2019.

The interesting scenario is that the pandemic is a factor that led to the funding decline, as Partech Partners report argued that, the sharp drop marked the impact of the pandemic and subsequent lockdowns.

Startups in Africa present a great potential, especially during these frigid times dictated by the virus. Tanzanian young-innovators are at least offering leeway to a certain portion of learner’s access courses and lessons online and offline (giving room for distant learning during March 2020 three month school-shutdown).

On the other side, the technology in the continent is seen as relatively small, despite being eyed to be located in the highest growth spots for venture capital investment (Bloomberg News).

Further, Africa is now showing an inverse trend to much of the rest of the world, including the U.S. where startup investing reached a record high of $130 billion in 2020, up 14 per cent from the previous year, according to a Pricewaterhouse Coopers( PwC) Insights report. In Europe and Israel, overall funding increased albeit in fewer companies, according to data from Pitchbook (Bloomberg News).

The disrupt Africa publication noted that, though growth lagged the numbers showcase something interesting on 2019 growth despite the COVID-19 pandemic. Hence, several startups transformed their operations to adapt to pandemic living conditions and even brought various services to the front.

This has prompted the necessity of expanding broadband connection, bridging the digital divide and ascending towards seamless incorporation of digital technology into local economies.

However, Bloomberg News noted that,  according to the firm report, despite investors lagging in cashing in to the startup pool, still Africa’s deals rose by 44 per cent in 2020 from a year ago.

FROM PANDEMIC TO PROSPERITY:Mobilizing Private Sector Response Against COVID-19