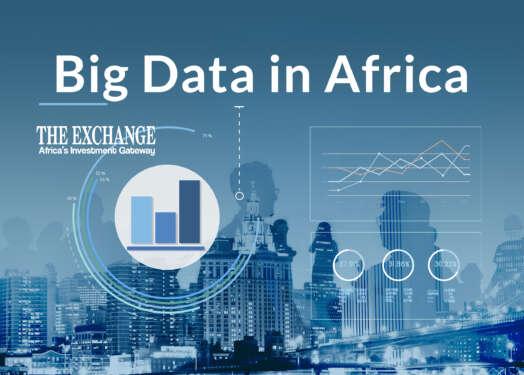 There has never been a generation that has benefitted from simplified access to and disseminating information than the currtient one.  Statistically, there are over three billion smartphone users worldwide. With the digital landscape connually growing, developing countries are not left behind. Although a significant number of people on the African continent have no access to internet connectivity, there is steady growth, and it is anticipated that at least 475 million users will be able to access the internet via their mobile phones by 2025.

What is big data?

Big data is a term used to describe significant volumes of data, either in structured or unstructured forms, which are relayed daily. In business, big data is useful for analysis and leads to strategic decision-making and planning.

Technological devices run on data. They collect data and use it to perform different functions, processing it and assisting us to see the information. From the click of a button, you can now enjoy greater access to information, making it possible to make timeous and informed decisions. Data, therefore, has the potential to influence different aspects of our daily lives.

Poverty as a global concern

One of the top concerns listed in the Sustainable Development Goals is the alleviation of poverty. In Sub-Saharan Africa, the majority of the population lives on less than US$1.90 per day. The poverty rate in rural areas is significantly higher than in urban areas. As such, it is important for policymakers and other organizations that work towards poverty eradication to have relevant and timeous information that will assist them in implementing effective policies.

The main indicators of human development are health, education, and standards of living. Being able to obtain big data on these indicators will help in combatting poverty in Africa.

Poverty maps are one such way of establishing the most impoverished areas in the community. Before, this information was gathered manually through a census. Unfortunately, most remote areas were quite inaccessible and would often be left out of this process. Most often, these remote areas were the ones in the most need of aid. As a result of technological advancement and the availability of big data, information even from the furthest and not easy to access areas can now be collated.

With most people now having access to a mobile phone, data can be collected through household surveys by simply making a call. Most areas in African countries now have mobile network connectivity, enabling big data collection. Also, making use of call data records (CDRs) assists in establishing poverty patterns for different areas.

In one study conducted in Senegal, an analysis of communication and mobility patterns through data collected from CDRs revealed that there was a reduced volume of calls and less mobility in poorer regions. Another study was done in the Ivory Coast and showed a strong correlation between call details and wealth patterns.

This data gathered through the use of CDRs will therefore be helpful for governments and other stakeholders involved in poverty elimination programs as they will be able to implement appropriate interventions.

Mobile phones as a medium for big data collection

In Africa, the widespread availability and use of mobile phones have been instrumental in data collection. Not only have they been useful in the creation of data maps as highlighted above, but also in collecting other data relevant to African challenges.

Not only do they make access to remote areas easier, but also enable faster identification of socio-economic changes. Access to real-time data makes for swifter action. Through using mobile data, tracking the flow of refugees has been made easier and simplified the job of organizations responsible for refugee welfare.

Space-positioned satellites have enabled the collection of environmental data which helps in the monitoring and prediction of weather and environmental occurrences. This includes monitoring cyclones, floods, atmospheric temperature, humidity, forest fires, and vegetation, among others.

In the African context, satellite images have been of practical assistance in assessing expected agricultural yields in a defined locality. For example, when there is a drought season, governments will be able to visually assess the damage done and make plans to secure food aid for the worst affected regions. This is a practical means of taking real-time action instead of waiting for physical harvesting, which may be too late to obtain enough food for the country.

In the allocation of resources to impoverished communities, there has been increased corruption and this sometimes leads to resources not being apportioned correctly. This results in the intended beneficiaries not getting what is due to them, leaving them poorer than they should be. To combat this, some countries have successfully implemented the biometric system, and aid recipients are individually registered and given aid through the use of biometry.

One of the critical areas in which big data has influenced important changes is in the healthcare sector. Timeous availability and analysis of healthcare data will improve cost reduction, prediction of epidemics, the preventability of diseases, and the overall quality of life of the population.

UNICEF, in its mandate of delivering immunizations, adequate healthcare, and water to children from impoverished communities around the world developed the Multiple Indicator Cluster Surveys (MICS). Birthed as a result of the World Summit for Children in 1995, they were established to provide adequate data on the welfare of women and children, be up to date with societal trends and formulate real-time policies.

Through MICS, the information gap on information relating to women and children has been filled. This data is then relayed to governments, which have found it useful in policy decisions and program interventions.

Another success story in the use of big data in healthcare in Africa is through digital surveillance in tracking epidemics. HealthMap is one such resource used for digital tracking which proved useful in tracking the Ebola epidemic in West Africa. This e-information system collects voluminous and diverse data from the internet, which is useful for public health practitioners in instances of epidemics.

Despite the challenges and limitations faced by the African continent, analysis of big data has the potential to provide solutions for those working on poverty eradication. While the use of big data is fairly new terrain, an increase in the use of mobile technologies and social media in Africa, combined with investment in big data technology, strategies to combat poverty on the continent will be easier to formulate and implement.

What Bharat Thakrar's resignation as CEO means for the WPP Scangroup