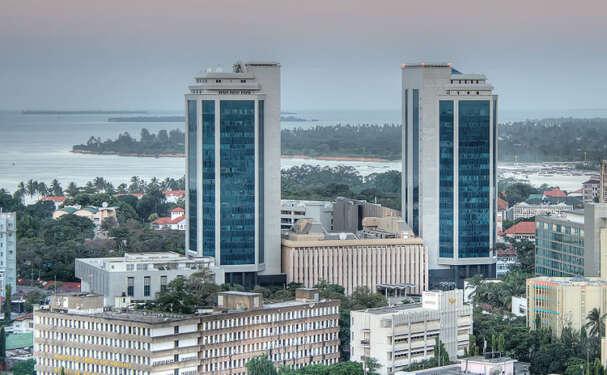 According to the report, the satisfactory growth was rather contributed by various sectors particularly, construction, agriculture, transport and mining and quarrying.

The central bank of Tanzania (BoT) published its quarterly economic bulletin on Monday 8 February 2021 for the quarter ending December 2020, and it portrays rather satisfactory performance despite the coronavirus (COVID-19) shocks affecting the global economy.

According to the report, the satisfactory growth was rather contributed by various sectors particularly, construction, agriculture, transport and mining and quarrying.

The government of Tanzania did provide strategic measures to cushion the economy from the virus shocks, this included a deliberate decision of ruling out mandatory lockdowns.

The performance of the economy was driven by rather four sectors, construction, agriculture, transport, mining and quarrying. The construction sector grew by 13.7 per cent compared to 17.3 per cent, reinforced by public investment particularly in infrastructures such as railway, road, and hydropower projects.

“By contrast, tourism-related activities such as accommodation and restaurant contracted, reflecting the impact of COVID-19 pandemic,” the report argued.

However, the economy is forecasted to grow by 5.5 per cent in 2020, and rebound to 6 per cent in 2021 as the global economy progressively returns to normalcy.

In this section of the economy, inflation remained low in the fourth quarter of 2020, cemented by subdued prices of both food and non-food consumer goods and services.

“The inflation outturn was within the target range of 3-5 per cent for 2020/21 and regional (EAC and SADC) convergence benchmarks1. Specifically, headline inflation was 3.1 per cent compared with 3.7 per cent in the fourth quarter of 2019,” the report said.

Hence, the food and non-alcoholic beverages inflation were at 3.1 per cent compared with 5.8 per cent, due to enough domestic food supply, while non-food inflation was 3.2 per cent from 2.4 per cent on account of a moderate increase in petroleum prices in world market owning to the gradual recovery of the global recovery.

The money and supply and credit has interesting scenarios, whereby during the quarter ending December 2020, money supply growth moved in tandem with accommodative monetary policy, despite adverse effects on the challenges caused by the pandemic.

Hence, the private sector credit maintained positive growth, increasing by $256 million, which is equivalent to annual growth of 3 per cent, compared to 11.1 per cent recorded in the corresponding period in 2019.

Also, the subdued growth of credit to the private sector was partly attributable to the global effect of COVID-19 that affected some activities, particularly tourism-related business.

However, there was also some action spotted in the credit pool to the private sector, whereby the report pointed the growth towards personal activities, within micro, small and medium enterprises, transport, communication and mining and quarrying.

Meanwhile, the report portrayed another interesting scenario as “Personal loan-related activities accounted for the largest share of the total outstanding credit, trailed by trade, manufacturing, and agriculture activities, which accounted for 34.3 per cent, 15.4 per cent, 9.5 per cent, and 8.7 per cent of the total, respectively”

On interest rates, things were moderately managed, whereby BoT argued that the rates were rather consistent adequate liquidity in the banking system that emanated from the implementation of accommodative monetary policy, interest rates charged on loans and those offered on deposits by banks eased in the quarter ending December 2020 compared to the corresponding period of 2019.

“The quarterly average overall lending interest rate was 16.66 per cent, decreasing from 16.82 per cent recorded in the corresponding quarter of 2019. The one-year lending rate averaged 15.76 per cent, down from 16.63 per cent in the same period,” the report noted.

The report displayed the government budgetary operations to be rather on point, especially fiscal operations. According to the report, the revenue performance was generally satisfactory, despite experiencing the shocks of weak global economic situations.

“The resource envelope, comprising revenue and grants, amounted to $2.5 billion, while expenditure was $2.4 billion,” the report argued.

However, on revenue and grants the, revenue collection performance was aligned with the target set by the government, as economic operations steadily peaked with strengthened tax administration efforts and compliance.

The national debt—was also featured in the central bank report, which analyzed with a keen lens. According to the report, the public debt—which includes external and domestic debt, remained sustainable, with the present value of the debt at 27.9 per cent of GDP against the threshold of 70 per cent.

“Stock of external debt amounted to USD 24,000.1 million at the end of December 2020, an increase of USD 456.0 million and USD 1,606.7 million from the end of the preceding quarter and the corresponding period in 2019, respectively,” Central bank report depicted.

Hence, the report argued that the increase of the debt was attributed by the overall depreciation of the US dollar against other currencies in which the debt was denominated.

The central bank report depicted that, the quarter ending December 2020, the external sector portrayed rather good performance, aligned with the gradual recovery of the global economy.

Further, the report noted that the reserves were sufficient to cover nearly 5.6 months of projected imports of goods and services.

On the other side of the aisle, the value of goods exports rose by 13.2 per cent which is around $1.8 billion from the amount registered in the corresponding quarter in 2019.

“The improved performance was on account of increase in non-traditional exports that amounted to $1.39billion compared to $1.093 billion, largely on account of increase in exports value of gold, horticultural products and manufactured goods. Traditional exports decreased to $368.7 million from $456.7 million recorded in the corresponding quarter in 2019. Goods imports decreased to $1.9 billion from $ 2.1billion in the same period. All goods import categories recorded a decline save for machinery and fertilizers,” the report noted.

According to Focus Economics, Tanzania economy is forecasted to grow by 5.8 per cent in 2021.