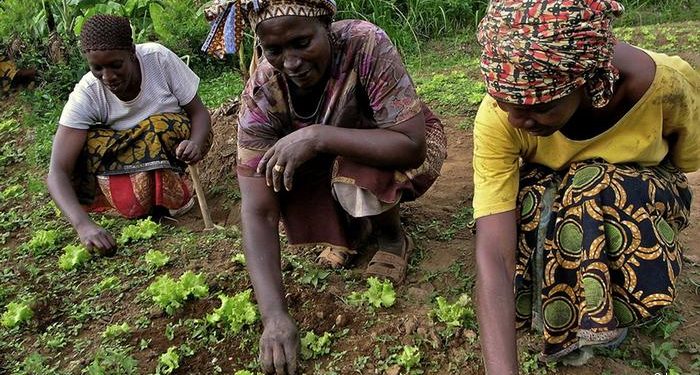 Farming is no longer an ordinary activity to earn a living, it the core part of Tanzania's economy: Photo by DW

Tanzania’s agriculture has the ultimate potential to transform food security across the East African corridor.

The sector contributes around 27 per cent of the GDP and employs at least 65 per cent of total employment in Tanzania (Statista). Agriculture in Tanzania is the new money machine as locals being to draw investments to capitalise on the potential of various cash crops.

The sector caters for 60 per cent of raw materials and 25 per cent of foreign currency. In the 2021/2022 financial year, Tanzania recorded a food surplus of around 3.6 million metric tonnes.

Tanzania is one of East Africa’s well–rounded bread-basket. It has arable land and a wide array of cash and food crops demanded by global markets. Maize, rice, vegetables, cashew nuts, tea and sisal are just a few of the yields from Tanzanian farmlands.

With that inarguable fact on the table, Tanzania presents hope and potential to expand its farming aspirations on a grand scale.

The East African nation has not only addressed alarming lending rates, cutting them down to single-digit levels but also going after stabilising prices for fertilisers and establishing a revolving fund for agricultural inputs and agricultural development.

Further on that note, the government of Tanzania plans to review the National Irrigation Commission’s structure, make amends and establish a common-use facility for packing, sorting and grading horticultural products (The Citizen).

Tanzania did not stop there. The treasury office is stepping up to pump life into the commercial farming landscape by offering idle lands to investors for effective utilisation.

“This represents about 39 per cent increase from the 58.6 million recorded in November 2021. In Somalia, there is an increasing risk of famine in the next two months should the seasonal rains fail completely, and humanitarian food assistance not reach those most in need on time. The overall food insecurity situation is expected to worsen across most countries in the region through the lean season while faced with multiple and overlapping shocks (drought, flooding, macro-economic challenges, and conflict),” according to the Relief Web situation report.

What is Tanzania doing to combat the situation?

Agriculture is always Tanzania’s priority. The food stock held by the National Food Reserve Agency (NFRA) comprising maize, paddy and sorghum amounted to 149,402 tonnes in May 2022 compared with 108,284 tonnes in the corresponding period in 2021.

In terms of numbers, Tanzania is capable of embarking on a feeding journey across the region. Between 2016 and 2021, food production was satisfactory, making Tanzania’s food reserve 122.8 per cent.

The government of Tanzania is amping up the agriculture sector by further empowering extension officers to achieve its agricultural ambitions. Earlier this year, President Samia Hassan handed over 6700 motorcycles to extension service officers to enable them to facilitate better on-farm and agronomy services to enhance productivity and yields across the chain, thus improving rural livelihoods and also boosting productivity.

On the financial end, the government and private sector are contributing their fair share to improving the sector’s performance. At the moment, 14 banks have signed contracts with the Tanzania Agricultural Development Bank (TADB) for it to issue guarantees enabling farmers to access agri-loans, according to Tanzania’s top bank, CRDB managing director Abdjulmajid Nsekela.

READ: Top reasons why agriculture players in Africa should use Artificial Intelligence

The CRDB alone offers at least 40 per cent of all loans issued to the sector and also unveils a vast opportunity package for local farmers via financing climate-resilient and adaptation projects in Tanzania, making available $200 million in agri-loans for the taking.

According to The Citizen, the adaptation projects target six million beneficiaries in Tanzania’s agriculture industry.

Top bankers are now taking agriculture as a viable product to invest in and develop. Tanzania’s best-performing retail bank, NMB, has set up a specialised agri-business department to serve and effectively attend to all farming financial aspirations.

Tanzania’s agricultural products exportation has grown in terms of market reach. Access to external markets has increased, enabling Tanzania to export 441,908 tonnes of rice from 184,521 in 2020.

From the investment angle, Tanzania is going after strategic approaches to enrich the region with food security. In February, it was reported that Tanzania plans to erect giant grain storage facilities and distribution centres in Mombasa to support crop selling in Kenya.

The project comes to solidify investment actions executed over time and to change the face of crop trading between the two neighbouring nations that share a long business and diplomatic history.

Tanzania operates grain centres in Juba, South Sudan, and Lubumbashi in the Democratic Republic of Congo. It has already shipped around 800 tonnes of grains to the two centres—a deliberate effort to secure markets for Tanzanian farmers’ produce (Ministry of Agriculture).

Tanzania has all it takes to embark on a colossal ambition to feed the East African region—its arable land, institutional financial support, and irrigation development give it enough ammunition to grow the sector. Agriculture in Tanzania stands to levitate the nation into a competitive industrial economy in the region.