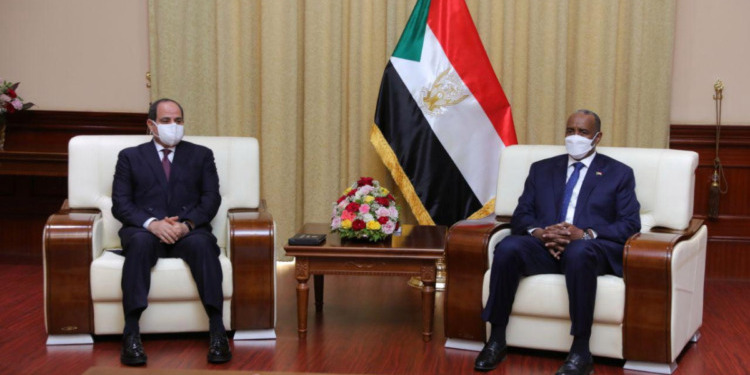 Ethiopia Only Days From Second Filling Of Dam

by Giza Mdoe
in Countries, Ethiopia
0
Share on FacebookShare on LinkedIn

Ethiopia plans to go ahead with it scheduled second filling of its embattled Grand Ethiopian Renaissance Dam (GERD). When complete, the GERD will be the largest in Africa and have the capacity to produce in excess of 6,000 MW per day.

As expected, Egypt, the historic colonial-era custodian, will not have it and along with Sudan, has called for intervention by the African Union (AU) as well as international bodies and the UN Security Council citing security reasons.

Egypt and Sudan want the UN Security Council to intervene in the GERD owing to what the Sudanese government describes as ‘its impact on the safety and security of millions of people.’

They are of the view that Ethiopia is acting of its own accord and in total disregard of the danger, its actions pose to regional stability.  As such, Sudan wrote to the UN Security Council and Egypt has joined the appeal to stop what they are describing as Ethiopia’s unilateral filling of the dam.

In the statement, they warn that Ethiopia’s actions ‘exacerbate the dispute and pose a threat to regional and international peace and security.’ This statement is seen to imply to the potential conflict, if not outright war, that will ensue should Ethiopia proceed.

Falling short of saying point bank that it will go to war, Egypt’s President Abdel Fattah al-Sisi was emphatic in his recent media statement in which he warned that Egypt “…will not allow a soul to hijack its water resources and is willing to use force to defend them.’1

Now, with only days to go before Ethiopia’s planned second filling of the GERD, all eyes are on the UN Security Council, what action will it take, and does it have the muscle to stop what seems to be war in the making?

Egypt is, in the interim, doing all it can to deter Ethiopia’s GERD plans, provide Ethiopia’s neighbors with an alternative energy source.

The best example is the ongoing aid to Tanzania in the implementation of two of its largest development projects yet—the Stiegler’s Gorge Dam and the related Julius Nyerere Hydropower Station.

Valued at US$2.9 billion, the two projects represent some of Africa’s largest investments and are been carried out by two Egyptian companies, the Arab Contractors and Elsewedy Electric.

However, Egypt’s support of these projects is seen to bear ulterior motives with a single goal in mind, to undermine Ethiopia’s efforts on the GERD.

When Tanzania completes its Stiegler’s Gorge Dam and set up the  Julius Nyerere Hydropower Station with the capacity of producing 2,115 megawatts (MW) per day, it will no longer be in need of importing any power from its neighbours.

It gets worse, for Ethiopia that is, once complete, not only will the  Julius Nyerere Hydropower Station empower Tanzania with energy sufficiency, but Tanzania will now have the capacity to produce surplus power for export.

That is why it is argued that by supporting Tanzania’s power self-sufficiency ambitions, Egypt is attempting to rob Ethiopia of its potential East African market. Effectively, the lack of market reduces the viability of GERD.

In this regard, Egypt is not working with Tanzania alone, on the contrary. Sisi’s government has an elaborate plan that extends the entire span of East Africa all the way to the Horn of Africa.  Through its Arab Organization for Industrialization, Egypt launched a major solar power plant project across several East African countries, and wait for it, the two most prominent recipients of the project just happen to be Ethiopia’s immediate neighbours of Somalia and Eritrea.

Zakaria Othman, an expert in Arab-East African affairs, affirms these speculations saying Egypt’s power supply aid to Tanzania as well as the other East African countries power is all in an effort to undermine Ethiopia’s GERD.

Further still, since Ethiopia has been arguing that Egypt has no interest with Africa’s development, Egypt is now trying to prove itself as ‘a member of the continent.’

Ethiopia has made it clear that Egypt is has little is any concern at all with the interests of African countries, that it is an island on the continent isolated from the rest of Africa. Through these power projects, Egypt hopes to clear its name and re-establish itself on the continent, not as a bully that wants all of the Nile water for itself, but, a partner, a member and a neighbor seeking mutual benefit for all.

1 The Africa Report: Is-a-war-between-egypt-and-ethiopia-brewing-on-the-nile (Thursday, 6 May 2021)