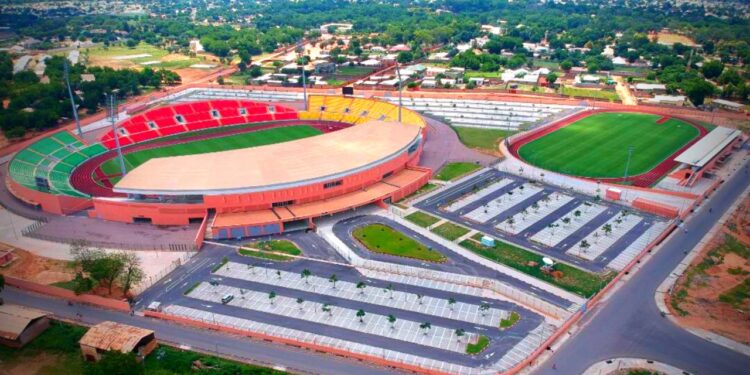 In the first match of the 33rd edition of the AFCON, the hosts will play Burkina Faso to give life to the event from January 9 to February 6, 2022.

by Joseph Kangethe
in Cameroon, Sports
0
Share on FacebookShare on LinkedIn

The Africa Cup of Nations (AFCON) kicks off in Cameroon tomorrow, January 9.

The Confederation of African Confederation (CAF), Africa’s football governing body, and the government of Cameroon have concluded stringent measures to ensure that the tournament goes ahead as planned.

In the first match of the 33rd edition of the competition, the hosts will play Burkina Faso to give life to the event from January 9 to February 6, 2022.

Football fans await the thrill, but what does the competition offer to businesses, football clubs and players, organizers, and the Cameroonian government?

Cameroon has already invested almost US$4 billion in infrastructure. Two new stadia, roads, and modern infrastructure have been built to connect the six stadia that the event will be held. The other four stadia have also been renovated. The investment has offered short-term employment opportunities to local engineers and labourers, especially the youth, in a country where 40 per cent of the population lives below the poverty line.

The vast investments have sent a message to the near impossibility of postponing the tournament despite the fears on security and the Covid-19 pandemic.

AFCON 2019 had initially been planned to take place in Cameroon, but Egypt snatched the privilege because of insecurity and unpreparedness by the former.

The country has also allocated a budget of XAF13 billion (US$22.40 million) to facilitate the event’s organization. The budget allocation was revealed by a letter dated September 17, 2021, sent by the Minister of State, Ferdinand Ngoh Ngoh to Joseph Ngute (the Prime Minister).

If the statistics from the AFCON 2019 are anything to go by, Cameroon expects to make considerable revenue from the competition. According to CAF’S chief Ahmad Ahmad, Egypt, the AFCON 2019 collected a revenue of US$83 million.

According to iNews, the competition is expected to generate over US$35 million in revenue for Africa’s governing football, CAF.

AFCON also offers a source of income for national team players and staff. CAF has disclosed the potential of an increase in the prize money for the winning team, first runners-up, and the two teams that will make it to the playoffs.

Despite the pressure being exerted by the Covid-19 pandemic and the security threats in some parts of the country, thousands of fans are expected to land in Cameroon to cheer on their national teams to win the title.

The men’s football championship has already seen an increase in the activity of businesses in the country reported in the hospitality, entertainment, and catering industries.

The owner of a prominent hotel in Yaounde told DW news that she was already hosting one of the participating teams in the competition for two weeks, earning approximately US$24,000 in that time.

Issa Hamadou had switched from selling eggs in the capital to selling jerseys.

“I sell jerseys like those of Indomitable Lions (Cameroon national team), Senegal, Ivory Coast, and all jerseys of the 24 countries playing in AFCON 2021,” Hamadou said. “The price of jerseys will rise, and we will earn more money.”

A bar owner said they would make sure that services were up to standard and expected at least a 30 per cent increase in profits.

There have been conflicts between the English-speaking separatists and the French-speaking government, with the separatists intending to interrupt AFCON.

Cameroon’s government, however, says that enough security has been deployed to make sure that the competition continued without any hitches. Late last year, an explosion had been experienced 20 miles away from one of the stadia in Limbe, highlighting the security threats to the competition.

CAF secretary-general Veron Mosengo-Omba said that the AFCON organizers had made concrete plans for a globally accepted laboratory to test national team players and staff.

He added that spectators would only get through to the stadia if they provided a full vaccination report and a negative Covid-19 report. 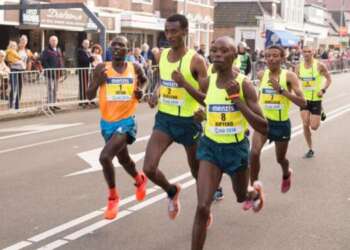