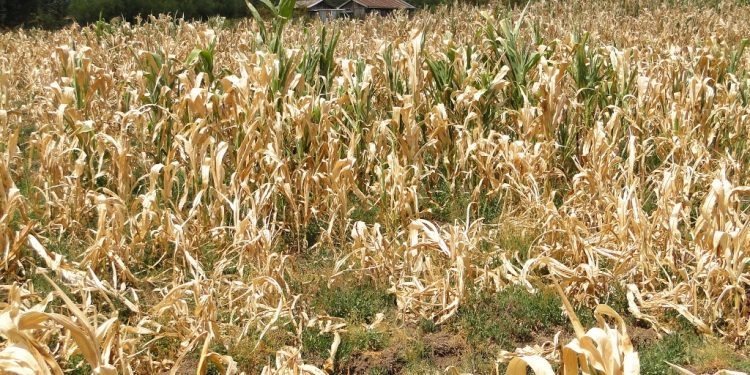 The Greater Horn of Africa region is at high risk of worsening food insecurity in parts of Kenya, Ethiopia, Somalia and Uganda if forecasted rainfall deficits materialize.

This means that around 23.4 million people are currently food insecure in the region.

Among those who require immediate early action are 10.7 million people across Somalia, Kenya, Ethiopia and the Karamoja region in Uganda.

According to Intergovernmental Authority for Development (IGAD), there is a high risk of a worsening situation due to forecasted rainfall deficits although the food insecure population is lower than numbers observed during the 2017 drought where 15.3 million people were at risk.

In a statement by IGAD, delay in the start of the March to May long rains, coupled with forecasted rainfall deficits are building on already dry conditions due to poor October to December rains over some parts of the Greater Horn of Africa.

The poor performance of the past season’s short rains already led to below-average crop production and deteriorating pastures in some agro-pastoral and marginal mixed farming areas.

Analyses show that rainfall levels through mid-April will likely be amongst the driest on record (since 1981) in some areas, particularly in southern Kenya, much of Somalia, Somali region of Ethiopia, and localized areas of Uganda.

Rainfall predictions for the remaining season (15 April to 31 May) suggest that parts of the region will still receive below average rainfall.

The drought may deal a blow to the East African region whose economic growth is outperforming its African peers.

If the forecasted rainfall deficits materialize in April and May, this would lead to an atypical increase in food insecurity and livestock movement, likely to peak from June to October.

Northeastern Kenya, south and central Somalia and south and eastern Ethiopia would likely experience a rapid decline in pastoral conditions.

Dry conditions and high temperatures, between January and March, have already led to deteriorations in pastures and water availability in these areas, affecting livestock body conditions, reducing milk production, and driving pastoralists to keep their livestock in dry season grazing areas for a prolonged period, stressing limited pastoral resources and increasing the risk of conflict in receiving areas.

The Uganda-Kenya border where pastoral conditions are expected to remain acceptable could suffer from possible competition over resource and may result in localized conflicts.

Crop production would also be below average in marginal agricultural areas of Kenya, Somalia and Ethiopia.

This, along with the potential of lower than average production of key regional players such as Uganda and Tanzania, could cause price increases and reduce access of poor households to basic food supplies.

The rains during the remainder of April will be a key determining factor for seasonal performance and future food security.

However, should the forecasted below-average rains materialize, this would be the second consecutive poor rainy season across many areas.

Additionally, in pastoral areas, the widespread nature of the rainfall deficits could limit opportunities for livestock migration.

Under this scenario, worsening food insecurity and nutrition would be likely in parts of Kenya, Ethiopia, Somalia and Uganda, with a peak between June and October and highest severity in worst-affected Kenya and Somalia.

Current 2019 projections show a worrying regional nutrition outlook, which is expected to worsen in the coming months should rainfall deficits materialize.

2.76 million children under five are expected to suffer from acute malnutrition in Ethiopia, 903,086 in Somalia and an estimated 541, 309 in Kenya.

In total, over 4 million children are predicted to require support for acute malnutrition.

This does not include the additional 3 million pregnant and breastfeeding women nor the potential additional numbers if robust prevention is not actively implemented.

History of hunger and famine in Africa

Drought and conflict led to widespread hunger in Uganda in 1980 to 1981.

Approximately 1 million people were estimated to have died during a famine in Ethiopia in 1984 to 1985. This was in the northern highlands of the country where problems delivering aid led to the casualties.

The Somalia famine was caused by drought and civil war in 1991 to 1992 while in 1998 to 2004 during the Second Congo War, more than 3 million people died in the Democratic Republic of the Congo, mainly from starvation and disease.

A strong El Niño affected almost all of East and Southern Africa in 2015 to 2016 causing food insecurity for more than 50 million people.

Torrential rains in East Africa caused floods that killed people, livestock, and crops, and washed away roads and bridges making it hard to deliver aid from February to May 2018.

In June last year, the rain brought some relief to dry pastures and cropland but the height of the lean season brought severe food shortages for many, according to World Vision.

Dealing with the current crisis

The Food Security and Nutrition Working Group urges immediate and coordinated planning by governments, donors and all concerned stakeholders to respond to the potentially deteriorating food security and nutrition situation.

Some of the actions that should be urgently undertaken include activation of early actions focusing on strengthening rural agricultural livelihoods in worst-affected areas to mitigate the likely food security impacts of an upcoming prolonged and severe lean season.

Stakeholders are also being asked to release drought-related contingency funding to enable timely early actions and response and prepositioning required goods for emergency response in advance of the expected peak in needs between June and October.