I&M is headquartered in Kenya with a regional presence in Mauritius, Tanzania and Rwanda

by Martin Mwita
in Banking, East Africa
0
Share on FacebookShare on LinkedIn

Regional financial services group—I&M Holdings (plc) has announced a 17 per cent after tax profit growth for its 2019 half year financial results bouyed by a strong non-interest income.

The lender’s net profit for the year to June 30 closed at Ksh4.5 billion compared to Ksh3.9 billion recorded in a corresponding period last year.

Durng the period, the Group’s loan book expanded six per cent to close at Ksh172.1 billion up from Ksh162.8 billion for the similar period last year.

On account of increased allowances for loan losses, the net Non-Performing Assets (NPAs) recorded a decline of 28 per cent to Kshs 9.2billion.

Net interest income recorded a marginal growth of two per cent to Ksh7.02 billion up from Ksh 6.86 billion in June 2018, attributed to increased focus on growing quality interest earning assets.

Commenting on the financials, Daniel Ndonye, I&M Holdings PLC Chairman noted that the group has sustained its efforts in achieving its corporate strategy’s objectives which is anchored on enabling the growth of a deeply customer-focused organisation responsive to the changing dynamics of the financial sector.

During the period under review, the group successfully upgraded its core banking system to Finacle 10, a major step in increasing operational efficiencies and enhancing delivery standards, while providing a platform to develop more technology driven financial solutions.

“The group continued to deliver market driven financial solutions for its customers, sustained efforts in raising customer service delivery standards, improved internal controls and ramped up efforts in its digital transformation journey to achieve this set of results,” he said.

“Going forward, the group remains optimistic about its prospects for the second half of 2019. With the continued focus on customer centricity, supported by increased rigour towards digitization and highest service delivery standards, there is no doubt that the bank will continue in its steady growth path,” Ndonye concluded.

I&M is a leading commercial bank headquartered in Kenya, with a growing regional presence currently extending to Mauritius, Tanzania and Rwanda.

Since its inception in 1974, the Bank has evolved from a community financial institution to a publicly listed Kenyan-based regional commercial bank offering a full range of corporate, business, premium client and personal banking services.

I&M prides itself on its strong values and key strengths of innovative service and strong customer relationships and through these pillars, I&M Bank aspires to be the banking powerhouse in East Africa for middle to large and premium clients through provision of innovative and market driven banking solutions for its target segments.

Martin Mwita is a business reporter based in Kenya. He covers equities, capital markets, trade and the East African Cooperation markets. 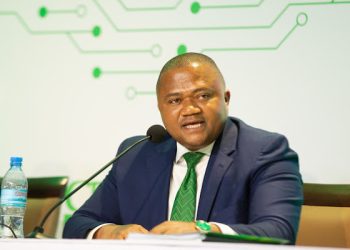 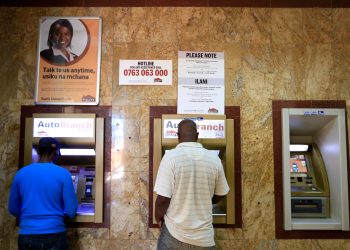