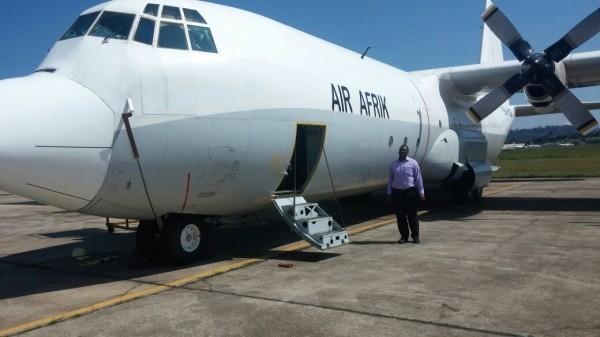 Stanbic Bank has been extensively named in a regional airline’s woes. South Sudan based Air Afrik says it will send home an estimated 200 employees home due to loss of business occasioned by the lenders’ faults.

The carrier hit major turbulence following the loss of a $20 million plane-leasing contract with the government of South Sudan.

Since the loss of the contract and court case against Stanbic Bank the company has been reviewing its process; fitting people into the right jobs and in the process, some roles have become redundant.

“We understand this is a challenging time for our team, but these steps were necessitated following Stanbic Bank’s negligent errors, oversight and unlawful actions,” the company said in a statement

The court case stems from a banking transaction gone awry. According to an official letter to the Central Bank of Kenya, the South African-owned bank admits to having regrettably made an error on this transaction.

Letters obtained from the Central Bank of Kenya and the Bank of South Sudan to Stanbic Bank questions why Air Afrik should suffer on account of a mistake admitted by the bank.

The bank allegedly withheld crucial information from the company as its customer, with a view to covering its negligent errors, oversights and unlawful actions.

Stanbic Bank also supposedly failed to own up and take responsibility for its own errors and oversights and compensate the plaintiff adequately for the damages and inconveniences suffered.

“This unfortunate situation was created by a severe lack in liquidity at the Company, which resulted from Stanbic Bank’s negligent errors, oversights and unlawful actions,’’ the statement read.

Documents lodged at the Milimani Commercial Courts reveal that Stanbic bank allegedly credited $7.2m down payment to Air Afrik’s bank account held in the same bank only to reverse it a few days later.

Air Afrik, refutes the reversal claims. The company alleges that the bank deliberately forged the reversal using a fake account dubbed Air Africa instead of Air Afrik in a bid to deceive them.

The company claims that the bank unduly benefited from the funds as they were not reversed to Bank of South Sudan (BSS) despite Stanbic Bank freezing its accounts in February 2016.

The bank has caused huge losses and job cuts to the company which it seeks compensation amounting to $14.4 million. The revelations from the court proceeding raise fresh questions about the bank’s risk and control processes.