Why ARM Cement has been sold for $50 million

ARM Cement was placed under administration last year after it failed to meet its creditor obligations.

by Chacha Mwita
in East Africa, Mergers & Acquisitions
0
Share on FacebookShare on LinkedIn

ARM Cement has signed a USD50 million (Ksh5.1 billion) deal for the transfer of its business to Devki group’ National Cement Company Limited.

The deal involved acquisition of all cement and non-cement assets and business of ARM Cement PLC in Kenya.

ARM Cement and its subsidiaries currently have operations in Kenya, Tanzania and Rwanda. The Company also has some interests, in the form of unexploited mineral deposits, in South Africa.

The principal activities of the company and its subsidiaries are the manufacture and distribution of cement, mining and processing of industrial minerals and chemicals, trading in other building products and the sale of fertilizers.

Listed on the Nairobi Securities Exchange (NSE), ARM Cement was placed under administration last year (August 17) after it failed to meet its creditor obligations.

The cement manufacturer owes its creditors, whom include local banks, about USD190 million.

Failure to meet its debt obligations has now led to the sale of its assets and transfer of its business to the Devki Group subsidiary.

Its shares have been dormant after being suspended from trading on the NSE with effect from August 20, 2018.

Muniu Thoithi and George Weru of PricewaterhouseCoopers (PwC) were appointed as joint administrators of the Company with the objective of the administration including maintaining the company as a going concern or achieving a better outcome for the company’s creditors as a whole than would be the case, if the company were liquidated without first being placed under administration.

The latest development is an outcome of a meeting held on October 23, 2018, when the creditors of the company approved a proposal by the Joint Administrators to, in conjunction with appointed transaction advisors, undertake a robust, competitive and transparent transaction process aimed at identifying strategic or financial investors in ARM Cement.

This was based on either a recapitalization of the company through an injection of equity and or a sale of all or some of the assets of the company.

They had also proposed a comprehensive restructure of its debt obligations.

“The joint administrators, with assistance from the transaction advisors, commenced the transaction process and received offers from potential buyers representing a wide spectrum of investors from varied geographies. In evaluating the offers, the Joint Administrators were guided by their statutory objective of achieving the best possible outcome for the Company’s creditors as a whole,” the admins said in a statement on Tuesday.

“It is on this basis that the proposed Transaction is being implemented. The transaction is subject to certain conditions precedent including receipt of requisite regulatory approvals,” they said.The deal affects ARM’s Kenyan operations.

Commenting on the Transaction, George Weru, Joint Administrator for ARM Cement said:“We are pleased to announce the signing of this transaction which marks an important moment for the delivery of our mandate as joint administrators of ARM Cement to realise value for the creditors’, ensure continuity for the business and its suppliers and in the process safeguard the jobs of its employees through a going concern sale.”

Muniu Thoithi added that:“This is an important milestone in the administration process. We continue to pursue the transaction processes in relation to the other subsidiaries of the company on a going concern basis so as to reach the best and most expedient outcome in the circumstances for the company’s creditors and will communicate with relevant stakeholders as appropriate in due course.”

On his part, Narendra Raval, Chairman of National Cement said: “This transaction is in line with National Cement’s growth strategy in Kenya to position itself as the leading cement manufacturer in the region. The industry is poised for growth and we are excited about the prospects for this next chapter of our business. We will endeavor to safeguard the interests of all stakeholders including the employees, customers and suppliers in the overall interest of Kenya.”

National Cement is a manufacturer and distributor of cement in Kenya and is a subsidiary of the Devki Group with interests spanning steel products, roofing sheets, aviation and cement.

From inception in 2010, National Cement has reported strong growth and established itself as one of the leading producers of cement in Kenya. The company produces the “Simba Cement” brand. The Devki Group has 4,500 employees and has operations in Kenya and Uganda.

ARM which has been struggling with loses recorded a net loss of Ksh6.5 billion (USD64.2 million) for the year ended December 2017, sinking deeper into losses as the company struggled with low sales. The loss widened from Ksh2.80 billion (USD27.7 million) posted in 2016.

The firm had previously blamed Tanzania’s ban on importation of coal in 2016 as part of its woes leading to loses.

The Tanzanian move sought to protect its own mines where coal consumers were required to enter into supply contracts with local producers.

ARM is yet to publish its 2018 full year financials. Through its administrators, it  has sought an extension to publish its financial statement for the year ended December 2018,  expected to be signed off by the auditors on or before June 30.

The Insolvency Act (Kenya) of 2015 gives companies going through financial turmoil an opportunity to put their act together under administration. This allows them to continue operating instead of the earlier practice of wounding them up.

Walker Kontos, supported by the Regulatory Compliance and amp; advisory team at PwC, acted as legal advisers to the administrators. 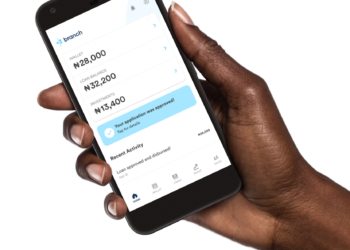