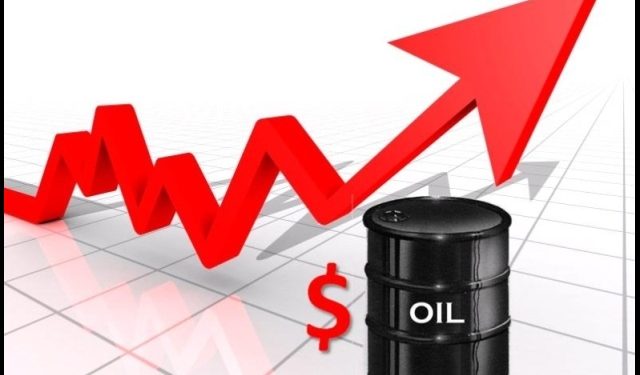 This is in the wake of a rising inflation in Kenya which rose to 6.58 per cent in April

by Chacha Mwita
in Kenya, The Indicator
0
Share on FacebookShare on LinkedIn

Global oil prices which have been on an upward trend since January are putting pressure on Kenya’s economy, as the country’s population continues to dig deeper into their pockets to meet the cost of living.

This is in the wake of a rising inflation in Kenya which rose to 6.58 per cent in April from 4.35 per cent in March, the highest increase in the cost of living in 19 months, mainly driven by high food prices.

Brent, which is a benchmark crude, is currently trading at USD71.90, with overall oil prices projected to surge.

Kenya which prices its oil products on the previous month’s market prices (due to the import period), this week saw the prices of Petrol, Diesel and Kerosene go up by Ksh5.43, Ksh2.24 and Ksh2.40 respectively.

“The changes in this month’s prices have been as a consequence of the average landed cost of imported Super Petrol increasing by 11.39 per cent from USD620.54 per ton in March 2019 to USD691.25 per ton in April 2019,” ERC Director General Pavel Oimeke said in a statement.

Over the period, the mean monthly US Dollar to Kenya Shillings exchange rate depreciated by 0.65 per cent from Ksh100.47 per USD  in March to Ksh101.12 per dollar in April.

Impact to the economy

The rising fuel prices are expected to have spiraling effects to the economy and the common citizen as drought, reduced access to credit and rising food prices remain a concern for many.

READ:Kenya Space Agency intensifies use of science to curb drought

Sectors which are directly affected by a rise in oil prices include transport, manufacturing, agriculture and energy. Fuel prices in Kenya have been on the rise for the past three months after a slight drop in February.

In the transport sector, motorists will have to dig deeper into their pockets to fuel their cars while those depending on public transport are likely to be affected by a rise in fares on different routes across the country.

The cost of transport is likely to increase by between 14 per cent and 40 per cent, according to pundits. For instance a city route which used to charge Sh80 (0.79) is likely to hike the fare to Sh100 (USD0.99).

The Matatu Owners Association (MOA), the lobby group representing Public Service Vehicle owners, says the sector is looking into the impact the fuel prices will have on their daily revenues before making a decision on hiking fares.

“We will calculate and see if it has affected our returns before we decide if fares will go up or note,” MOA chairman Simon Kimutai said.

According to Kimutai, fares have remained constant despite fuel prices going up in the last three months.

“We might be able to absorb the cost like we did last time. We are looking at the effects before we advice on the next move,” he said on a telephone interview with The Exchange.

The manufacturing sector, which is part of President Uhuru Kenyatta’s Big Four Agenda, is also affected by the rising fuel prices.

This is on the fact that industries use fuel either directly in heating furnaces and transportation or indirectly through electricity consumption, where thermal plants use diesel-run generators.

“Often, manufacturers are forced to switch to generators wherever they are faced with power outages and instability. An increase in the cost of fuel will therefore result in an increase the cost of energy,” KAM Head of Policy, Research and Advocacy-Job Wanjohi said.

One of the headwinds which is evident in fuel price changes and highlighted in KAM Manufacturing Barometer for Quarter 1, 2019 was the fluctuation of the exchange rate, which has a huge impact on a country heavily dependent on imported crude oil.

Higher fuel prices mean an increase electricity bills, something majority of households have always not been aware of.

This is on the fuel cost levy, which this month, has jumped by the biggest margin in five years.

Energy and Petroleum Regulatory Authority (EPRA) data shows that fuel levy, which is influenced by the costs in using diesel generators to generate electricity, went up to Ksh3.75 per kilowatt hour (kWh), up from Ksh2.75 last month.

This has been occasioned by the dry weather which has forced electricity generators to switch on diesel engines, as hydro-power production remains subdued as a result of low water levels.

The low levels of water in most part of the country has been occasioned by the dry weather witnessed in the better part of quarter one of this year.

The change in fuel levy is the highest since May 2014 when the levy rose by Ksh2.03.

The business community is concerned the rising fuel prices will affect the cost of doing business in the country.

This includes the cost of goods and transport where most traders might have to shoulder higher costs, which will end up being passed to the end user, making local produces uncompetitive.

This is in the wake of growing competition from cheap imports which have eaten into local manufacturers’ market share.

Imports from as far as Asia, mainly China, are selling in the local market at cheaper price tags despite the export-import costs.

Local manufacturers are also grappling with loss of market share to counterfeits and contrabands which are still finding their way into the country, despite spirited efforts by the government to curb the practice.

Production costs are also likely to go up for large scale farmers who use diesel as a key input in running their farm machinery such as tractors and generators used for irrigation.This is likely to have an effect the final food crop prices.

Generally, Kenyans are angling at tough economic times ahead as a huge population lives below a dollar a day, even as politicians and the elite take home huge paychecks and proceeds of corruption.

Angel investors to fund women entrepreneurs in Uganda and Ethiopia