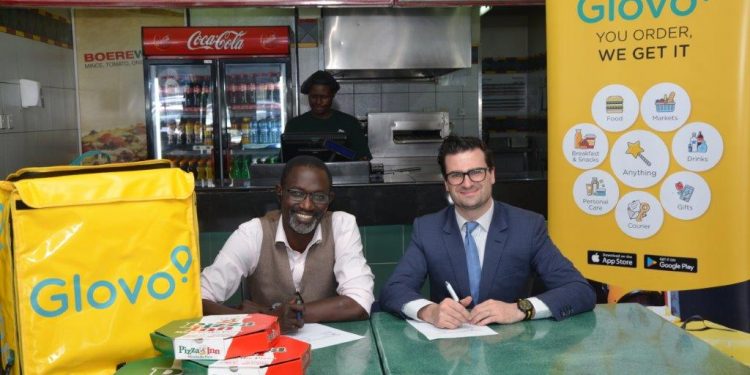 Glovo operates in 124 cities across 25 countries.

Spanish delivery firm Glovo, in a bid to expand its geographical reach within Kenya, has officially launched its service in Kenya’s second largest city, Mombasa.

The move will now see residents of Mombasa experience faster on-demand deliveries on categories such as food,groceries, drinks and courier services from different outlets within the town.

Glovo already has partnerships with outlets such as Chicken Inn, Java House and Naivas supermarkets which operate in Mombasa.

Speaking during the official launch of the new city, William Benthall, Glovo’s General Manager for Kenya, expressed his optimism towards the new venture.

“Our expansion to Mombasa was informed by our wider goal to have a presence in all the towns in the country,” said Mr. Benthall, “We are continually onboarding more partners so as to serve our customers better and offer the best delivery services in the country.”

Mombasa becomes the third major urban center where Glovo has established its services, after launching its service in Nairobi, Kitengela and Nakuru with plans to launch in other towns in the country.

Glovo is an app that allows you to buy, collect and send any product within the same city at a time, in under an hour.

It has more than 5.5 million unique users and 16,000 associated partners. Glovo operates in 124 cities across 25 countries, including EEMEA, LATAM, and most recently in Sub Saharan Africa.

Glovo currently employs over 1,000 people globally, with 400 plus in the Barcelona headquatetrs and over 35,000 active Glovers make money from the platform.