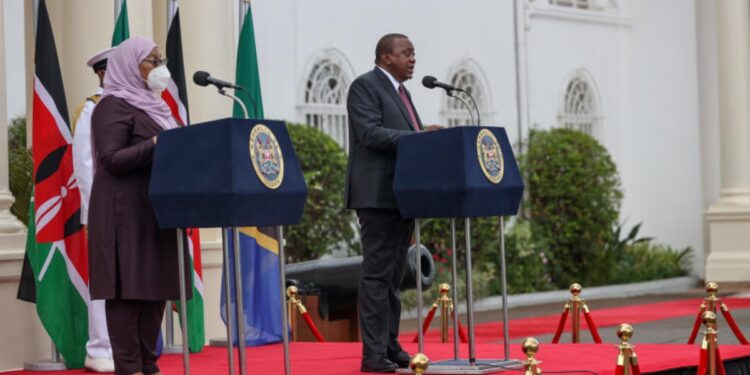 by Wanjiku Njugunah
in Infrastructure, Kenya, Tanzania
0
Share on FacebookShare on LinkedIn

Kenya national government has begun the documentation processes for the dualling of the 40 Kilometre project Mtwapa-Kilifi Road.

The project is part of the 460 Km Malindi-Tanga-Bagamoyo East African corridor development project, a transnational highway between Kenya and Tanzania.

The project is estimated to cost KSh 41.7 billion. The primary source of funds is the African Development Bank (AfDB), which approved a KSh 38.4 million financing package for the project in 2020.

The European Union contributed a grant of KSh 3.3 billion.

Once completed, the government expects the project to create demand for hospitality facilities (hotel and accommodation) at the border entry points to cater for travellers who might need Motels and other accommodation facilities along the way.

It will also promote property values in Mtwapa and Kilifi, attributed to increased demand and ease of accessibility.

The project will support inter-country trade between Kenya and Tanzania by promoting transport ease.

The Kenyatta administration has continued to launch various infrastructural projects throughout the years to make Kenya a regional hub for East Africa.

Some of the critical ongoing projects in Kenya include the Nairobi Expressway and the Western bypass.

According to economic analysts, the projects have been supported by the increased budget allocation to the infrastructure sector, alongside other strategies by the government to fund infrastructural projects.

These include issuing infrastructure bonds and project partnership strategies such as joint ventures and public-private partnerships.

“We expect an increase in the budget allocation for the infrastructure sector to Kshs 211.4 billion in FY’2022/23, 15.8% higher than the Kshs 182.5 billion allocation in FY’ 2021/22 according to the 2022 Draft Budget Policy Statement,” said an analysis by Cytonn Investments.

Construction of $751.2 million Kenya-Tanzania Highway to begin in 2019

The dualling of the road comes barely a month after President Uhuru Kenyatta expressed satisfaction with the progress of the Nairobi Expressway.

When he inspected the project, Kenyatta said that when complete in March this year, the 8-lane elevated dual carriageway will significantly decongest Mombasa Road and reduce travel time between Mlolongo and Westlands to 20 minutes.

During the inspection visit, Kenyatta laid the final box girder bridge a year after the first was laid on 26th December 2020.

“It is a proud moment for us as Kenyans as we are here today witnessing the laying of the last of these girders that are linking this new superhighway, the Nairobi Express Way,” the President said.

Constructed under a Public-Private Partnership (PPP), the President affirmed Kenya’s commitment to continue working with the Chinese government, which he said continues to be Kenya’s key development partner.

“Our partnership with China is mutually beneficial, that is based on win-win, and we are very grateful to the Chinese Government and people for the support that they continue to render not only our country but to the rest of Africa,” President Kenyatta said.

Kenyatta said the expressway had created over 6,000 direct jobs benefitted 200 sub-contractors and hundreds of other local suppliers of building materials such as steel, sand, cement and ballast.

“I want to thank everybody, the Ministry, the contractor, the Chinese Government, security agencies who have ensured that people can work on a 24-hour basis, NMS and all those who have been involved,” President Kenyatta said.

Kenyatta said that the expressway was among the many ongoing road construction projects in Nairobi, totalling over 420 kilometres.

“The difference that has been occasioned by road building, drainage and sewage being put in, I believe that within another two years Nairobi will be a truly 21st Century city, catering for its population in a positive manner and a manner befitting our people,” the President noted.

CS James Macharia said the expressway is just one of several Nairobi link roads lined up, noting that a similar project to connect Mlolongo to the Machakos turn-off, a distance of 20 kilometres, was underway.

“After we finish this project, James Gichuru 27 kilometres, there are another 25 kilometres to Rironi,” CS Macharia said.

Amitruck receives US$4 million for expansion across Africa