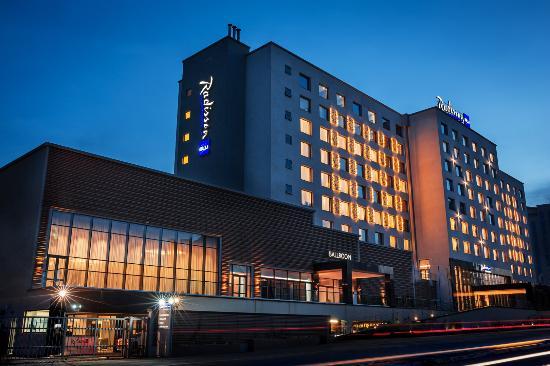 It is estimated the number of available rooms in Nairobi will increase to above 21,000 in the next two years as occupancy remain at 52%

by Chacha Mwita
in Hospitality, Kenya
0
Share on FacebookShare on LinkedIn

Kenya’s capital-Nairobi could soon have an oversupply of hotel rooms, latest trends have indicated, in the wake of heavy investments in the hospitality industry.

Whilst the inclination reflects investor confidence in the country as the city continues to attract high level conferences and investments by multinationals and locals, concerns are now that an oversupply will drawback returns in the industry as hotels scramble to fill rooms.

Average occupancy in the city’s high end hotels (three to five star) remains at 52 per cent, with the number of hotel rooms tripling in the last five years to more than 19,000.

A recent report by consultancy firm PricewaterhouseCoopers (PwC), estimates that the number of available rooms will increase to above 21,000 in the next two years.

This comes as investments in high end hotels continues to be driven by international brands which are seeking to strategically position themselves for business in the country and the East Africa region.

Nairobi leads the pack with the greatest number of quality hotel supply in the region accounting for 45 per cent of these facilities.

READ:13 new hotels to set up in Kenya over five years

Latest data by HTI Consulting-Hospitality and Tourism Industry specialists, shows Nairobi has a total of 1,295 new rooms coming into the market in the next five years.

They include a development by French multinational hospitality company-Accor, which under the Pullman brand, it is putting up 334 rooms expected to be completed in December this year.

Radisson Hotel Group under the Radisson Blu brand is expected to unveil 123 rooms in the third quarter of this year (July-September).

American multinational hospitality company- Hyatt Hotels Corporation on the other hand is developing 60 new rooms (Hyatt House Westlands) to be completed in quarter one of 2020.

Hilton is expected to complete construction of 225 rooms at the Hilton Upper Hill in 2022 while Marriott International will unveil 350 rooms (JW by Marriott) in 2023, which will see Nairobi house one of the first JW by Marriott’s facilities in Africa.

“If they (investors) carry on with the same pace then we are heading towards oversupply,” HTI Consulting CEO Wayne Troughton said during a forum in Nairobi.

The current high supply against a moderately low demand (occupancy) has pushed average room rates down, according to Troughton, as hotels adjust their prices to attract bookings.

“Though Nairobi remains a leading conferencing destination and a regional hub, we need to plan well and my thoughts are the market needs to slow down a bit,” Troughton said.

Though the lower prices gives Nairobi a competitive edge over other regional cities on cheaper accommodation, low occupancy rates and prices are likely to affect returns in these facilities which have invested millions of dollars, pushing them to low operating cash flows and strains in operating  budgets.

“The drop in prices shows there is oversupply. We need to slow down otherwise we are going to drive prices down and down,” said Ben Woodhams, Managing Director Knight Frank, “I am not saying that we stop investing but we should watch the market before adding more facilities. The current 52 per cent is not that bad but it needs to go up for investors to make good profits.”

He said Nairobi is however on a growth trajectory as it remains a conference and business destination.

According to investment firm-Cytonn ( Q1’2019 Real Estate Market Review), the hospitality sector continues to be attractive driven by the improving air transport operations, continued marketing of Kenya as an experience destination, improved security and political stability, “which have continued to boost tourists’ confidence in the country and thus making it a preferred travel destination for both business and holiday travelers.”

“The investment opportunity in the sector lies in serviced apartments in areas such as Kilimani and Westlands markets with rental yields of above 10 per cent and conference centres situated in and away from Nairobi , given the growing number of local conferences and delegates,”  said Juster Kendi, Research Analyst at Cytonn.

Kenya’s 2018 tourist arrivals grew by 37.3 per cent from the previous year to cross the two million mark for the first time, posting a significant growth in earnings to Sh157 billion.

READ:Kenya’s tourism on the rise as numbers hit all-time high

Tourism Cabinet Secretary Najib Balala has since attributed the gains to marketing campaigns which have positioned Kenya as a destination of choice, a stable political environment and coordinated efforts between various arms of government.

“Kenya currently has a total of 68 global hotel brands a clear indication that the international community is confident of returns in investment in the tourism sector,” President Uhuru said during the release of the tourism sector results at State House Mombasa.

During the State of the Nation address on April 4, the President expressed confidence in the country’s economic growth, which expanded by 6.3 per cent according to Kenya’s Economic Survey 2019,with tourism being among the drivers of growth.

The economic survey shows accommodation and food services grew by 16.6 per cent.

This performance was against a backdrop of enhanced security situation in the country coupled with visits by heads of states and dignitaries, and international conferences.

In addition, the growth was supported by withdrawal and relaxation of travel advisories, introduction of charter flights from key cities in Europe, increased flight frequency and routes, and the inauguration of the Nairobi-New York route in October 2018.

The travel and hospitality sector in the country is known for driving exports, providing foreign exchange and creating employment to thousands of Kenyans, which according to travel firm-Jumia, is supports about 1.1 million jobs.

The event which took place this month saw Nairobi host about 500 fund managers and investors from across the globe, who collectively manage over US$1.5 trillion (Sh151.5 trillion) in assets.

The capital is this week hosting the high-level UN-Habitat summit that brings over 3,000 delegates to town.

Unlike its competitors, coffee sector in Kenya lacks cultural attachment

Why banks in Kenya will lend at a maximum 13%