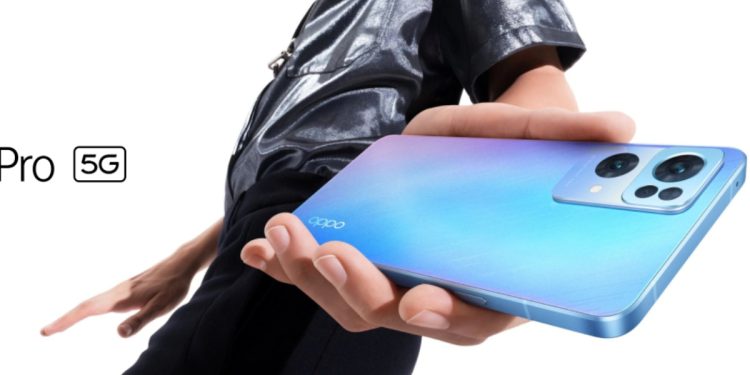 Oppo has announced plans of unveiling the newest addition to its Reno series, the OPPO Reno7 in Nairobi

In a statement seen by the Exchange Africa, oppo said it is preparing to unveil the newest addition to its Reno series, the OPPO Reno7 in Nairobi.

The OPPO Reno7 series will serve as a Portrait Expert with both enhanced camera capabilities and a myriad of features to turn everyone into a professional, allowing them to truly express themselves to the world.

Not only this, for the first time in the Reno Series, Reno 7 introduces the Microlens feature that helps users capture the smallest details that your eyes can’t see. The Reno7 is also the first smartphone to launch a Micro lens feature in Kenya.

Bokeh Flare Portrait is another extensive feature available on both the Reno7’s front and back cameras. This makes the user experience super easy to take photos with beautiful, dream-like bokeh lights as a glittering backdrop.

With just one click, OPPO Reno7 is able to capture portrait images with rich bokeh light spots that look just like those taken on high-end DSLR cameras.

To add on, The Reno 7 features AI Beautification that can accurately recognize and erase blemishes, pimples, acne scars and sunspots, and intelligently retouch skin tones or makeup while keeping other desired features intact in not only selfies but also group photos.

The IMX709 sensor, the next-generation flagship RGBW sensor for the front camera has been exclusively customized by OPPO and built with Sony hardware for clearer and brighter image capture in low-light conditions.

With the Selfie HDR feature, Reno7’s front camera is able to detect light conditions using AI and automatically apply image enhancement algorithms based on the type of conditions detected. This enables users to easily capture high-quality selfies with natural colors and ultra-fine details.

The new line-up of smartphones in the Reno 7 series will be launched in Nairobi on Monday, 25 April, 2022.

“OPPO will soon announce the specs, and other details about the features of the upcoming phones in its much-anticipated launch. OPPO has also announced that they will be unveiling the Reno 7 with well-known celebrities such as Bahati, Diana Marua and Wabosha Maxine to showcase its vast features and extensive capabilities,” the company said.

In a related story, The Exchange Africa reported that telecommunications operators in Kenya should lay the 5G network infrastructure in readiness for the technology’s take-off in the country.

To make this happen, the government which licences telcos has to set up a spectrum to enable 5G deployment. Already, South Africa is among African countries that have adopted 5G.

Kenya lags behind despite being among the pioneers of fast internet speeds on the continent.

The fifth-generation mobile internet connectivity is currently being built alongside 4G LTE networks.

Kenya’s giant telco,Safaricom, has launched voice and video calls over its 4G network, popularly known as Voice over LTE (VoLTE) and Video over LTE (ViLTE).

With a VoLTE-supporting 4G device and a 4G enabled Safaricom SIM card, customers can access the services immediately countrywide. The service will be offered at no additional cost compared to standard calls.

This is due to the ability of 4G networks to support a higher data capacity which in turn can carry up to three times more data per call compared to 3G networks and six times more compared to 2G networks.

Safaricom has been testing 5G’s feasibility in Kenya through its TubeStar Base Station.