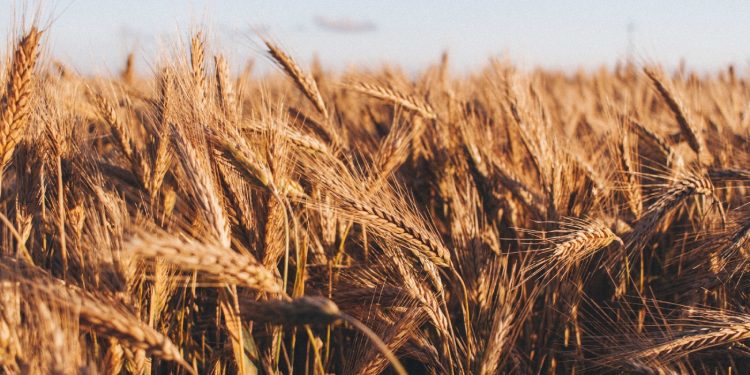 The United Nations Food Agriculture Organization (FAO) stressed the need for Sub-Saharan Africa, to ramp up its food production levels to stave off hunger and recession.

The ongoing crisis between Russia and Ukraine – the two top wheat-producing and exporting countries – and now China and the US, has brought global wheat production under threat.

Africa has felt the blow the most, as it still relies mainly on wheat imports to bridge its production shortfalls. In particular, Nigeria, the most populous country in sub-Saharan Africa, has been hit hardest as its 200 million population heavily relies on wheat products in their diet.

The United Nations Food Agriculture Organization (FAO) in a recent report, stressed the need for Sub-Saharan Africa, which accounts for a mere 1.4 per cent of the total wheat produced in the world, to ramp up its food production levels to stave off hunger and recession arising from food shortages and price hike occasioned by the ongoing supply chain disruption.

And Africa’s leading wheat producer and second-most populous country, Ethiopia, heeded FAO’s call by initiating a national irrigation-based wheat cultivation dubbed: “Irrigation-based Wheat Production: A transformation from Import to Export”, to boost local wheat production. It is estimated that Ethiopia will be producing 70 per cent of its wheat locally by 2022.

In 2019, Ethiopia imported grain from its usual suppliers, amounting to 755,000 tonnes. The United States is Ethiopia’s biggest wheat source, with 30.7 per cent of the import share, representing US$65 million in import value. It is estimated that 30% from this value is for aid relief. The second source of wheat comes from Romania and Ukraine, which have 29 per cent and 24.5 per cent of the import share, respectively. Ethiopia imported a value of USD 61 million from Romania and USD 62 million from Ukraine. Other countries that can be considered strong sources of wheat for Ethiopia are; Russia, Bulgaria and Turkey.

Dr. Tiberio Chiari, former Manager of the Agricultural Value Chains Programme in Oromia- Ethiopia, within the Ethio-Italian Development Cooperation Framework, offers some of these efforts that the government has implemented in the Ethiopian wheat value chain that other African countries can learn from.

The government keeps working harder to ensure the country’s current dependence on wheat importation (of about 1.7 million tonnes) is fully nullified. After years of field experimentation, in 2021, the Ethiopian government launched its new plan.

The objective of the plan is to cut down the import of wheat by producing during the cold season in pastoral dry areas currently available in the Awash, Omo and Shebelle river basins. The approach includes the cultivation of 400,000 hectares of land and the deployment of a large-scale commercial farming model to achieve a productivity of 4.4 tonnes/ha.

Establishment and support for local farmers through cooperatives

The international purchase of fertilizers and pesticides, including distribution to farmers at subsidized prices; the promotion of mechanized farming (mainly ploughing, spraying and harvesting), and the multiplication and distribution of certified seeds are some of the valuable areas where the government has consistently stepped in to enhance the performance of the wheat production/processing industry, through establishment of cooperatives.

The government identified the farmers’ cooperatives, comprising 4.7 million smallholder farmers, as strategic players in any wheat production development plan, for achieving the desired economy of scale. This is both in the delivery of services (promotion of innovative technologies, distribution of input, hiring tractors and harvesters) and in the collection of produce/marketing (storing and cleaning of the product, bargaining with intermediate and final buyers).

Cooperatives demonstrate their commercial reliability in taking and duly respecting contracts of production. To guarantee a win-win strategy, industries and cooperatives must agree that at the obtainment of quality raw material, a premium price is paid.

Essentially, the Ethiopian government has a long track record of policy formulation, specifically addressing the establishment and improvement of cooperatives at primary, secondary and tertiary levels. This is because the cooperatives reinforce social stability, link young and elder generations (i.e. innovative and conservative aptitudes), and dialogue with local authorities and other stakeholders, and are able to absorb economic and climatic shocks internally.

Besides cooperatives bargaining for quality raw materials at a premium price, they also manage all aspects of field production, duly coordinating the individual farmers: training and assisting on-field management practices; distributing the certified seed, fertilisers and pesticides as needed for achieving the expected level of production (both in quantity and quality); storing the harvested product; dialoguing with the agro-processors and agreeing on a final price; collecting the money and distributing it to individual members by quota for their contribution.

Interestingly, to ensure millers produce wheat derivative foods at affordable prices for the Ethiopian populace, the government usually counteracted food price spikes by importing several tonnes of wheat and delivering them to registered mills at a subsidized price.

In this scheme, the millers take the obligation to provide bread loaves to the population at a fixed reduced price, with authorities acting for any needed control.

The financial burden for wheat import is particularly high for the Ethiopian treasury and its hard currency reserves. Therefore, massive wheat imports are emergency strategies for preventing social suffering and possible civil disorders.

Other areas where the government has continuously intervened in Ethiopia are the wide provision of warehousing facilities and market information systems to smallholder farmers across the country.

Warehouses for the temporary storage of produce are a critical asset to enable cooperatives to fulfil their engagements with the final buyer. The provision of wider storage facilities in the wheat farming belts helps reduce field losses, further helping smallholder wheat farmers maintain the quality and a high nutritional value of wheat derivative foods sourced from local produce.

In Ethiopia, the government provides tax exemption for the import of agro-processing equipment for milling, pasta making, and bakery for players. Also among the government intervention efforts are the establishment and recurrent strengthening of the wheat research centres, both at central and local levels.

Tax exemptions help reduce cost of inputs into the production process and give incentives to farmers and millers to immerse themselves in wheat farming.

These interventions have yielded remarkable results in the Ethiopian wheat value chain, recording significant increases in yield from about 1.3 tonnes per ha in the nineties to 2.8 at present. The country’s annual wheat production since 2020 has reached around 5.1 million tonnes.

Wheat import currently is at 1.5 million tonnes per annum, about 25 per cent of total national consumption. The government is not relenting in its growth effort yet. It keeps ploughing development funds into the wheat development programme.

Impact of logistics and supply chain infrastructure development in Africa