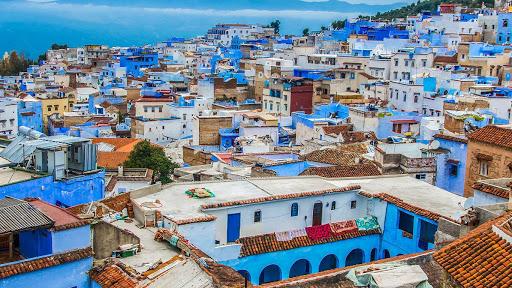 While continuing to monitor the economic and financial situation closely in the country and at the international level, the bank decided to maintain its key rate unchanged at 1.5 per cent.

Morocco’s Gross Domestic Product (GDP) is expected to fall by 6.3 per cent this year before recovering quickly and rebounding by 4.7 per cent in 2021 according to Morocco’s central bank, Bank Al-Maghrib.

According to Bank Al-Maghrib, like all countries around the world, the Moroccan economy has been affected by COVID-19 pandemic and the lockdown measures put in place to prevent the spread of the deadly virus.

While continuing to monitor the economic and financial situation closely in the country and at the international level, the bank decided to maintain its key rate unchanged at 1.5 per cent.

As a result of higher volatile food prices, the Moroccan Consumer Price Index rose by 0.9 per cent in August after its stagnation in the second quarter and its slight year-on-year decline in July.

The central bank also added that inflation is expected to continue evolving at low levels, averaging 0.4 per cent in 2020 before rising moderately to 1 per cent next year.

The bank also said that it will regularly update its projections which remain surrounded by uncertainties caused by the evolution of the pandemic, the scope of its repercussions and the pace of recovery.

Following this, Morocco’s farm exports rose 8 per cent in 2019-2020 financial year to $4 billion despite the country experiencing a severe drought in some key exporting regions and the surge of the COVID-19 outbreak and its disruption of global supply chains, the agriculture ministry said.

Compared to 2010, as Morocco implemented sector-based strategies that aim at boosting the agricultural added value, promote exports and save irrigation water, its exports jumped 130 per cent.

Vegetable exports rose by 12 per cent, tomatoes by 5 per cent, red fruits by 22 per cent, watermelons by 44 per cent and citrus fruits by 26 per cent.

The 2020-2021 export season seems promising as Morocco’s sales are expected to increase by 10 per cent.

The country’s trade deficit in the first seven months this year eased by 18.2 per cent as foreign demand on Moroccan industrial exports curbs imports.

Also Read: The unemployment rate in Morocco drops to 9.2 per cent in 2019

Uganda’s trade deficit and exports in 2020