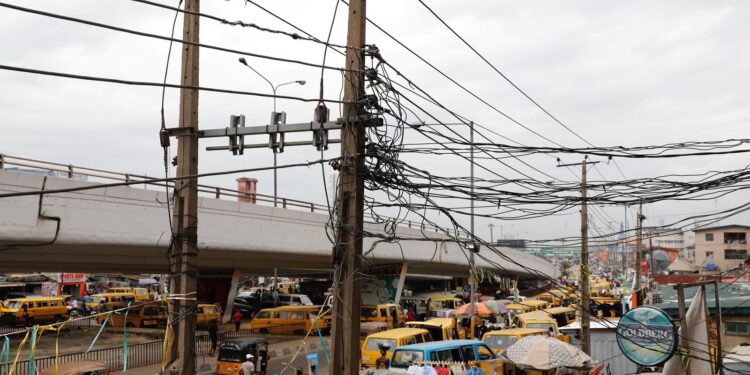 by Joseph Kangethe
in Energy, Nigeria
0
Share on FacebookShare on LinkedIn

The current electricity generation in Nigeria drags at 5000MW despite the heavy demand that is increasing by the day.

The federal government targets fixing and reviving a struggling energy sector in the country. The million-dollar budget allocation comes amid energy stakeholders opposing the federal government’s unwavering support for private entities in the industry.

The significant projects highlighted in the 2022 budget are:

The forum has advised President Buhari to do away with the power regulator in the country, NERC, and move the responsibilities to the Federal Competition and Consumer Protection Commission (FCCPC).

NERC reports the US$630, US$1.87 million Electricity debts owed to Nigeria

The regulatory commission said that power firms from three West African countries and some other special customers owed a total bill of approximately US$1.87 million (N770 million). The bill was issued by the Nigerian Bulk Electricity Trading Company (NBET) and the market operator (MO) of the Transmission Company of Nigeria (TCN).

NERC detailed that the debtors had made no payment.

Read: Buhari To Utilize Gas To Uplift Economy And Industrialization

Electricity distribution companies, Discos, had also not paid for the electricity sold to them by NBET.

The second quarter of 2021 indicates that a total invoice of approximately US$630 million (N259.7 billion) was issued to 11 DisCos from NBET Plc and for service charge by MO, out of which roughly US$320 million (N130.11 billion) had been settled, reporting a remittance performance of 50.1 per cent.

NERC reported that apart from Eko Disco, none of the other discos met their expected minimum remittance thresholds to NBET in the quarter under review.

However, the National Coordinator of the All Electricity Consumers Protection Forum, Samuel-Ilori, said that the national government should spearhead sufficient political will to make the necessary changes in the power sector.

“Our advice to the president is to scrap NERC for not living up to its responsibility of regulating the industry,” said Samuel. “Government should put the sector under the supervision of FCCPC, which has shown that it has what is required to protect the interest of Nigerians.”

Samuel noted that stakeholders in the power sector had previously ignored directives from NERC without any sanctions, which has encouraged impunity and complacency in the industry.

He gave an instance where the All Electricity Consumer Protection Forum had to institute a suit against NERC and the DisCos (energy distributors) when an order from the regulatory commission on capping estimated billing was not obeyed.

The Forum Coordinator also indicated that the Metres Assets Providers Scheme stipulates a period, not beyond ten days, which a customer should be metred after making payments. Still, some of the power distributors are not adhering to the directive.

Samuel-Ilori decried the slow process of electricity metering customers across Nigeria. They should be empowered to procure their paid metres directly from any source rather than from the energy distributors.

Read: Nigeria takes on revenue boost and small business support for the economy