Despite being ravaged by civil war South Sudan is endowed with oil and gas reserves of which 90 per cent of it hasn't been explored. 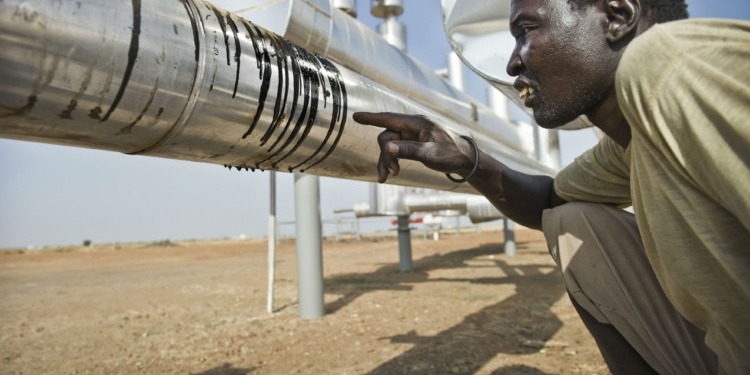 South Sudan is endowed with plenty of oil and gas reserves of which haven't been explored yet.(Photo/ Global Witness)

Numbers have been a better tool in analysing a very complex scenario, and in this case, South Sudan conflicts put it at a disadvantage economically.

According to a 2015 Oxfam report, depending on the intensity of the conflict, the costs for South Sudan conflicts could reach a staggering range of between $22 billion and $28 billion over the next five years.

The cost of war shockingly overpowers the new nation’s 2021/2022 fiscal budget of around $2 billion. These numbers show how wars suck the life out of African economies, especially those engaged in constant conflicts.

“This scenario would also mean that the neighbouring economies of Ethiopia, Kenya, Sudan, Tanzania and Uganda could collectively save $53 billion,” the 2015 report stated.

Five years later, after this publication analysed its forecast, South Sudan continues to be affected by violence and corruption. Various humanitarian organizations and international human rights bodies find the current trajectory taken by the country jeopardizing to the young nation’s efforts to build lasting peace and place it on the road towards sustainable development (Human Rights, 2021).

According to a September 2021 publication by the Human Rights Council, the Chairperson of the Commission of Human Rights in South Sudan, Yasmin Sooka noted that more than 4.3 million people have been displaced, with almost 80 per cent of the population believed to be living in extreme poverty, and more than 7.2 million people experiencing food insecurity.

The Oxfam report still resonates with the current situation in terms of numbers. The peacekeeping community uses a lot of energy to halt South Sudan’s conflict instead of building its oil industry potential.

“According to investigations carried out by the Commission over the past two years, more than $73 million was siphoned off since 2018.” She also noted that this figure is only a fraction of the overall amount looted, as South Sudan’s ruling elites had diverted more than $4 billion, since 2012 – the year after independence, the publication noted.

According to the World Bank, one of Africa’s close development partners, South Sudan’s economy is vulnerable to weather, oil price, and conflict-related shocks.

“The economy had picked up strongly before the COVID-19 pandemic, with gross domestic product (GDP) real growth reaching 9.5 per cent in FY2019/20. The oil sector has continued to be the primary driver of growth, with estimated oil production of 62.1 million barrels in FY2019/20, representing a 26.5 per cent increase on the 49.1 million barrels realized in FY2018/19. In the agricultural sector, the cultivated area increased by 6 per cent in 2020 compared to the previous year. However, it is still far from reaching the pre-conflict levels,” World Bank South Sudan economic overview read in part.

After a decade of being a new country, it is not acceptable for 82 per cent of South Sudan’s population to be poor.

Conflict sucks the life out of South Sudan

Since December 2013, nearly 400,000 people have been killed, while more than 2.27 million people have been displaced, according to Global Conflict Tracker. Even after putting an agreement to cease tension in South Sudan penned in 2018, armed violence in the country still echoes loudly.

The country’s fate is still blurry despite being endowed with crude oil—a vital resource that has revitalized the economies of other countries—the United Arab Emirates (UAE) is an excellent example in this case.

With the constant emergence of violence against people averaging 733 incidents annually since 2017—South Sudan is ruining its prosperity as its mars progress towards building a solid and sustainable oil industry (African Center for Strategic Studies).

“Upon South Sudan’s independence in 2011, many hoped the country’s oil wealth would help build the state and lift citizens out of poverty. Instead, politicians have shunted these revenues toward patronage and personal enrichment, feeding internal conflict. Transparency and accountability are badly needed,” According to a report by International Crisis Group—an independent organization working to prevent wars and build peace.

While the country is still bleeding—literally and trying to heal from war, Kiir’s administration has failed to respect and secure South Sudan’s last beacon of hope, oil.

“During the war, Kiir mortgaged future oil exports for advance loans from a small group of commodity traders and commercial banks, piling up debt while hiding the country’s finances ever further from sight. Meanwhile, his loyalists diverted large portions of state revenue from the official budget, which is so leeched that the government routinely fails to pay salaries. The result is a cash-strapped state and a deeply aggrieved population with little confidence in its leaders, amplifying political and ethnic hatreds,” the report noted.

The South Sudan oil industry mostly operated by foreigners (Chinese and Malaysian engineers) has been an iconic mark used by politicians to wave South Sudan’s symbol of fortune. However—nothing seems to work within ideal democratic terms, as President Salva Kiir sidelined his rivals and grasped the benefits of the lucrative resource.

As the third-largest oil reserve, the country secures its primary revenue through oil production, pumping 156,000 barrels a day.

South Sudan has been fighting for a very long time. To an extent, it cannot sustain the oil industry by itself.  With roughly 3.5 billion barrels produced annually (Voice of America-VOA), South Sudan has not yet explored 90 per cent of its oil reserves. The government is anticipating procuring foreign investors to maximize production and revenue.

War has also reduced oil production potential as the civil war damaged oil fields—which are now recorded to produce less than half the original capacity, 150,000 barrels/day (from 350,000 barrels/day).

If the country prolongs its civil war, it stands to lose more, especially in building its capacity to exploit crude oil, which stands to transform its economy.

According to July 2021 report by VOA, only 26 per cent of the national workforce works in the oil and gas sector. Factoring in nepotism and tribalism, South Sudan faces many internal human capital issues that determine the fate of sectors and economies of communities.

Africa has more to offer to the world and seldom does it do just that. In most cases, nations such as South Sudan block their path to prosperity. Unless South Sudan deals with its internal conflict and stabilize the economy—by weeding out corruption and mismanagement of funds, to mention a few—it will remain a war-ridden nation.