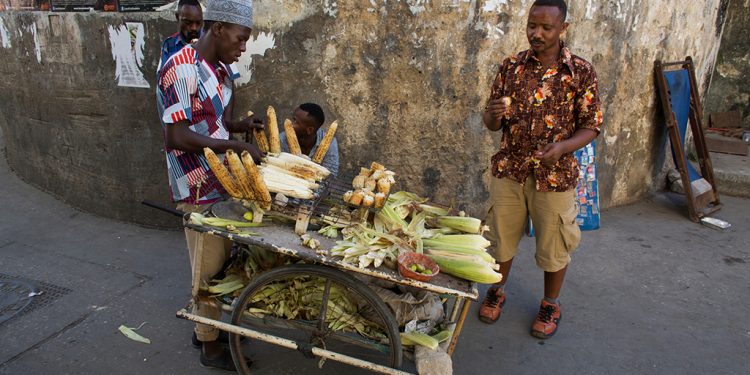 Banking on the informal sector: can Tanzania fetch billions?

The Tanzanian informal sector is one of the leading employers’ spheres and a rather pool for mushrooming local or indigenous knowledge and creativity, which eventually remains dormant, and not analyzed keenly.

Available data of the past shows how the informal sector bears merit to the convectional economy if utilized effectively. The International Labor Organization data points out that, non-agriculture jobs in the informal economy represent 66 per cent of all employment in Sub-Saharan Africa (SSA).

Further, about 74 per cent of women are within informal employment boundaries, compared to 61 of the males. Data published by Statista, show that agriculture sector—which has been attracting a multitude of the Tanzanian un-employed population, has been the leading employment sector since 2008, where it scored 73 per cent, today it stands at 66.35 per cent.

In August this year, Tanzanian’s National Bureau of Statistics (NBS) and Ministry of Finance and Planning, did a an analysis on the sector and acknowledged that, the sector’s intense contribution to the economy.

However, the statistics body has no reliable data to paint a clear picture, as it has over 24 years survey gap on the matter.

The informal sector in Tanzania is said to account over 60 per cent of the Gross Domestic Products (GDP), and at the same time, the government is taking a serious look on the artisanal miners operations, by scratching off some taxes, but other spheres of informal sector, particularly in agriculture, recreational activities, and retail trading  demand a total reformation to prove billions.

What is the informal sector in Tanzania?

The informal sector in Tanzania, is found to exhibit reliance characteristics which pivoted to indigenous resources, operated by ad-hoc rules, forms of leadership, have low wages (particularly to women), less security (primarily occupational), and with a less educated human capital stream with no certification on their respective “profession”.

On the same note, the informal economy landscape in Tanzania is perfectly translated by the World Bank, which signifies, the daily informal sector affairs as the realities of African economies.

The informal sector size in Tanzania has been recorded by ILO to be 60 per cent of the GDP, the same as Nigeria and Zimbabwe.

What has been done so far?

There have been surveys executed in 1991 and 1995 on the informal sector status in Tanzania. Careful analysis and debates organized by research institutes and think tanks (Policy Forum and REPOA) on unveiling the informal economy potential have been streamlining different possibilities for the government, private and third sector to intervene.

The government of Tanzania, has just begun taking a step on the mining sphere by aligning informal miners cries with their aspirations to expand the mining industry contribution to the economy, and yes—the process has been proving millions, so far artisanal miners contribution to the government, rose from $1.4 million to $ 2.3 million between January to June 2019, according to Ministry of Minerals data.

The informal economy has been given a spotlight by the government. As many people within the sector, refer to their affairs as “entrepreneurial tendencies”, the government’s entity Small-Industries- Development Organization (SIDO) and National Entrepreneurship Development Fund (NEDF) have disbursed over $ 756,000 to more than 1000 entrepreneurs.

Despite the fund disbursement, still, the efforts need to resonate with the real informal economy landscape, which mirrors the real economic realities.

In December 2018, President Magufuli came up with customized, 670,000 petty trader’s identification cards, charged $ 8 per year. The ID’s were argued to formalize and eliminate nuisances from city and tax officials in cities, including commercial-pulse Dar es Salaam. The latter was a cry that, the president himself vowed to expunge.

The government has policies that highlight on the promotion of decent work and Inclusive economy; however, a rather economical sound plan needs to be birthed to realize the existing potential of the sector, which undoubtedly serves a wider and rich population.

The Ministry of Employment data points out that, the informal sector has employed about 21.7 per cent of the population, which is equivalent to three people out of ten.

A 2017 debate on the potential of the informal sector in Tanzania, pointed out that, It is important to recognize the role of equity and efficiency is a vital currency in attaching substantial value to the sector, which lacks the two aspects.

Further, the debate came with rather crucial points on the matter, that stakeholders ought to take a close look.

“To disaggregate informality into policy-relevant categories, rather than take it as an undifferentiated lump and then gauge policies by their impact on its magnitude. Reducing the costs of transactions for paying taxes as with the use of a simple presumptive tax- will help incentivize small informal business become formal but it might not be enough. Improving the livelihoods of the working poor in the informal economy, particularly women, by increasing their access to productive resources and services as well as legal and social protection and by enhancing their voice and representation. Several levels of intervention and different entry points need to be taken up simultaneously for a system-wide change to be effective,” the debate agreed.

Telecoms and modern innovation have viable slates to levitate the informal economy to higher standards over time and space.

Kenya at the centre of Africa's Antibiotic resistance fight