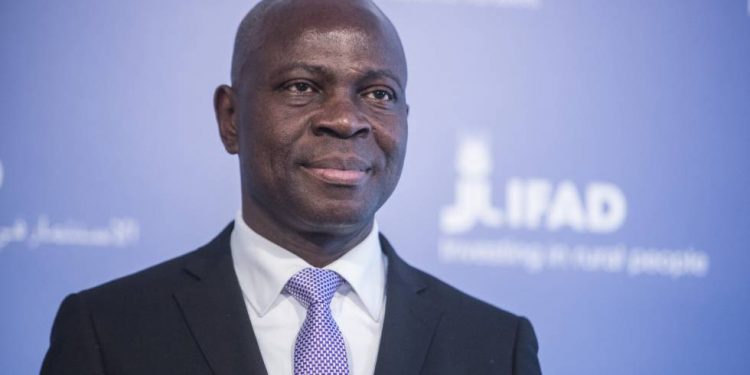 IFAD to boost agriculture in Tanzania with a $55.3 million funding.

80 per cent of Tanzanians are employed in the agriculture sector

The International Fund for Agricultural Development (IFAD) has set aside Ths.127.3 billion ($55.3 million) for funding agriculture projects in the country for three years beginning January 2020.

A State House statement said that IFAD president Gilbert Fossoun Houngbo revealed this on 20th May 2019 when he held talks with President John Magufuli.

Houngbo who was in the country for a three-day official visit hailed president Magufuli`s government for the strong efforts in implementing various development projects including those funded by IFAD.

He said after setting aside the funds, IFAD is now waiting for the Tanzanian government to indicate key areas for the money to be allocated, noting that he hopes the projects will be implemented since Tanznaia is a peaceful country, and given the way the government has shown its commitment.

In his remarks President Magufuli thanked the international agency for the support and promised that the working relations existing since 1978 between Tanzania and the agency will continue for the country`s benefit.

President Magufuli said the money will be used in key areas which are of interest to the agro-sector including the use of technology in production, seed production, solving market challenges and improving livestock keeping. He thanked IFAD for not attaching to it some terms and conditions.

The Head of State further directed the Ministry of Agriculture to immediately list key areas for the funds to be allocated.

Houngbo landed in the country on Sunday May 19th to discuss with President Magufuli key issues on better ways to improve food and nutrition security, jobs for rural youth and poverty reduction.

The talks were also expected to dwell on the role of smallholder farmers in ensuring food security, the challenges posed by climate change, opportunities agriculture can offer to rural youth and the need for more investments to transform agriculture into a highly productive and competitive sector.

Since 1978, the fund has financed 15 rural development programmes and projects in Tanzania for the total of Tshs.1.9 trillion ($839.5 million), with an IFAD investment of Tshs.835.8 billion ($363.4 million), directly benefitting about four million rural households.

After the talks, the Swedish minister praised the president for success in fighting corruption, stating his country`s desire to cement relations with Tanzania. The talks were attended by Foreign Affairs, East African Cooperation, Regional and International, Professor Palamagamba Kabudi.

On the same day, President Magufuli swore in Dr. Mpoki Ulisubisya as Tanzania`s Ambassador to Canada. The event which took place at the state house was attended by Prime Minister Kassim Majaliwa, Foreign Affairs Minister Professor Kabudi and heads of security and defense agencies.