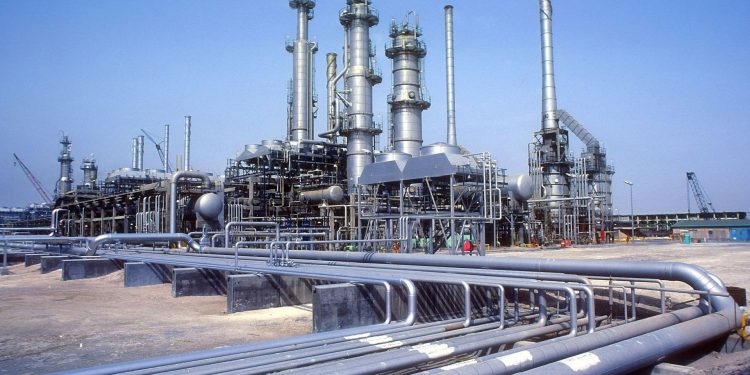 According to the Ministry of Energy, the current natural gas price sold to industries stands at $ 4.7 to $ 7.72 per unit.

by Padili Mikomangwa
in Energy, Oil&Gas, Tanzania
0
Share on FacebookShare on LinkedIn

Tanzania’s natural gas prices are set to be reviewed by the Ministry of Energy as the sector undergoes a major face-lift to improve taxation and revenue collectiong.

Under the leadership of President John Pombe Magufuli, Tanzania’s extractives sector has been undergoing a major overhaul to improve taxation and revenue collection within contractual agreements concomitant to the resources extracted from the country.  These are measures necessary for a Tanzanian oil and gas success story.

According to Tanzania Petroleum Development Corporation (TPDC), natural gas exploration has been carried out since the 1950s, but it was in 1974 that gas discovery was made in Songo Songo Island.

The discovery made Tanzania known globally as a natural gas-rich nation in the region, which in return sparked interest for the nation to take its first steps to formalize the industry, including the birth of TPDC in 1973 and the enactment of the Petroleum (Exploration and Production) Act of 1980.

From that point, TPDC went on with the race for gas and discovered another reserve, Mnazi Bay, with gas reserves of potentially two to three trillion cubic feet (tcf); the gas-field coverage is 756km2.

However, at a different occasion (Third Tanzania Oil and Gas Congress, 2019), TPDC, Managing Director, James Mataragio, cited that, at present, 470 million standard cubic feet per day (mmscf/d) is the installed natural gas processing capacity and over 1000 mmscf/d on transportation capacity.

Thus, at present more than 40 industries are consuming natural gas in Tanzania, which begs the question: can the price reviewal attract more industrial consumption?

Throughout the discoveries, Tanzania has managed to attract a decent number of investors into the sector, drawing in the first natural gas producing company in Tanzania, PAET, working in the Songo Songo gas fields, which has 1.5tcf of natural gas reserves.

Compressed Natural Gas (CNG) is yet another economic breakthrough via energy Tanzania might embrace over time, due to its economic viability to revitalize local economies and add value to the entire natural gas industry in Tanzania.

CNG is technically a suitable replacement to gasoline or diesel fuel, most importantly it’s environmentally friendly emitting less carbon into the atmosphere compared to fossil fuels.

According to TPDC, Tanzania has proven natural gas reserves of about 57 trillion cubic feet (tcf), in other words, this means that CNG fueling stations stand to be vital resources in stimulating the local economy via business and technological developments of the sub-sector.

According to the Ministry of Energy, the current natural gas price sold to industries stands at $ 4.7 to $ 7.72 per unit.

However, on September 24th, Minister Kalemani, brought forth the review in a rather exhaustive manner, citing two respective industries ( dealing with iron processing and tile making) within the coastal corridor, as a real-time example before the entities, whereas both industries have been requesting a natural gas price reduction to enhance production.

“It’s the government’s focus to create a conducive environment to investors, that’s why, I am directing the review of the respective prices to commence immediately, so that, you may to come up with realistic prices that are beneficial to all sides,” Minister comments

Further, Minister urged experts to gather crucial experience from other nations, with a robust natural gas success story and tailor that experience to fit within the Tanzanian natural gas business stream.

However, Unequivocally, Minister Kalemani expounded various reasons behind natural gas price variations over space, primarily on upstream costs, which are associated with costly high-tech inputs, which influence pricing over space and time.

Recently, during the third Tanzania Oil and Gas Congress, world natural gas players (delegates) were assured of the vast potential existing in Tanzania, including extra reserves of natural gas.

Minister Kalemani, revealed to delegates and the rest of Tanzania, on 5.2 TCF, which is an additional reserve to add up to the discovered reserve of 57.74 TCF. He further added that, currently, Tanzania has consumed 0.5TCF of natural gas, 50 percent of it being used for power generation across Tanzania.

Over space and time, natural gas has levitated Tanzania’s industrial and energy generation sector respectively. It is crucial for the natural gas pricing to resonate effectively with Tanzania’s business environment, to attract more industries to use gas, which triggers more production necessary to enhance the sector and the economy at large.