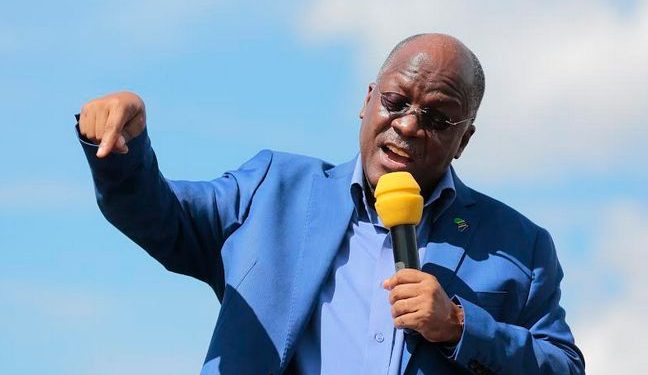 President John Magufuli on 1st May said there would be no pay rise for civil servants this year – the fourth time he addressed Workers` Day without salary increment – defending the position as meant to avoid inflation.

Addressing at the International Labour Day which was observed at the national level in Mbeya city in the Mbeya Region, the Head of State said his first priority is to build the economy, expressing optimism that development projects being implemented now shall warrant increments in future.

`I know you expected to hear me announce a pay rise. If I do that today, tomorrow transport and everything else will go up. Please be patient, ` the president appealed.

Prior to his address, the social media was awash with predictions that after celebrating three previous Workers` Day without announcing the sweet news, the president would not end his speech without the declaration of a pay rise.

President Magufuli said his government decided to use the money it collects to build the economy, noting that with the investment that is being leveled in various development projects, there is hope that it matures, hence facilitating higher wages and salaries. The government is currently focusing on implementing development projects, and wage increases would only come after ongoing projects have been completed.

Construction of the Standard Gauge Railway (SGR) line to link the commercial city of Dar es Salaam with the capital of Dodoma, Rufiji Hydropower Project at the Selous Game Reserve in Morogoro Region  and construction of International airports are some of the projects pursued by the government, the president pointed during his address.

`For me, I think it is better to allocate sufficient funds to facilitate implementation of development projects rather than increasing wages to workers, ` he said. `Salary increase will also depend on performance and accountability of public workers. I therefore encourage workers to continue working hard. `

Earlier, Trade Union Congress of Tanzania (TUCTA) president Tumaini Nyamuhokya requested the president to remember his promise on wage increases, saying workers were eagerly waiting for that measure. He urged the government to bring the wages board to meet workers` unions and discuss the various issues being raised by workers.