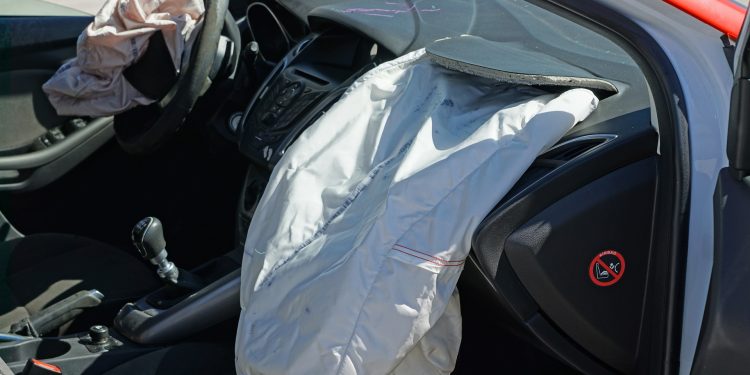 Tanzania has been cited to record a promising mark over the past eight years on life insurance category, according to a report by Deloitte.

by Padili Mikomangwa
in Economic Growth, Premium, Tanzania
0
Share on FacebookShare on LinkedIn

The insurance industry in Tanzania is poised for growth and has the potential to pocket more markets over time.

The industry has gained vital milestones as the Tanzanian Insurance Regulatory Authority (TIRA) argues that the country has continued to play its strategic role in the national economy by providing underwriting capacity, making appropriate compensation against risks and contributing towards mobilization of financial resources for Tanzania’s sustainable economic development.

In 2019 former insurance regulator Dr. Baghayo Saqware noted that essential reforms were underway to increase coverage and stimulate economic growth by ensuring implementation of policy and non-policy reforms intended to boost the image of the insurance industry and increase public confidence, according to a report by The Citizen.

Across East Africa, Tanzania has been cited to record a promising mark over the past eight years on life insurance category, according to a report by Deloitte East Africa Insurance Outlook 2019/2020.  The report argues that, “There has been a persistent positive year–on–year growth in gross written premiums over the last five years from 2012 to 2017.”  However, the report painted a rather different picture on several prospects, including equity values fluctuations.

“Although equity values have been on the rise, returns on shareholders’ equity have been fluctuating year–on–year from 2012 to 2017, registering a low of approximately 25 per cent in the last two years. The graph below indicates that the shareholders’ returns have remained flat for 2016 and 2017.”

Further, as Tanzania’s economy ascends through the heights of growth, the life insurance industry has gained fast growth over the five years (2012-2017), than growth in the nominal and real Gross Domestic Product (GDP) due to increased demand for life insurance products.

This means Tanzania has the potential to maximize its insurance industry, particularly now it has attained a lower-middle-income status.

What the industry says

According to a TIRA 2019 quarterly report, there are more than 30 licensed insurers conducting business in Tanzania, around 25 insurers transacting general insurance business, four life insurers, one composite (both general and life insurers) and one reinsurance company.

This arsenal has resulted in market growth by 15.2 per cent (as at March 31, 2019) in growth premiums written to nearly $102 million, a considerable increase compared to around $88 million in the previous year.

According to TIRA, this respective performance was above the set target of 10.5 per cent annual premium growth for the industry.

However, the report unravelled a crucial factor: the general insurance business landscape grew by 14.6 per cent, which is equivalent to $91 million in gross premiums from $79 million in the corresponding period in 2018.

TIRA report also depicted the insurance industry product mix, painting a diverse share of the market. “General insurance product mix shows a share of motor insurance business at 29.9 per cent. This is followed by health (23.1 per cent), fire (22.3 per cent) and accident (9.2 per cent). Other classes shared the remaining 15.5 per cent of the total general insurance business. Life assurance, on the other hand, was dominated by group life classification at 77.6 per cent, followed by individual life at 22.3 per cent,”

The regulator affirms the fact that a middle-income Tanzania is a potential recipe for success of the insurance sector, especially its sub-sectors which could be driven by a healthy demand for insurance products.

The insurers’ pool has been gaining substantial ground, where the total insurers’ investments increased by 6.4 per cent from about $269 million to nearly $287 million as of March 31, 2019.

However, the report highlighted that investment income for the market decreased by 30.8 per cent during the three months to March 31, 2019.

According to the Deloitte report, life products have been at the centre of the insurance business expansion in East Africa, including Tanzania where AAR and Britam to mention a few, have claimed solid ground amid other competitive players.

On a comparison basis, Kenya has acquired a strong hold on life insurance from 2013 to 2018 compared to Tanzania. The Deloitte report said that, “In the last five years, the life insurance market in Kenya has experienced growth in both the level of direct premiums as well as in the equity held by the industry constituents. There has been a record of positive returns on shareholders’ equity in this time frame.”

Also, on the competitive landscape, the report argued that Tanzania’s insurance pool is slightly behind Uganda on profit margins, saying, “The top five life insurance companies have been growing steadily; however, their profitability is less compared to the profit margins observed in Ugandan insurance companies. The size of the bubble represents the gross written premiums for the year 2017.”

As the market becomes competitive across the region, Tanzania’s insurers have to be open and fast to adopt and domesticate new ways towards prosperity.

This means taking the helm of technology and big data utilization to enhance their reach towards better and richer markets across Tanzania.

These two pathways as recommended by Deloitte will favour insurers in Tanzania to remain relevant amid the competitive scenarios present but also improve their operational situations by employing the best technology the industry can offer.

Hence, customers all over the world are now more aware of different perspectives around products they desire including those in the  East African region.

“Although the operating environment has remained largely unchanged in the insurance industry, other industries such as banking, transportation and manufacturing have already started feeling the effects of disruptive technologies and unconventional competitors,” the Deloitte report states.

The two pathways stand to prove substantial results in the long run when used effectively.

Big data is essential for insurers as it allows the utilization of artificial intelligence (AI) tools to fetch desirable results for decision-making which is at the core of operations.

“The number of smartphone users is also expected to grow to 6.1 billion by 2020, therefore increasing the amount of digital data available at an exponential pace. Insurers can tap into the increasing amount of data to aid in their business development, strategic choices and decision–making,” the report argues.

Big data will aid insurers in Tanzania with the necessary power to assess their pricing models, underwriting and risk selections processes. Development of relevant products will be seamless under the use of AI, while the improvement of claims management will be achieved, for example, with telematics data that has enabled insurers to have improved claims prevention and handling as they can track their customers’ usage, according to the Deloitte report.

Aligning the best software, state-of-the-art machines and best talents in tech is crucial to revolutionizing the insurance industry in Tanzania.

As technological dynamics shift, potential industries such as insurance must mimic the shift to stay relevant and effective.

This can be made possible in Tanzania under the current regulatory environment. Thus, in Tanzania Strategis Insurance has taken that helm and developed an app that not only makes purchasing of insurance products faster but also more flexible and convenient to customers.