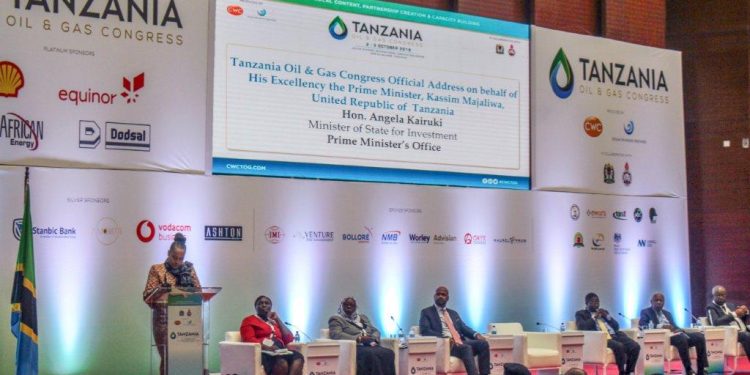 Tanzania vast energy wealth indicates that oil reserves are present, but yet undiscovered.

The 3rd Oil and Gas Congress took off on 2nd October, in commercial city Dar es Salaam, drawing in vital players from the Energy arena. The 3rd congress, saw a huge number of investors and technocrats leave with key and crucial messages and new prospects in the industry, including possible missions to embark on oil-discoveries and more gas reserves in Tanzania.

International delegates from top-notch companies in the world: Total, Shell, Equinor, Dodsal and representatives from neighboring countries working with Tanzania, in strategic oil and gas projects, Kenya, Zambia and Uganda, witnessed how Tanzania, is positioning its self to be the next powerhouse in Africa.

During the congress, Tanzania’s Minister of Energy, Hon. Dr. Medard Kalemeni, revealed rather vital information, that could transform the oil and gas landscape in Tanzania.

“Tanzania has not discovered oil yet, but it is developing strategies to embark on discovering oil” the Minister added.

According to the Minister, preliminary studies, show oil in Tanzania resides within the Rift Valley areas: Lake Tanganyika, Lake Rukwa and Tanga Block.

“In three years hopefully, Tanzania might discover oil” He added.

Minister Kalemani, took the moment, not only to usher in possible prospects in the sector, but also, to initiate strong foundations within the sector, by speaking about the rich history of oil and gas sector in Tanzania.

Further, Minister Kalemani, added that: despite of the acknowledge natural gas reserve—57.74 Trillion Cubic Feet (TCF) in the deep sea and on shore, more exploration for more oil is underway in West Songo Songo and Northern part of Mnazi Bay.

In a remarkable moment, Minister Kalemani, revealed to delegates and the rest of Tanzania, on 5.2 TCF, which is an additional reserve to add up to the discovered reserve of 57.74 TCF.

Hence, Minister Kalemani called out for investors to take a bite in Tanzania’s rich natural gas industry, encouraging all potential players to work with Tanzania, in exploring and producing, not only the offshore natural gas reserves, but also the onshore “surface” reserves.

Currently, Tanzania has consumed 0.5TCF of natural gas, 50 percent of it being used for power generation across Tanzania.

Strategic oil and gas partners, Uganda—represented by its top-executives from its Petroleum Authority and its Ministry of Energy, assured Tanzania and international delegates of their stern commitment and settling flying doubts on the recent deferred, East African Crude Pipeline (EACOP).

Ms. Irene Batebe, Ag. Commissioner Ministry of Energy and Mineral Development for  Uganda, commented on Uganda and Tanzania’s commitment, on developing strong but reliable project operations for the development of the two countries respective economies.

“The government is renegotiating and working with oil companies to ensure amicable settlements of the issue and support the resumption, and will continue working on optimal  ensuring solutions of the bottlenecks are found ” She added.

Players in the industry such as Dodsal, Wentworth, Shell and  Equinor, brought forth rather immaculate ideas and commitments in developing the sector.

Shell’s Vice President, Commercial and New Business Development, for Sub-Saharan Africa, insisted on working with the government, to ensure Tanzania becomes an energy reality, as it aspires to be.

Dodsal’s Managing Director – Mohammed Sahoo Alsuwaidi, enlighted delegates and Tanzania, on their commitment to ensure Dodsal’s main focus is to initiate progress in Tanzania, by creating a network of well-learned technocrats in the field.

Kenya's BrighterMonday to use algorithm to pick best candidates