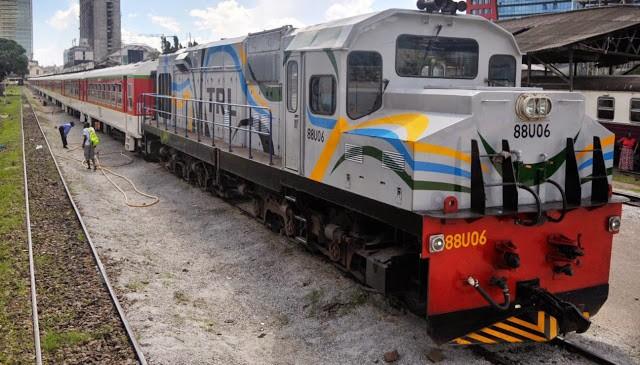 The railway stands to connect the country’s strategic regions with neighboring nations, whilst intensifying trade.

The Standard Gauge Railway (SGR) project, is a railway under construction in Tanzania which was seeded in 2016, linking the country’s strategic regions and neighboring countries including, Rwanda, Uganda, Burundi and the Democratic Republic of Congo (DRC), the anticipated project with the line length of approximately 1,800 kilometers, intends to revolutionize mobility and distribution of commodities in Tanzania, through replacing the ineffective meter-gauge railway system.

The Turkish (Yapi Merkez)  contractor, is on the clock to bring to life the awaited transportation machine that, might transform Tanzania’s economy (for starters; production, labor supply, and consumption). Tanzania Railway Corporation (TRC), the state-owned railway company, oversees a strategic railway network of 2,561 kilometers length, of which is a 112-year-old German colonial transportation remnant. Running from Dar es Salaam (nation’s
business hub) to Kigoma, then having a north-south connection Korogwe to Ruvu. More than USD 1.2 billion has been attached to the project, which will be executed within 30 months in a series of five phases across the entire nation: Dar es Salaam to Morogoro (300Km), Morogoro to Dodoma section(426Km), Dodoma to Isaka(435), Isaka
to Mwanza(220) and Isaka to Rusumo (371), and linking up with Rwanda and Burundi eventually.
In light of the past railway transportation operations complications, the government under President John Magufuli envisions a complete turnaround that will not only revitalize the economy but also chip-in a mobility relief for local travelers.
Running parallel with the German-built railway, the project could fare a competitive economic advantage fused on geographical specialization, the scale of production and supply for Tanzania over time and space. Having a 160 km per hour and with the capability to deal 17 million tons per annum, is an economical head-start that can be translated into viable strategies to regenerate, supply and distribution networks, beneficial inter-regional passenger traffic and employment which were lost in the past decade.

There is no beauty in having a rudimentary railway with 30 km per hour speed, 5 million tons of cargo handling ability per year, and as country of more than 57 million, with agriculture, trade, and construction contributing to the GDP, SGR weighs strong odds to stimulate the local economy. According to Transport Geography, it is estimated that; about 5 to 20 percent per annum can be attracted as return on the capital investment. Through employing the right measures, being an efficient transportation mechanism, SGR could reduce costs in many other associating economic sectors (extraction, manufacturing, and supply).
The physical capacity and demand can utilize the associated costs involved in moving people and cargo over space and time, while autonomously setting up new routes that interact with other economic entities over space and time. Mentioning the operational advantage as a crucial factor that TRC can capitalize on is not futile. Time is still a factor in play, whereas it takes up to 40 hours for a train to reach Kigoma from Dar es Salaam, thus a 160 Km per hours option is a convincing marker that can improve business reliability, downplaying loss and damage, whereby more cargo and passengers are conveyed more rapidly and efficiently.

However, the Director General of TRC, Mr. Masanja Kadogosa mentioned that through the new railway passengers will be able to travel between Dar es Salaam and Morogoro in 1 hours and 30 minutes. Taking the macro and microeconomic stances, Tanzania SGR weighs more advantage on the output level as transportation and mobility, it confers add up to employment and the nation’s economy, whereby the project is anticipated to create around 600,000 direct employment.

SGR could spur vital interactions within production, production costs, and consumption, thus the vitality of it could be mirrored in each sector of the economy (construction and mining for instance). More importantly, World Bank data shows in developing nations, higher income levels are associated with a greater share of the transportation of which stands at the second most important expense in a household. Thus, with this realization, it is up to TRC  to trade-wisely and reinvigorates railway transportation.

Available data indicate Tanzania industrial sector contributes 25 percent to the GDP, while the transport sector rose by 55 percent from 2007 -2015, from USD 1.3bn to USD 2.1bn. The latter means that billions stand to fetched from these lucrative sectors like agriculture, fisheries, forestry, mining, and construction stand to transform immensely, due to the fact that they involve a significant number of people and capital within the production that relies greatly on mobility for effective operations. SGR could offer necessary labor and capital to be placed in strategic zones over space and time to stimulate industries to demand skilled labor and the necessary capital to improve production.

Extensive markets can be drawn through reliable mobility. Reliable transport helps in the assembly of raw materials and distribution of finished goods, as these days no barriers limit expansion, Tanzanian business owners could move commodities across East Africa through SGR. However, SGR could promote geographical specialization; making Tanzanian regions working within the optimum and viable stretch of their resources. Hence, through agriculture, fisheries, mining, and forestry, Tanzania may fish out economies of large- scale production. The unit cost of production can be trimmed down, by reliable transport that can secure effective procurement of raw material, labor and distribute finished goods over space and time. Stability in prices is a prospect that SGR might fetch as, goods could be moved over space and time from areas with high-surplus and low prices dwell, to places in Tanzania where scarcity exists and prices are high. Picture billions of shilling generate from, textile, timber, fishing and agro-processing industries operating within reliable means of mobility.
Tanzanian authorities recently announced that the first phase operation of the 300km standard gauge railway (SGR) linking the business capital Dar es Salaam and Morogoro to the East, will begin on December 2019. Tanzania’s Minister for Works, Transport and Communication, Isack Kamwele, pointed out to the media that, the procurement of 1,430 cargo wagons, 20 locomotives, 60 passenger carriages and five sets of multiple trains has already begun.

Boost for trade as EABC secures US$ 3.2 million to address barriers

South Africa based UABA to train a million Africans on blockchain