That’s right—it is not on mere goodwill that the magnanimous sums are dished out; it is a two-way street. We give you this amount if you do this for us. This give and take barter in economics is known as conditionality. 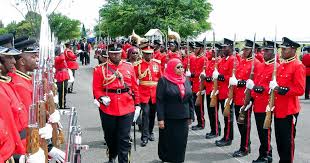 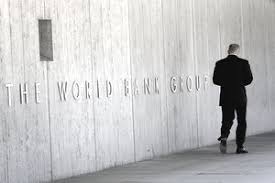 It is common to read such big and rather unfathomable amounts like US$1.15 billion ‘given’ to one or another African country by some international donor or one of the G7 who advice, or actually make up, the international donor bodies. What you do not hear on mainstream news is that these sums come with conditions.

That’s right—it is not on mere goodwill that the magnanimous sums are dished out; it is a two-way street. We give you this amount if you do this for us. This give and take barter in economics is known as conditionality.

To put it in the words of Kjell J. Havenevik, author of ‘The IMF and the World Bank in Africa (Conditionality, Impact and Alternatives), ‘Conditionality is the term given to the conditions relating to macro-policy elements which countries have to meet in order to get access to international loans and/or aid.’

We in the journalism science get information about the big sums ‘handed’ to African countries; what we usually do not get through the all-too-frequent press releases is the conditionality that comes with that money.

Digging for strings attached to the donor funding can be cumbersome to say the least and in some cases (if not most) even rather risky. After all, who wants a nosey journalist asking around what conditions are attached to this money? That would tell the public that its government has agreed on matters that the government would rather keep to itself.

While journalism integrity bids us to dig out the conditions, it is also a field where the first rule of engagement is safety first, so I proceed with caution.

In the same paper, Havenevik writes ‘It is argued in many papers that conditionality is also taking on a political character and may be linked to issues like ownership and the emphasis on market forces.’

Being a business paper let us leave out the political aspects and focus on the economics of things—the market forces.

Tanzania’s 6th President has managed to lure in a hefty financial support pledge from the World Bank after she met with World Bank country director for Tanzania, Mara Warwick.

The WB has reassured the East African nation that it will receive financial aid worth $1.15 billion (TSh2.6 trillion). Things are boarding up well for Tanzania because prior to this, said Ms. Warwick, the WB has already approved several other projects worth $4.9 billion. That is not all. Tanzania has been assured that next year, the WB will increase the financial support further.

So what are the economic conditionalities attached to this huge aid pact?

It is clear that the world was and is curious how Tanzania’s first female president will be received both at home and abroad and this funding by the WB is a strong sign of ‘approval’ by the international community.

Notwithstanding, the World Bank was clear about why it was extending the large package to Tanzania. “The ultimate goal was to ensure that the WB maintains its contribution towards the strengthening of infrastructure, markets as well as basic secondary and tertiary education.”

In fact Warwick, who is also country director for Malawi, Zambia and Zimbabwe, asserted that when it comes to supporting Tanzania’s economic stability and growth, “the WB will continue to finance development projects in Tanzania mainland and in Zanzibar.”

However we still don’t know of the conditionality. What are the must do’s and don’ts for Tanzania?

Tanzania’s Director of Presidential Communications, Gerson Msigwa expounded that the funding will go towards financing some five major projects. Of these development projects, the main focus will be in supporting the poor and persons living in dangerous environments.

On the other hand, when it comes to the Isles, the funding will go towards setting up digital systems in Zanzibar as well as setting up of solar power and improvement of rural water projects.

All of this sounds fine and dandy but the question lingers: what of conditionality? What is Tanzania’s opportunity cost for this funding? For instance, what of the AGOA and other trade pacts? Will Tanzania achieve its industrialization agenda if it cannot produce its own clothes because local industry is chalked up to buy cheap American imports under the AGOA pact? In other words, will Tanzania’s wings be clipped in return for this funding?

Let us leave it to the experts, using Nigeria and Tanzania as examples. In The IMF and the World Bank Paper, Havenevik, writes, ‘Thus conditionality is a price to be paid by borrowing countries for getting access to international resources.’

While it is unclear what the conditionality strings are attached to this particular WB funding what is clear is that it spells of continued relations between international donors and Tanzania, and that whatever they are, both parties are happy with the unsaid conditions.

Tanzania, under President Samia Hassan is happy to receive the funding and welcomes more aid from international communities. Local media quotes President Hassan having thanked the WB for “…the role it was playing in Tanzania’s development efforts.”

In a press statement released shortly afterwards, President Hassan said Tanzania still needs the support of the WB to enable it to meet its national socio-economic development goals.

Cash in lieu: What does it mean in motor insurance?

A class of their own - Uncorrelated Assets