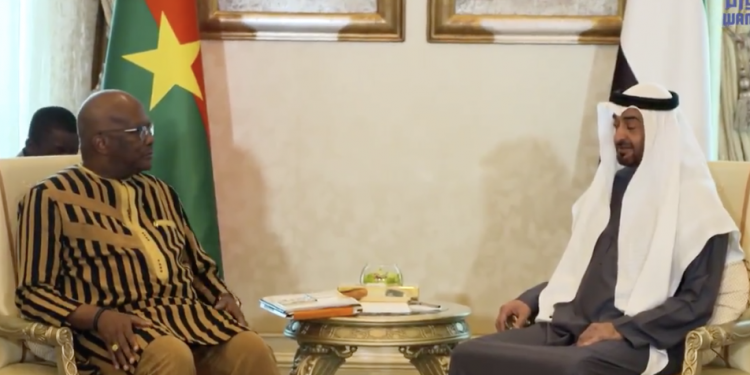 During the meeting, both heads of states discussed their bilateral relations and ways of improving and developing them in various areas

UAE has prioritised its relations with African countries based on mutual respect and common interests in order to achieve their country’s goals for development, progress and prosperity said his Highness Sheikh Mohamed bin Zayed Al Nahyan, Crown Prince of Abu Dhabi.

Over the past years, UAE has made progress in this goal deepening its overall relations with African countries, he added.

Sheikh Mohamed bin Zayed made this statement during a meeting at the Emirates Palace with Roch Marc Christian Kabore, President of Burkina Faso, who was visiting the country.

During the meeting, both heads of states discussed their bilateral relations and ways of improving and developing them in various areas. They also discussed the situation in the Middle East and Africa and regional and international issues of common concern.

The Emirati leader further added that the relations between the UAE and Burkina Faso have the potential for development and growth in the areas of the economy, investment and trade.

President Kabore said he was keen to develop the relations between the UAE and Burkina Faso, adding that the UAE is an evolving development model and plays a key role in supporting regional and international development, peace and stability.

During the meeting, Kabore andSheikh Mohamed witnessed the signing of two agreements between their countries to expand their mutual cooperation.

While the second agreement, which aims to support and finance small and medium-sized enterprises (SMEs) was signed by Hussain Jassim Al Nowais, Chairman of the Khalifa Fund for Enterprise Development, KFED and Barry.