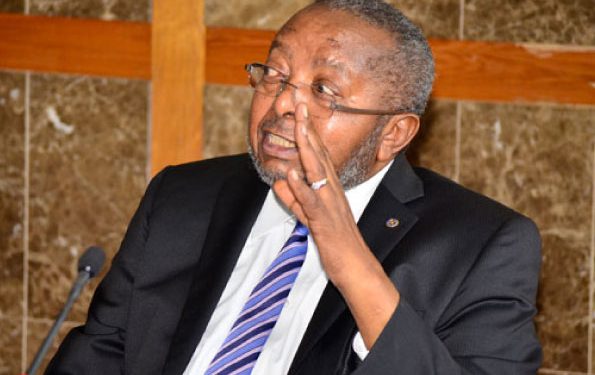 Bank of Uganda said that servicing debts is putting pressure on the Central Bank to accumulate foreign exchange reserved for future imports.

The Bank of Uganda has warned government against the accumulation of foreign debt, saying the central bank is under a lot of pressure to obtain foreign exchange to repay loans.

Speaking during the IMF and AfDB-organised conference in Kampala during the weekend, Bank of Uganda Governor Emmanuel Tumusiime Mutebile, said that the rising cost of servicing the debts is putting pressure on the Central Bank to accumulate foreign exchange reserved for future imports.

“The biggest challenge for Bank of Uganda (BoU) is how to accumulate foreign exchange reserves to service external debt. The forex reserves have to be purchased from the domestic market, without causing sharp exchange rate depreciation pressures that would eventually pass through to domestic inflation, thereby warranting tightening of monetary policy and later on impacting on economic growth,” said Mr Mutebile

He added that the Central Bank estimates the required foreign currency purchases will rise in the next five years before oil proceeds start flowing in.

“Buying these amounts without causing sharp exchange rate depreciation pressures in a shallow foreign currency market is a real challenge,” he added.

“Therefore, it is necessary to examine the trade-offs of our public expenditure choices as well as the sustainability of the outcomes at this point so that we can undertake the necessary pivoting away from suboptimal policy options, or indeed, to consolidate the progressive initiatives for equitable development as we go forward,” he said.

Early this year, Uganda’s public debt was projected to reach $18 billion —or more than 50 per cent of the country’s GDP  by the end of financial year 2022/23.

New tool to track women lending in the offing