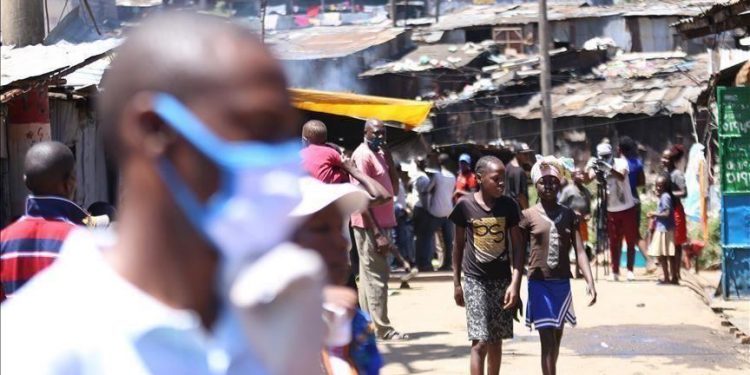 Over the past few days, the East African corridor witnessed a border closure that had serious impacts to Tanzania, Zambia, and Democratic Republic of Congo (DRC).

According to information from The Citizen, the border saga has a new ground as Kenya allowed Tanzanian truck drivers to cross the Namanga entry point, prior clarifying their COVID-19 test results.

Kenya, Uganda, Rwanda, Tanzania, and Zambia make up over 2,000 cases of the coronavirus. The pandemic forced the Tunduma-Nakonde border vicinity to be monitored closely as the Nakonde district recorded 76 new cases on Saturday.

However, government authorities in Tanzania said yesterday of the 300 trucks that were denied entry into Kenya until their drivers had undergone Covid-19 tests, had been allowed to proceed.

This is a consequent measure brought to curb the virus, as on Tuesday two truck drivers tested positive compelling Kenyan health authorities requiring truck drivers to undergo mandatory testing of the virus at the border.

“We have reached an agreement. One can now test in Tanzania and then produce the results certificate at the border to be allowed by the Kenyan authorities to proceed with the journey,” he said. Sadly, those who tested positive were denied entry into Kenya, according to information from The Citizen.

As the virus spread intensified and takes different dynamics in most parts of the region, Kenyan health ministry said yesterday that it has turned back 25 truck drivers who tested positive for Covid-19 in the last 24 hours at the Namanga border point. The nationals denied entry included 23 Tanzanians, a Ugandan and a Rwandan.

The current border closing saga draws breath amid the East African Community (EAC) presidents (excluding Burundi and Tanzania) agreeing to establish a fund for small and medium business to cushion their economies from the virus impact.

Tanzania being geographically located on a strategic vantage point is feeling the pinch same as Zambia relying on Dar es Salaam port for its imports. Reports highlight that, the value of cargo moved through the border destined for Zambia, DRC and Zimbabwe annually accounts $1.5 billion.

Due to the sensitivity of the scenario, the chairman of clearing agents association at the border Waziri Msangi said that Zambian government-directed customs clearing agents earlier yesterday to clear oil tankers so they can enter Zambia, according to a report from the Citizen

“We were asked to clear all oil tankers and avert creating a petroleum crisis in Zambia but as clearing agents, we refused. We want the Government of Zambia to allow all vehicles at the border to be cleared,” he said.

The decision was reached because almost 85 per cent of vehicles that were stranded at the border were destined for the DRC.

“So we thought the decision to allow only oil tankers was not in good faith rather, it was simply meant to help one country in its petroleum requirements,” he said.

As the virus gets new dynamics, contrary to its other members Tanzania has did not roll in lockdown, and the government urged its citizens to proceed with activities while adhering all health precautions.

Further, reports note that—by yesterday evening, almost 1,500 trucks would have been stranded at the Tunduma-Nakonde border. Hence, in respect to the latter, the chairperson highlighted that “We have asked TRA [Tanzania Revenue Authority] to ensure that they do not allow the processing of oil tankers only at the expense of others,”

Tanzania and Zambia have been sustaining a long-standing business and political relationship, thus—the current pandemic precautions have made both nations to take necessary precautions.

However, according to The Citizen, Zambia’s Muchinga Province Minister Malozo Sichone told Reuters by phone from Nakonde on Tuesday that the country had a good number of trucks that needed to be cleared to go out of the central African nation.

The minister went further and highlighted that the priority would be given to trucks entering Zambia with essential goods such as fuel, medical supplies and food.

The minister did not reveal the duration of the closure changing the flow of cargo transit, saying “What will inform us is the extent to which we disinfect the town and test people,” Sichone told Reuters.

Henceforth, the community has called for flexibility in the application of rules and procedures concerning the crisis but also harmonizing their certification system and virus test result sharing.